LONDON (Reuters): Tougher bank capital requirements since the financial crisis have not crimped lending to small companies, a report from global regulators said on Friday.

The findings are unlikely to stop what central bankers see as a growing pushback in Europe against the final package of the “Basel III” banking rules that has yet to be implemented.

Basel is aimed at avoiding taxpayers having to bail out undercapitalised lenders as during the 2007-09 market meltdown. 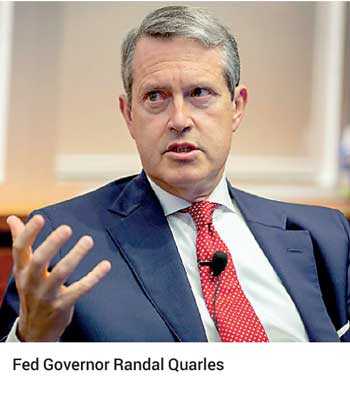 Banks are the main source of funding for small and medium sized enterprises (SMEs), especially in Europe, and they have long warned that overly burdensome rules would crimp lending.

But the Swiss-based Financial Stability Board, made up of regulators and central bankers from G20 countries, said its evaluation of Basel rules implemented so far found “no material and persistent negative effects” on lending.

There was some evidence of lending being temporarily slowed down at less capitalised banks, added the FSB, a driving force behind the new Basel rules and chaired by Fed Governor Randal Quarles.

The main driver of lending, which is still not back to pre-crisis levels in some countries, is the state of the economy, the FSB said.

Banks in the European Union have stepped up lobbying to water down the remaining Basel rules that the bloc is set to transpose into EU law, citing a G20 pledge not to increase overall capital requirements.

Last week EU banks published a study they commissioned which said lenders in the bloc will need 300 billion to 400 billion euros in extra capital to implement outstanding Basel rules and maintain buffers well above minimum levels to reassure investors and markets.

Banks were critical of the EU’s banking watchdog which said over the summer that the remaining Basel rules equate to 135 billion euros in extra capital, a sum lenders can find relatively easily given a phase-in that stretches to 2027.

The EU officials have said it would make full use of the phase-in period, but central bankers worry that EU lawmakers will forget hard lessons from the financial crisis a decade ago.

Bank of France Governor Francois Villeroy de Galhau said this week that a certain number of mainly banking voices are calling for the remainder of Basel III not to be implemented.

“I think that by not transposing Basel III we would be making a grave error. I don’t believe at all that it will have a negative effect on credit growth or growth,” Villeroy said.