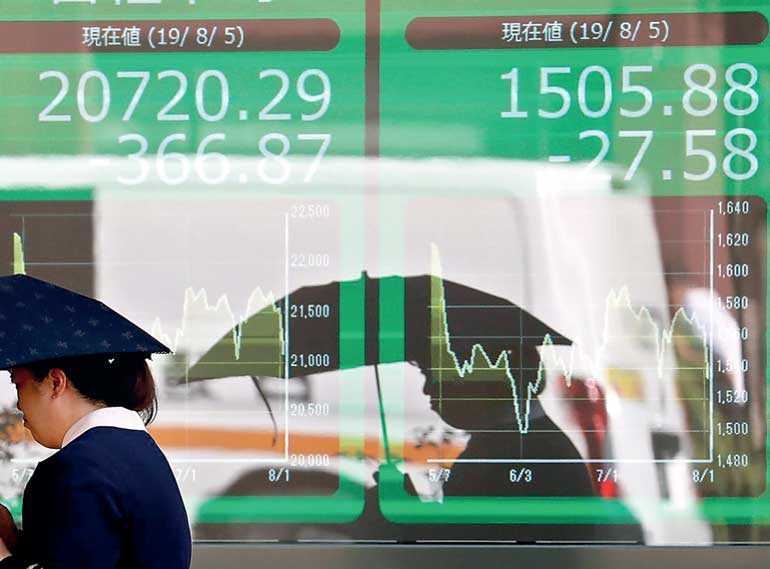 SYDNEY (Reuters): Asian shares made guarded gains on Monday as investors braced for another week of likely conflicting commentary on the Sino-US trade dispute, while the outperformance of recent US economic data gave the dollar a leg up on its peers.

On Saturday, US national security adviser Robert O’Brien said an initial trade agreement with China is still possible by the end of the year, but warned Washington would not turn a blind eye to what happens in Hong Kong.

The comments add to worries that a Chinese crackdown on anti-government protests in Hong Kong could further complicate the talks.

Over the weekend, pro-democracy candidates in Hong Kong romped to a landslide and symbolic majority in district council elections in the embattled city.

Reuters reported an ambitious “phase two” trade deal was also looking less likely, according to US and Beijing officials, lawmakers and trade experts.

In currency markets, the dollar had rallied on Friday when US manufacturing surveys beat forecasts, just as European Union numbers disappointed.

Federal Reserve Chair Jerome Powell speaks later on Monday and is expected to underline the steady outlook for rates given the better economic figures.

Oil prices held near two-month highs helped by expectations of an extension to OPEC+ production cuts.