Home / Environment/ To halt deforestation, researchers say we must listen to the forests

To halt deforestation, researchers say we must listen to the forests 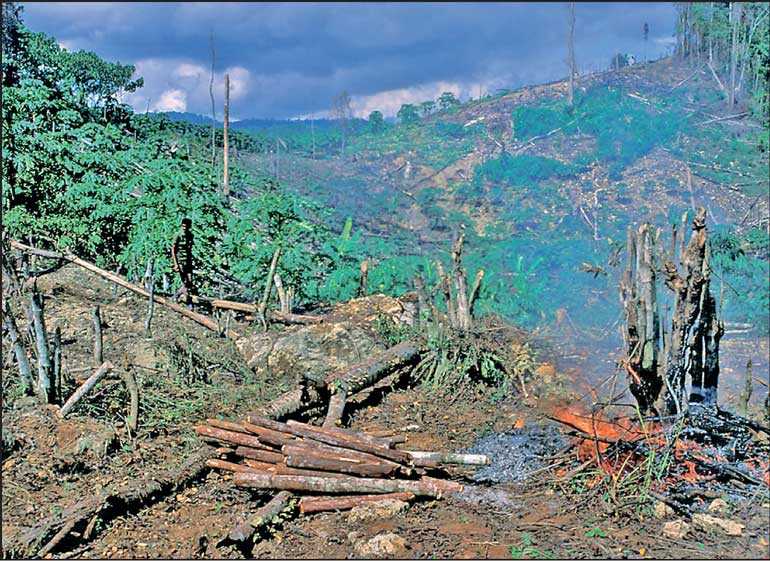 Thomson Reuters Foundation: Conservationists and palm oil companies tackling deforestation and forest fires must rely less on satellite imagery and instead start listening to the sounds of the forests, according to a report published on Friday.

The use of “bioacoustics” to record, monitor and log background sounds – like animals, insects and human activity – provides data needed for more effective conservation, researchers said in a paper published by the journal Science.

“You can look at a primary forest, map the soundscapes to see what is normal and then do the same at a logging concession, plantation or hunting area,” said co-author Rhett Butler.

“With a camera trap, you’re at risk of a hunter or poacher coming in and destroying it. But audio equipment you can mount up to 30 metres up a tree and nobody will see them.”

At the moment, most conservation efforts and studies rely on sample data from an area or satellite imagery that only shows forest cover, does not pick up selective logging, and may have problems with cloud cover, Butler added.

The world lost tree cover the size of Italy in 2017 as forests were cleared using fire to make way for farms, according to Global Forest Watch.

Deforestation is also a key factor behind global warming, accounting for about 15% of annual emissions of heat-trapping gases.

Southeast Asia’s palm oil industry has come under close scrutiny in recent years from green activists and consumers, who have blamed it for forest loss and fires.

But late last year, the industry’s global watchdog adopted a stricter set of guidelines that included a ban on cutting down forests or converting peatlands for oil palm plantations.

Bioacoustics could be a good way for zero-deforestation palm companies to protect their conservation areas and detect any immediate threats to their reputation, Butler told the Thomson Reuters Foundation by phone from San Francisco.

Relatively cheap audio equipment can be used to record and monitor subtle changes to wildlife or send alerts when gunshots, vehicles or chainsaws sounds are logged, he added.

The sounds of human voices or fire in a forested area could also alert and pinpoint an at-risk area to help Indonesia tackle its annual forest fires, Butler said.

The paper recommended the creation of a global organisation to host an acoustic platform that produces on-the-fly analysis from the data collected using bioacoustics.

Not only could the data be used for academic research, but it could monitor conservation policies and strategies employed by companies around the world, the authors added.