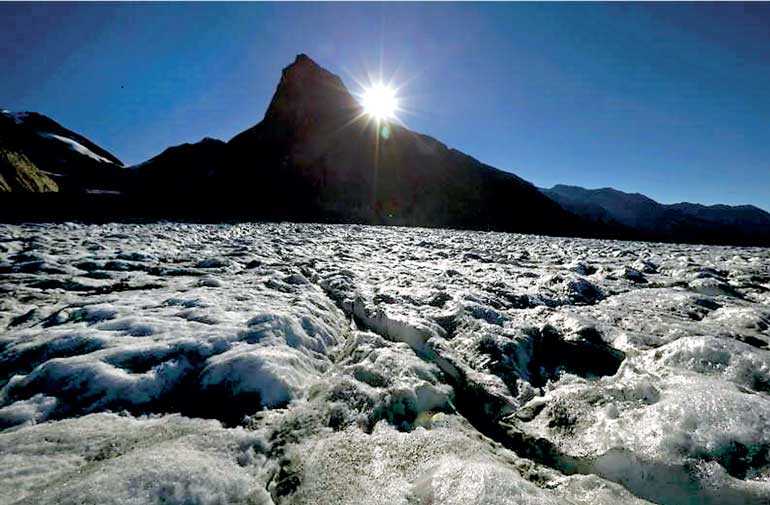 The sun rises behind the Konkordia Hut on the Aletsch Glacier, Switzerland, 29 August 2015 - Reuters

BASEL/LONDON (Reuters) - Central banks can’t be expected to save the world from climate change, a new book by the Bank for International Settlement said on Monday, urging instead global co-ordination ranging from government policy to financial regulation.

The book, titled “the Green Swan”, in a play on the idea of “black swan” events, warned of the potentially seismic effects of climate change on the world’s financial system.

The number of extreme weather events has quadrupled over the last 40 years. Only 44% of the financial losses caused by those types of events are now covered in the United States. In Asia it’s just 8% and in Africa only 3%.

“I think we might be on the brink of observing something that might be behind the next systemic financial crisis,” Luiz Awazu Pereira Da Silva, one of the book’s main authors, told reporters.

If the more extreme climate scenarios start to play out, central banks, having played a vital role in the financial crisis, might be asked to step in as the “climate rescuer of last resort”.

“There is no silver bullet,” Pereira Da Silva cautioned. “Central banks are not going to save the world again.”

In a forward to the book, the head of France’s national central bank, François Villeroy de Galhau, added that climate change needed to be part of all economic and forecasting models.

The book said current regulation based on capital requirements for banks won’t be able to mitigate the catastrophic effect of climate change on the financial system.

New policy mixes are needed instead, involving governments, central banks and prudential or capital requirements. But that would require unprecedented international coordination at a time, when the global framework for finance is “seriously compromised”, the book said.

Regulators monitor risks by using historical data and assumptions that are now “largely irrelevant to assess future climate-related risks”. Assessing the risks, therefore, requires a reset in the regulatory approach, which has already begun in the financial community with the development of forward-looking, scenario-based risk-management methodologies, the book said.