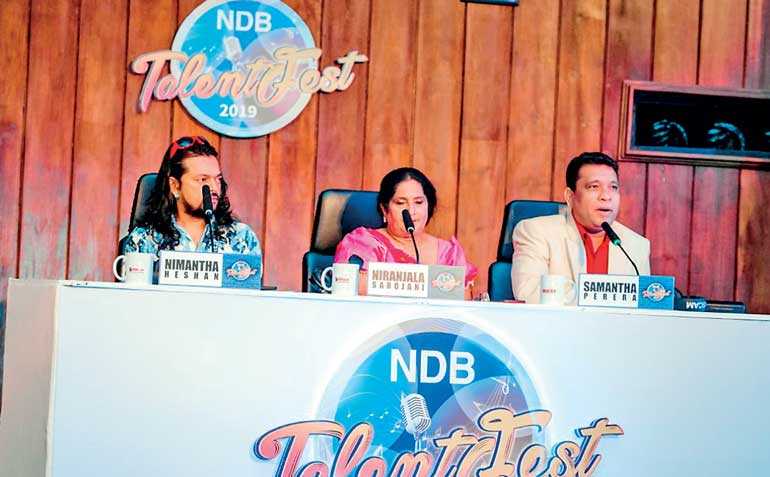 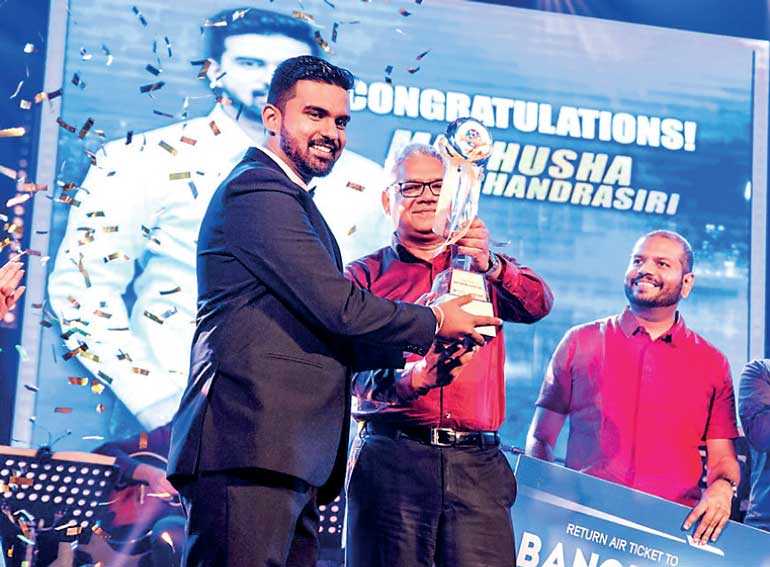 NDB recently held the bank’s TalentFest 2019 amidst glamour and glitz at the Defence Services College, Auditorium.

The TalentFest showcased five finalists from a competition held within three months of the year 2019 with eminent judges including Samantha Perera, Niranjala Sarojini and Heshan Gamage.

Madusha Chandrasiri from the Human Resources Department emerged at the Star of NDB closely followed by Shashini Fernando in second place and Janith Anderson in third place, while Heshan Fernando and Geeth Abeynayake emerged fourth and fifth respectively.

The NDB TalentFest was organised for the first time by the NDB Staff Recreation Club, headed by President Kalinga Senanayake. The TalentFest opened up a platform for the bank’s staff to showcase their singing talents and will continue on to showcase other talents in the future.

The NDB Staff Recreational Club often organises such events in order to encourage the bank’s employees, their spouses and families to be a part of the bank via its many recreation activities. The bank’s ultimate goal is to ensure employee satisfaction to the maximum.

NDB Bank, which is the first and to date the only corporate in Sri Lanka to officially be certified with EDGE Certification (Economic Dividend for Gender Equality) is a premier retail Bank with over 112 branches across the island, serving millions of Sri Lankans through a host of financial services.

From its inception, the NDB Group which includes NDB Bank, NDB Capital, NDB Investment Banking, NDB Wealth, and NDB Securities has been a catalyst in the development of the nation, strengthening and empowering entrepreneurs, corporates and individuals from all strata of the economy. Customers across all group companies have benefited from the product and service offerings of the NDB Group.