Longlist announced for the DSC Prize for South Asian Literature 2018 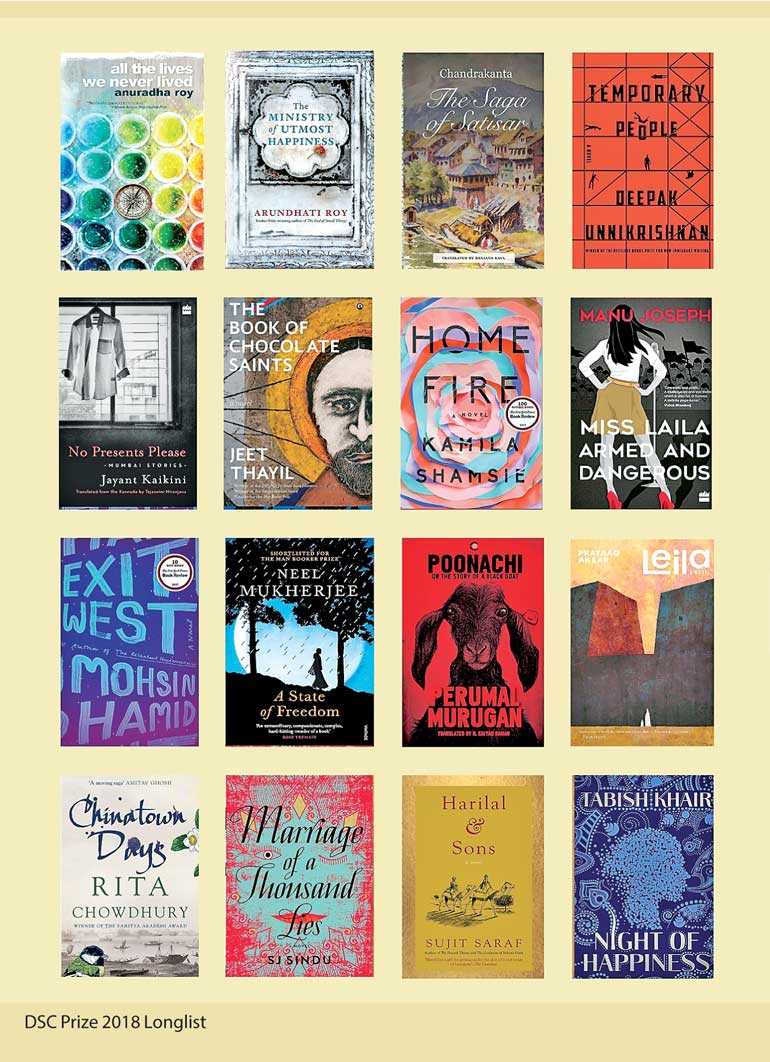 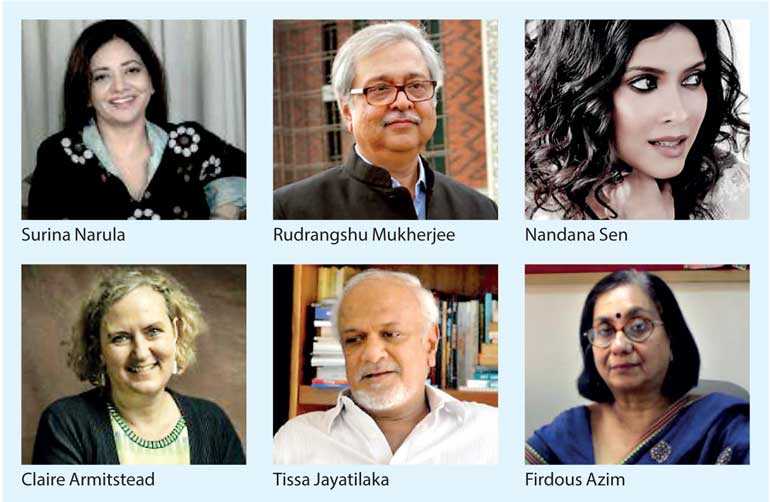 The much anticipated longlist for the $ 25,000 DSC Prize for South Asian Literature 2018 was announced on 10 October by eminent historian and academic Rudrangshu Mukherjee, who is the chair of the jury panel for the distinguished prize.

The longlist of 16 novels which was unveiled at the Oxford Bookstore in New Delhi includes 4 translated works where the original writings were in Assamese, Kannada, Tamil and Hindi. The longlist features six women authors and three women translators, and two outstanding debut novels that find place alongside the works of several established writers.

The longlist represents the best of South Asian fiction writing over the last year and includes submissions from a diverse mix of publishers and authors of different backgrounds writing on a wide range of issues and themes.

The novels include stunning portrayals of migration, war and the pain of displacement, poignant love stories, the exploration of new found relationships and identities, and vivification of the personal struggles, hopes and aspirations that symbolise the urgent and divisive realities of contemporary South Asian life.

Apart from authors based in South Asia there are writers based outside the region who have incisively and evocatively brought alive the subtle nuances of South Asian life and culture. The longlist announcement event was attended by publishers, authors and literary enthusiasts who welcomed the selection of the longlist.

This year the DSC Prize, administered by the South Asian Literature Prize & Events Trust, received 88 eligible entries and the five member international jury panel diligently went through these entries to arrive at this year’s longlist of 16 novels which they feel represent the best works of fiction related to the South Asian region.

The longlisted entries contending for the DSC Prize for South Asian Literature 2018 are:

Speaking on the occasion, Mukherjee: “It gives me enormous pleasure to announce this longlist of 16 works of fiction for the DSC Prize for South Asian Literature 2018. My fellow jurors and I read through over 80 works of fiction and then arrived at this list of 16 which we will further prune to prepare a shortlist and then finally a winner. It was an exhilarating and an exhausting exercise reading these books and then preparing this list. Exhausting because of the work involved and I don’t need to emphasise this. Exhilarating because of the plethora of extraordinary talent that we encountered. Writers were willing to experiment with form, with unusual themes and to express themselves with elegance. I encountered touching poignancy, wit and verve and great inventiveness. In many ways trying to judge such a talented group of writers is a humbling experience. I am certain when we finish the entire judging process, I, at least, will emerge from it an enriched human being.”

The jury will now deliberate on the longlist over the next month and the shortlist of five or six books for the DSC Prize 2018 will be announced on 14 November at the London School of Economics & Political Science (LSE) in London. Thereafter the jury would meet once again to arrive at the final winner that would be announced at a special Award Ceremony to be hosted in a South Asian city.

Surina Narula, Co-Founder of the DSC Prize, said, “I commend the jury panel for going through all the entries and coming up with such an excellent longlist for the DSC Prize for South Asian Literature 2018. I find the longlist exciting and feel that each of the novels is a must read as they successfully bring out the nuances and challenges of the ever evolving South Asian life. It is heartening to note that this year’s longlist of 16 novels includes four translations which highlight the language diversity of the writing about this region. I am delighted that over the last eight years, the DSC Prize has been successful in its objective of bringing the immense talent writing about the South Asian region to a larger global audience. I would like to congratulate each of the longlisted authors and translators, and wish them the very best. Given such a strong longlist, it will be interesting to see which books make it to the shortlist from here.”

The announcement was preceded by a special panel discussion on Translations in South Asian Writing where eminent translators and academics Rakhshanda Jalil and Arunava Sinha were in conversation with academic Amrita Bhalla. Several relevant issues and nuances related to translations were discussed which kept the attending audience captivated.

The DSC Prize for South Asian Literature prides itself on a thorough and transparent judging process and is modelled on global best practices. The five-member international jury panel, which comprises literary luminaries drawn from diverse geographies and expertise, is solely responsible for deciding and arriving at the longlist, the shortlist and the ultimate winner and their adjudication is final.

This year’s international  jury panel includes  Rudrangshu Mukherjee, Jury Chair, Professor of History and the Chancellor of Ashoka University and an internationally acclaimed historian of the revolt of 1857 in India, Nandana Sen,  a writer, actor and child-rights activist and  author of six books, who has worked as a book editor, a poetry translator, a screenwriter, and a script doctor, Claire Armitstead , Associate Editor, Culture, for the Guardian in London who has been a theatre critic, arts editor and literary editor, Tissa Jayatilaka, who has been the Executive Director of the United States-Sri Lanka Fulbright Commission and is the author of several publications and has translated and edited many journals, and  Firdous Azim, Professor of English at BRAC University, Bangladesh, whose research has focused on women’s writings in the early twentieth century Bengal.

The $ 25,000 DSC Prize for South Asian Literature which was instituted by Surina Narula and Manhad Narula in 2010, is one of the most prestigious international literary awards specifically focused on South Asian writing. It is a unique and coveted prize and is open to authors of any ethnicity or nationality as long as the writing is about South Asia and its people. It also encourages writing in regional languages and translations and the prize money is equally shared between the author and the translator in case a translated entry wins.

Now in its eighthyear, the DSC Prize has been successful in bringing South Asian writing to a larger global audience through rewarding and showcasing the achievements of the authors writing about this region. Past winners of the DSC Prize have been H.M. Naqvi of Pakistan, Shehan Karunatilaka of Sri Lanka, Jeet Thayil and Cyrus Mistry from India, American author of Indian origin Jhumpa Lahiri, Anuradha Roy from India, and Anuk Arudpragasam of Sri Lanka who won the prize last year.