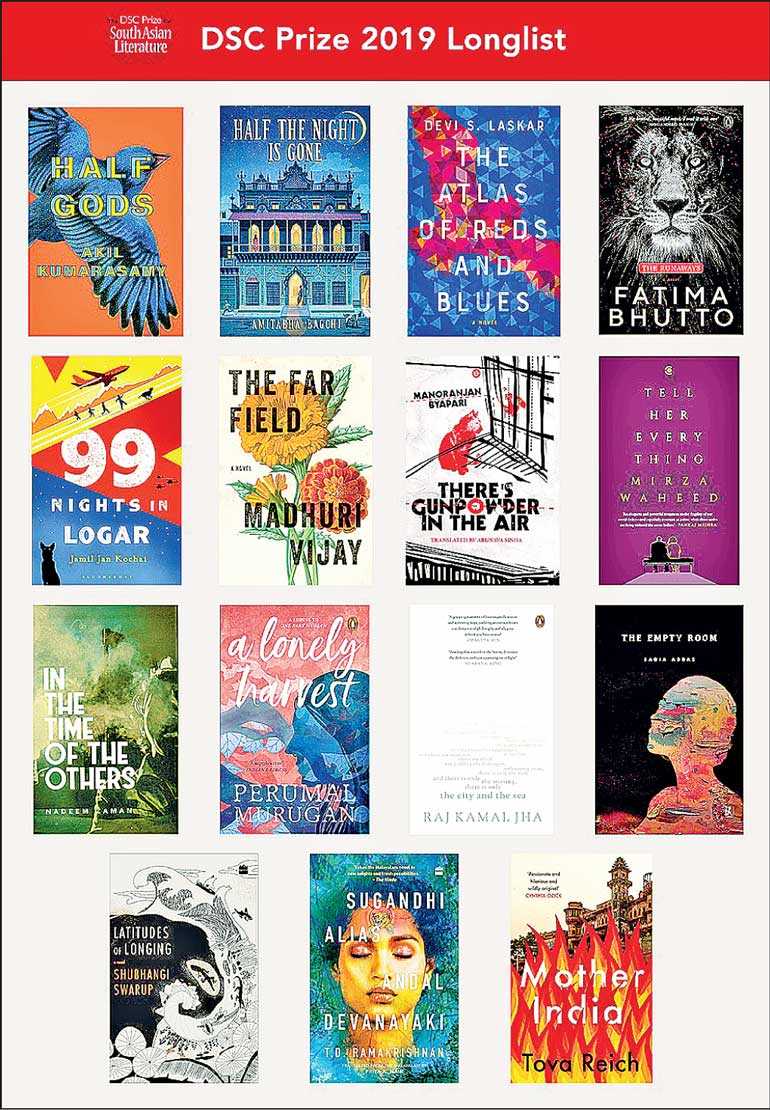 The $ 25,000 DSC Prize for South Asian Literature, which is now in its ninth year, has announced its keenly awaited longlist.

The longlist of 15 novels, which represent the best in South Asian fiction writing, was unveiled by the chair of the jury panel Harish Trivedi at a special event at the Oxford Bookstore in New Delhi. The list comprises three translated works from Malayalam, Tamil and Bengali, seven women authors and seven debut novelists, which highlights the growing diversity and the power of new writing in the South Asian literary landscape.

The increasing globalisation of South Asian writing is brought alive by the fact that quite a few of the longlisted authors are based outside the region, including an American writer without any South Asian ethnic roots, and they have all written with the same in-depth perspective and understanding of South Asian life and culture as their counterparts based in the region. A wide spectrum of South Asian themes across geographies is visible in the longlist which includes writers of Indian, Pakistani, Bangladeshi, Afghan and Sri Lankan origin. The selection of the longlist was enthusiastically welcomed by publishers, authors and the literary personalities who attended the event.

The longlist includes several debut novels including Half Gods by America based author of Sri Lankan origin, Akil Kumarasamy which is set against different backdrops including the Sri Lankan civil war, and relates the stories of lives torn apart and then brought together by new, diasporic realities.

The longlisted entries contending for the DSC Prize for South Asian Literature 2019 are:

Speaking on the occasion, Harish Trivedi, Chair of the jury commented, “We read 90 novels at the average rate of one a day – an exhilarating, enlightening and humbling experience. Some of the novels we read narrated the nation. Some others explored individual subjectivities and yet aligned them to a broader social and political reality. Some grabbed us by the throat not so much for what they were saying but for how they said it. Many were set in multiple time-spans and international locations. The five of us jurors, located in five different countries, have eventually arrived at this longlist of 15, which is diverse and inclusive both intrinsically and by design. Thus, we have here seven women, three works of translation, writers of Indian, Pakistani, Bangladeshi, Afghan and Sri Lankan origin, and, for good measure, one American writer with no ethnic connection to South Asia whatsoever. Apparently, South Asia is to be found all over the globe and comes in all colours and complexions.”

The jury will now further evaluate the longlisted entries over the next month and the shortlist of five or six books for the DSC Prize 2019 will be announced on 6 November, at the London School of Economics and Political Science (LSE) in London. Thereafter the jury would meet to arrive at the final winner that would be announced at a special Award Ceremony on 16 December 2019 at the IME Nepal Literature Festival in Pokhara in Nepal.

Surina Narula, co-founder of the DSC Prize said, “I would like to thank the international jury panel for going through all the entries and coming up with such an excellent longlist for the DSC Prize for South Asian Literature 2019. Each of the 15 longlisted books vividly brings out the changing nuances of South Asian life and the effect that globalisation has had in this region. I am delighted to see the strong presence of debut novelists, women writers and translations on this list as well as voices from beyond the region writing about South Asia. This is a strong endorsement of our vision for the prize, as over the last nine years, it has been able to showcase the immense and diverse talent writing about this region and present it to readers across the world. My congratulations to each of the longlisted authors and translators, and I look forward to seeing which books make it to the shortlist from here.”

The longlist announcement event commenced with a keynote address made by eminent feminist publisher and writer Ritu Menon who spoke about ‘Women in South Asian Writing’ and how women writers and translators are playing a key role in the South Asian literary landscape. Several important and relevant issues related to writing about the South Asian region were highlighted which kept the audience captivated.

The DSC Prize for South Asian Literature prides itself on a thorough and transparent judging process and is modelled on global best practices. The five-member international jury panel, which comprises literary luminaries drawn from diverse geographies and expertise, is solely responsible for deciding and arriving at the longlist, the shortlist and the ultimate winner and their adjudication is final.

This year’s international jury panel includes Harish Trivedi, (Jury Chair) former Professor of English at the University of Delhi who has written extensively on colonial and post-colonial literature, Jeremy Tambling, former Professor of Literature at the University of Manchester with an interest in present and past literatures, in critical theory, and in film, Kunda Dixit, Editor of the Nepali Times newspaper in Kathmandu, and author of several books on the South Asian region, climate change and technology, Carmen Wickramagamage, Professor of English at the University of Peradeniya, Sri Lanka, whose work has focused on feminism, postcolonial theory, and ‘Third World’ women writers, and Rifat Munim, a bilingual writer, essayist, and translator, and the literary editor of Dhaka Tribune in Bangladesh, with special interest in South Asian English writing.