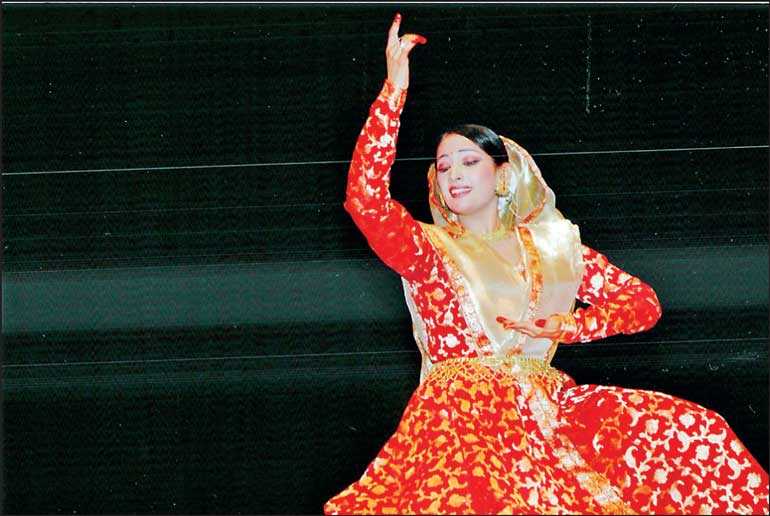 Vidha Lal, a multi-faceted Kathak exponent, is a disciple and daughter-in-law of renowned guru and Sangeet Natak Akademi awardee, Smt. Geetanjali Lal of Jaipur Gharana. She completed her diploma (hons.) from the National Institute of Kathak, New Delhi, in 2000, and is a scholarship holder of Kathak Kendra, New Delhi.

Vidha Lal has performed in various festivals, such as Saptak Music and Dance Festival, Vividha Sanskritik Parv organised by North Central Zone Cultural Centre, Allahabad, Ministry of Culture Government of India, and Suryaprabha Dance Festival, at Vadodara, India. Richa Gupta started learning the nuances of Jaipur Gharana from the age of five under the tutelage of Guru Ghanshyam Gangani. Currently, she is being trained by her Guru-Bhai Manoj Gangani who is the disciple of Guru Geetanjali Lal and Guru Rajender Gangani. She has completed B.A. in Kathak Dance from Prayag Sangeet Samiti, Allahabad.  Richa Gupta has been honoured with several awards, such as Natwar Gopikishan National Award (2017) by All India Dancers Association; Arjun Mishra Award (2019); Padmavati Pratibha Award (2015); Natraj Bhushan Award (2015); and the ‘Film Media Award’ in the field of Dance by U.P. Films Photo Journalist Welfare Association, in 2007 and 2009. Richa Gupta has performed in various festivals, such as Kathak Mahoutsav of Jaipur Kathak Kendre, Riyawat festival (Amravati), Kalingawan festival (Bhuvneshwar), Ayantavila Shree Mahalakshmi National Dance Festival, Articulate Festival (Mysore), and Dubai International Dance.