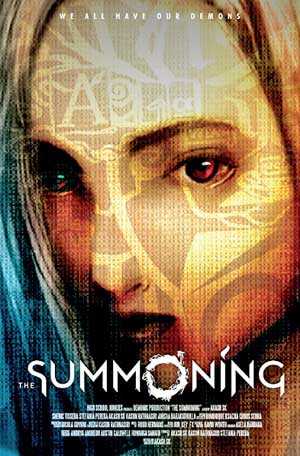 The upcoming independent horror film by High School Junkies, ‘The Summoning’ will make its premiere in Sri Lanka at the National Film Corporation, Colombo today at 6.30 p.m.

Conceived late last year as a quick skit for Halloween 2017, the film has become one of the most challenging projects undertaken by the team to date.

The Summoning revolves around a group of four friends who discover an ancient séance table and inadvertently summon an entity that seeks its own vengeance. The short film pays homage to the Raimi-era of horror whilst putting a spin on the horror classic Ouija board.

The short film was shot in Negombo over four nights whilst the post-production spanned over four months. The Director, who was not so fond of the genre at the outset, spent months watching, learning and absorbing the quintessential elements of horror factor from renowned movies – paving the way to the production of a film on par with a Hollywood Blockbuster.

Their success with EIDETIC inspired Akash to take the film to Los Angeles, United States in July, where it was screened to a few producers and was met with rave reviews.

‘The Summoning’ features expert voices: David Worth, Cinematographer in two Clint Eastwood films, who made a key contribution to the film’s technical aspects as an Advisor and Mentor; and Ruwanga Samath, the Sri Lankan-born, LA-bred composer of Fast Five, who assumed the role of Executive Producer of The Summoning upon seeing its final production.

A trailer of the film is available for preview at facebook.com/highschooljunkies. The Summoning will be released online on 31 October via YouTube.