‘Bombshell’ in Lankan cinemas from today 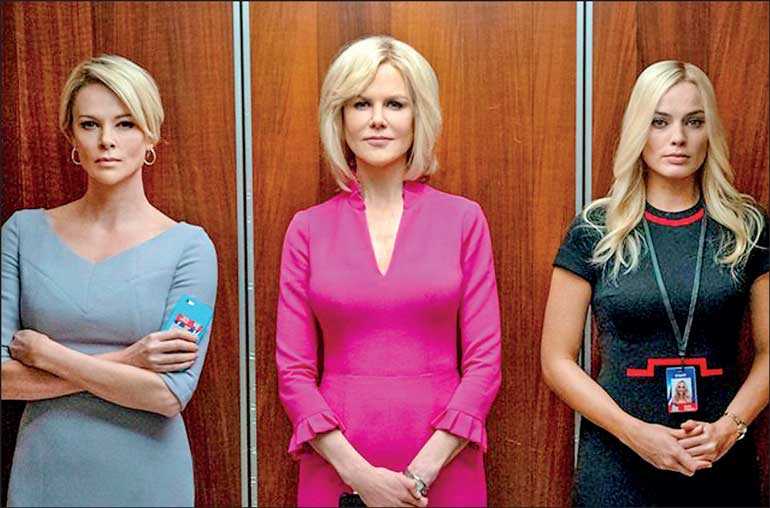 The film stars Charlize Theron, Nicole Kidman, and Margot Robbie, and is based upon the accounts of several women at Fox News who set out to expose CEO Roger Ailes for sexual harassment. Actors John Lithgow, Kate McKinnon, Connie Britton, Malcolm McDowell, and Allison Janney appear in supporting roles. The film is directed by Jay Roach and written by Charles Randolph.

When Gretchen Carlson slaps Fox News founder Roger Ailes with a lawsuit alleging sexual harassment, not a soul could predict what would happen next. Her decision leads to Fox News correspondent Megyn Kelly coming forward with her own story, as well as multiple other women, inciting a movement that reverberates around the world.