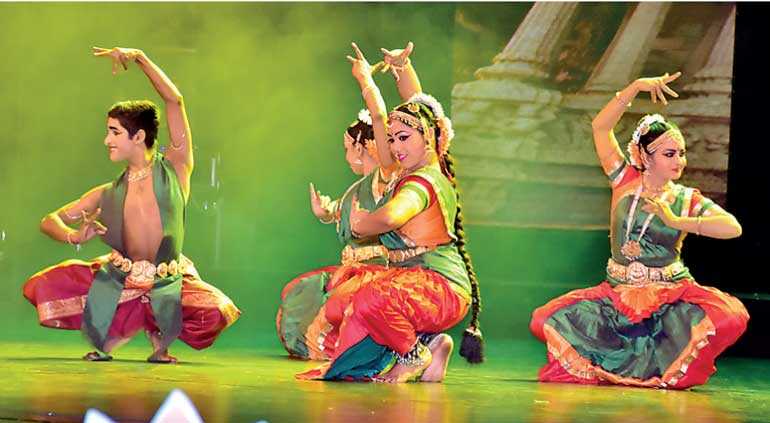 Text and pix by Ruzaik Farook

The Ministry of Buddhasasana, Cultural and Religious Affairs in collaboration with the Department of Cultural Affairs had organised the 35th Kalabooshana State Awards Ceremony that was held at the Nelum Pokuna Theatre Colombo recently. Minister of Education, Sports and Youth Affairs Dullas Alahapperuma and Independent Television Network Former Director Hassim Omar presented awards to film actress Sumana Amarasinghe and writer Nayana Thilak Rathnayake. Artists, and senior officials of the Buddhasasana Ministry and Department of Cultural Affairs were also present.