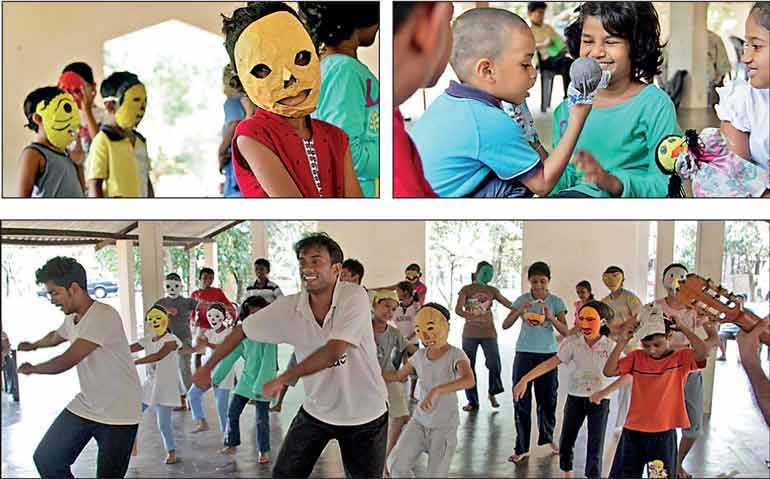 Lanka Children’s and Youth Theatre Foundation (LCYTF) or popularly known as ‘Somalatha Subasinghe Play House’ commences its next session of the ‘Creative Activities for Children’ program on 4 May.

The program is open to children from ages four to 14. The prime objective of the program is to develop the child’s mental stability and physical senses, to boost their artistic taste, and to keep alive the natural cheerfulness and playful sense of the child through aesthetic experiences. Therefore, this program can be considered as an extracurricular learning that supplements the formal education the child obtains in school. The program gives the child the opportunity to learn the basics of enjoying and appreciating music, free movements, dance and rhythmic movements, acting and language, art, singing, puppetry and handwork.

The program is conducted by Dr. Chandana Aluthge, an Artistic Director of Somalatha Subasinghe Play House. Founded by the Late Somalatha Subasinghe in 1981, Lanka Children’s and Youth Theatre Foundation promotes theatre productions and performances meant specifically for children and youth. Among its many functions is the training of actors, and research on theatre studies. Presently, the topmost institution for children’s and youth theatre productions in Sri Lanka, LCYTF has Since its inception produced a repertoire of mainly musical theatre for children and youth and mainstream art theatre productions which have been performed in the island as well as abroad. This institution was incorporated in the parliament in January 2007 under the Act of Lanka Children’s and Youth Theatre Foundation, No. 3 of 2007 to further its quest for the young audiences in Sri Lanka.

This program is conducted on Saturdays from 9 a.m. to 11:30 p.m. at Battaramulla Lion’s Club Activity Centre situated in Jayanthipura main road. The details of the program is available on www.playhousekotte.org, and FB/playhousekotte.org. Details can also be obtained from the telephone number 075 9858001 or 011 2863306. Registration of children for the program will be done on 4 May at 9 a.m. at the venue.