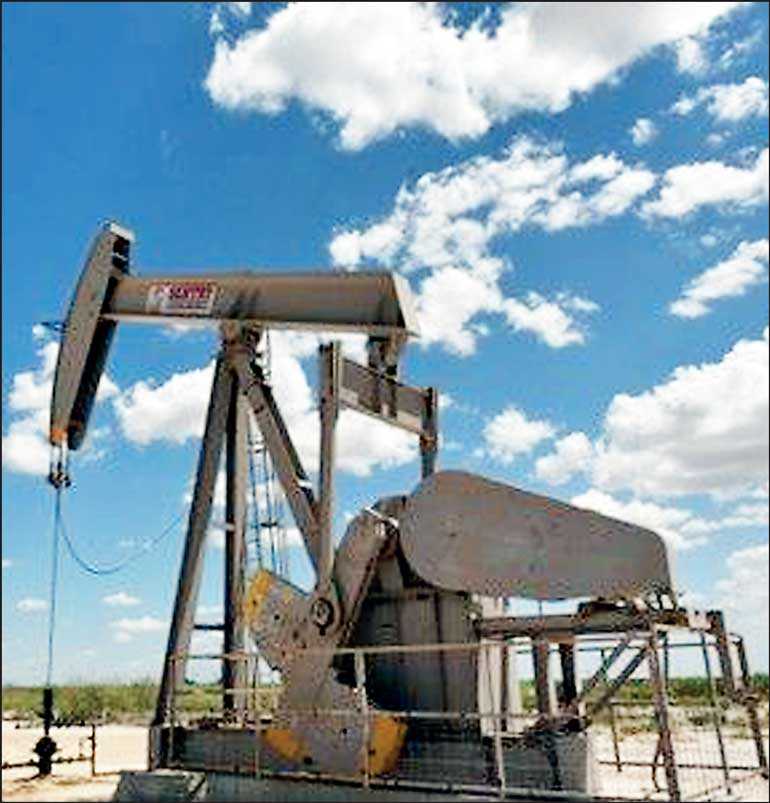 A pump jack operates in the Permian Basin oil

LONDON (Reuters): Oil prices rose for a fourth day yesterday on optimism the US Federal Reserve will this week cut interest rates for the first time in more than 10 years, supporting fuel consumption in the world’s biggest oil user.

“Price support was provided by the resumption of the US-China trade talks and by the general belief that the Federal Reserve will cut interest rates,” PVM analysts said in a note.

While the Bank of Japan held off on expanding stimulus yesterday, it signalled its readiness to do so “without hesitation” if a global slowdown jeopardises the country’s economic recovery.

US central bankers began their two-day meeting later yesterday and are expected to lower borrowing costs for the first time since the depths of the financial crisis more than a decade ago.

US President Donald Trump said a small rate cut “is not enough”.

Economic growth in the US slowed less than expected in the second quarter, strengthening the outlook for oil consumption but, elsewhere, disappointing economic data has increased concerns about slower growth.

The US and Chinese negotiators also meet this week for their first in-person talks since agreeing to a truce to their trade dispute at a Group of 20 meeting last month.

However, expectations for progress during the two-day Shanghai meeting are low, so officials and businesses hope Washington and Beijing can at least detail commitments for “goodwill” gestures and clear the path for future negotiations.

Supply risks are still a concern as tensions remained high around the Strait of Hormuz, through which about a fifth of the world’s oil passes.

BP has not taken any of its own oil tankers through the strait since a 10 July attempt by Iran to seize one of its vessels, the British company’s Chief Financial Officer Brian Gilvary said yesterday.

Tensions spiked between Iran and the West after Iranian commandos seized a British-flagged oil tanker in the Gulf this month in apparent retaliation for the capture of an Iranian tanker by British forces near Gibraltar.