Investing in clean energy: Drivers and barriers under spotlight 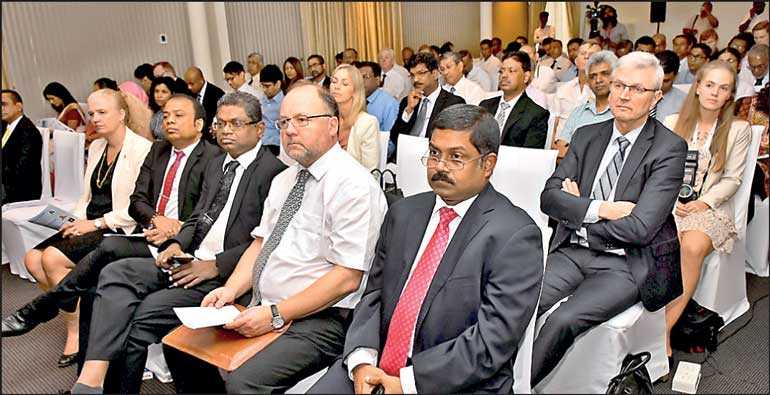 Taking a look at the drivers and barriers when investing in clean energy, the Norwegian Embassy in partnership with the Western Norway University of Applied Sciences and the University of Jaffna organised a panel discussion on 21 January and brought together key actors in Sri Lanka’s clean energy initiatives.

Giving the welcome address, Norwegian Ambassador to Sri Lanka Trine Joranli Eskedal drew a comparison between clean energy in Norway and Sri Lanka, saying, “The path towards reaching 100% renewable energy for electricity generation will take time but it is promising to see that governments, researchers, and higher education institutions in our two countries are putting greater emphasis on clean energy technologies to reach that goal.”

She added that, “Public interest and private investments on clear energy are also on the rise. However, there is still a need for greater collaboration in research, development, and investment on clean energy.”

The panel discussion, which was the main segment of the event, looked at various aspects of clean energy and power generation in Sri Lanka, with the representatives of key actors and stakeholders weighing in on relevant topics.

However, he went on to say that hydro power, including mini hydro power projects, have been developed to full capacity, thus creating a need for other renewable energies, for instance solar, wind, and biomass, to be generated in the country.

“Our generation cost of electricity at the customer end is Rs. 20 but our selling price is Rs. 16. There is thus a gap between the selling and generation prices,” he said, adding, “Due to this gap, we want to find the resources to generate electricity at a lower cost.”

He added that the CEB had been successful with the competitive bidding system for solar power, but explained that renewable power could affect the stability of the system, as power generation fluctuates.

With regards to clean energy, the CEB collaborates with the Sri Lanka Sustainable Energy Authority and SLSEA Director General Dr. Asanka Rodrigo said they are prioritising onshore and offshore wind, solar, and biomass, while discussions and preliminary studies are being held on alternative energy.

“In terms of project implementation, most of the projects are dragging and taking a very long time to clear approvals. That is one of the key aspects we have to look at,” Dr. Rodrigo said. While the discussion focused largely on power generation, Prof. de Silva shed light on storage, saying, “The purest graphite in the world is in Sri Lanka and Elon Musk is now working on energy storage based on graphite.”

He went on to say that Sri Lanka is blessed with nano materials that are unfortunately yet to be harvested. Shedding light on the financial or funding aspect of clean energy project was Commercial Bank of Sri Lanka CEO and Managing Director S Renganathan, who spoke about how the financial institution funds and supports clean energy initiatives in Sri Lanka.

A floating solar project was part of this and the project will be launched in Kilinochchi on Friday. Donated by Current Solar, the project will benefit the Jaffna University and Current Solar CEO Inge Vikesdal explained the project in detail. Western Norway University of Applied Sciences PhD research fellow Nanthini Nagarajah also spoke at the event, outlining the key aspects of her study on the drivers and barriers in clean energy transition in Sri Lanka.