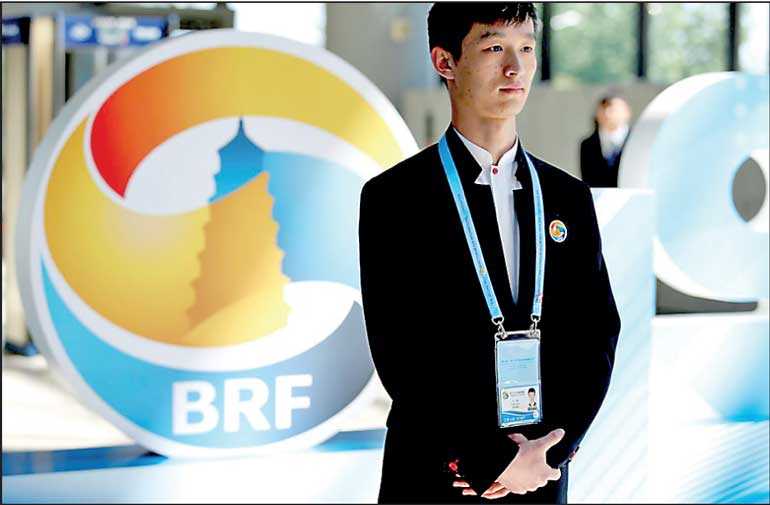 FILE PHOTO - A volunteer stands next to a Belt and Road Forum (BRF) logo at the China National Convention Center, in Beijing, China - Reuters

SHANGHAI (Reuters): Chinese equity investment in solar, wind and coal power projects in Belt and Road countries has surged from 2014 to 2019, with planned capacity up more than tenfold compared to the previous five-year period, environmental group Greenpeace said.

The Belt and Road initiative is a Beijing-led program to boost economic and trade ties in dozens of countries in Asia, Europe and beyond, mostly through investments in energy and infrastructure.

According to a study published by Greenpeace on Monday, China’s wind and solar power investments in Belt and Road countries amounted to 12.6 GW since the initiative was launched in 2014. It had invested in just 0.45 GW of solar prior to 2014.

The country has also invested in 67.9 GW of new coal-fired power in Belt and Road countries since 2014, but Greenpeace Climate and Energy Campaigner Liu Junyan said the increase in the share of renewables should be welcomed.

“Chinese investors’ ratio of coal to solar is now the same at home and abroad – both are still six-to-one (in favour of) coal, unfortunately, but I’m amazed to see what five years of equity investment in solar made possible,” Liu said.

China has been building dozens of new renewable energy projects at home to reduce the share of coal in its total energy mix to 59% by the end of last year. It has also been encouraging its existing coal-fired power plants to install ultra-low emissions technology.

But China has been criticised for funding coal-fired power projects overseas that would not meet its own emissions standards, with a study published earlier this year saying it is supporting more than a quarter of all new coal-fired plants worldwide.

China is expected to put another 40 GW of solar power capacity in operation at home this year, energy officials said.

China’s total coal-fired capacity also expected to rise by another 45 GW this year, with the total eventually expected to peak at around 1,300 GW, up from 1,140 GW at the end of last year, researchers from China’s State Grid said this month.