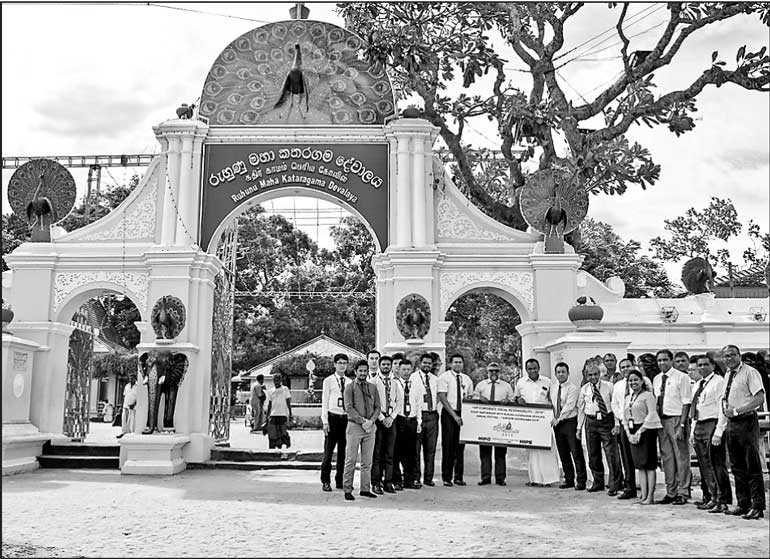 The HIP team with the Private Secretary to the BasnayakeNilame of the Kataragama Temple. 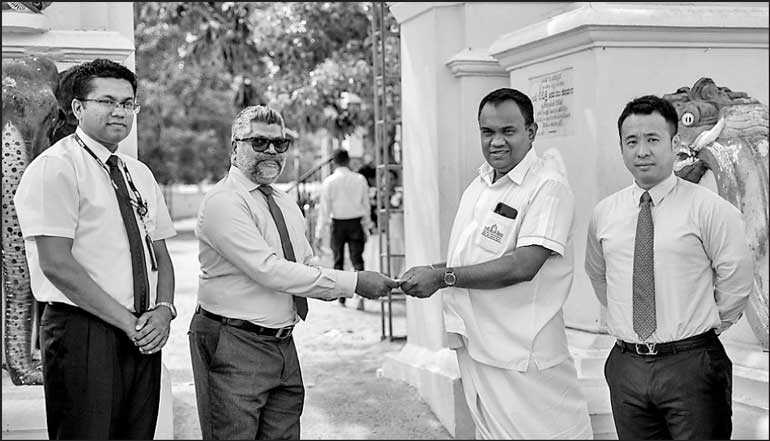 Capt. Ravi Jayawickrama handing over sponsorship cheque to the Private Secretary to the Basnayake Nilame of the Kataragama Temple.

‘Surinduni Kataragama 2019,’ the grand multicultural festival that attracts people from all over the country, was held from 3to 17July, bringing together people of different ethnic and religious backgrounds to celebrate one of Sri Lanka’s most looked forward to events.

Launched last year, ‘Surinduni Kataragama’ is a festival held parallel to the Kataragama Perahera, which draws thousands of devotees and pilgrims irrespective of their religious backgrounds.   Buddhists, Hindus, Christians and Muslims and even tourists come to pay their respects at the famous Kataragama shrine and it is this cultural diversity that’s showcased at the event.

“This year, the Hambantota International Port was invited as a sponsor and considering the ethnic harmony the event depicts, our management was happy to participate,” said HIPGGeneral Manager HR General Manager JeevanPremasara.

He added that as a socially responsible organisation, HIP decided to join hands with the organising committee to make the event an even bigger success than last year, especially since it not only promotes intercultural peace and harmony but also helps to uplift the area’s economy.

Premasarasaid that this year, HIP supported the event only financially, but has bigger plans for next year, as the management has decided to include it in their annual CSR calendar.  “Our employees were very excited about this very colourful project so we decided to support it every year.  Next year we plan to be more involved and take on responsibilities like supplying food and water for ‘padayatra’ pilgrims who walk all the way from Jaffna to join the event, and also help with clearing debris such as polythene from the festival grounds.”