Home / Columnists/ Should Sri Lanka Tourism be ready for ISIS?

Should Sri Lanka Tourism be ready for ISIS?

Whilst many keep saying that the hot spot for the turnaround of Sri Lanka’s economy is IT and the tourism industries, globally we see the shocks that keep hitting this industry. Now the question asked by many is how resilient an industry can be globally. Recent research reveals that ‘tourism security’ is now a major part of a location’s marketing strategy but for this we need to have strategic plan, on which sadly Sri Lanka is far behind. 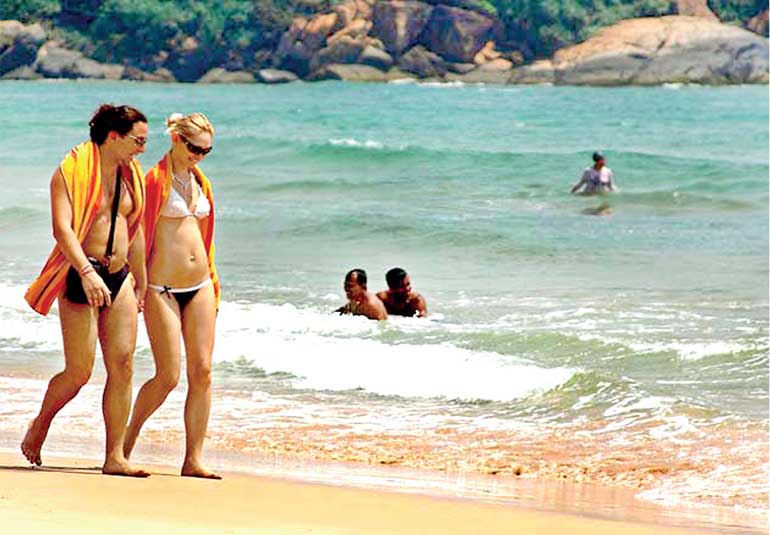 Given the country’s BOP challenge, the $ 3 billion contribution from tourism to the Sri Lankan economy must be protected at any cost

Let’s accept it; the world is getting shocked daily on the combination of tourism and terrorism. From the incident when terrorist bombed the Russian aircraft, it caused not only instant death to all on board the airliner, but went on to dent the tourism industry of Egypt. Just as the world was recovering from this tragic attack, a Western style movie emerged with multiple attacks in the French capital that sure moved the country that has more visitors into the country than its own population.

On the ethos that strong brands can absorb shocks we saw France once again bouncing back by picking up the pieces and number one again being on track. Whilst ISIS was essentially a Western cancer, the attack in the weekend on Dhaka sure rippled Sri Lanka. The two Sri Lankans dining out at the cafe that came under attack escaped unhurt but it gave goose-bumps to the Sri Lanka Tourism

industry given the financial change that we are already up against.

Let’s not forget it was just six years ago that Sri Lanka was plagued with the global curse terrorism. Way back in 1983 Sri Lanka enjoyed 337,530 visitor arrivals whilst a country like Cambodia had around 200,000 tourists at that time. By 2009 Cambodia enjoyed over two million tourist arrivals whilst Sri Lanka registered a mere 0.5 million with a revenue of Rs. 43 billion. On a conservative estimate the loss in earnings to the country is at Rs. 6,000 billion whilst on GDP contribution almost 8% to the country.

On FDI basis the ‘cost of the war in Sri Lanka’ is estimated through a simple extrapolation at around Rs. 3,000 billion, which stacks up to the economic terrorism number of around 10,000 billion on the mix tourism implication of terrorism.

In this background let me share 11 picks for Sri Lanka Tourism worth keeping the ear to the ground on. There can be many more but I have focused on the below:

1) Get over denial, it can happen in your community. Recognise that no part of the world today is immune from a terrorist attack. Too many parts of the travel and tourism market simply do not believe that an attack can happen to them. It can! Let us be alert on the neighbourhood movements just like pre-2009 times when the war on LTTE was high.

2) Political shift in the world. Old assumptions will no longer hold. The tourism industry will need to recognise that the Islamic State and other terrorist groups are at war with the world. A country that has a good mix of new product development and security will have a good chance of surviving. Hence, don’t cut cost on security, invest and balance it with good customer service and you will not lose out.

4) Develop a tourism task force. People who should be on this task force are local officials, tourism officials, and transportation officials. The key to this task force is the quality of the facilitator in a given regional tourism location. Say for instance Negombo tourism belt.

5) Do not create a false sense of security. Gas masks will do nothing in case of a biological or chemical attack, while sealed rooms may be very useful. Key strategic locations like the BMICH or hotels that host key conferences must be ready for such extreme attacks. Research reveals that people begin to panic not when you take precautions in a professional manner, but when you fail to take precautions.

7) Develop security coalitions: Make sure that your police department is trained and understand tourism, make sure that you hotel and attraction workers know how to handle a security emergency, especially as excursions are key to a hotel’s existence.

8) Work with local governments: When was the last time you did a security check on your hotel staff? Who has access to a guest’s room? Who is working behind the scenes at tourist locations? Whilst the ROI in this industry is challenged the fact of the matter is we have to start investing on these areas especially in global chains where important guests stay: Hilton, Shangri-La and Anantara for instance.

9) Attend global tourism security conferences. The oldest and most famous one is held each year in Las Vegas. May be the Government will have to give leadership on this area.

10) Security and safety may have different meanings to scholars, but in the world of travel they are one and the same. In the world of terrorism against tourism any lack of either safety or security may result in the destruction of a tourism industry. Let’s have a national strategy at play. We can start with the BIA, where right now the CCTV has become such an issue. In international airports every inch is monitored.

11) Best crisis management is good risk management! It is a lot cheaper to stop an attack than it is to recover from an attack. In the case of the Russian airliner, the Paris attacks and Dhaka, it appears that tourism officials were taken by surprise. The cost of these surprise attacks cannot only be measured in economic costs but also lives. Let’s address this.

(The author served the tourism industry of Sri Lanka as the Chairman of the Sri Lanka Tourism Promotions Bureau and now heads the 35 billion Government retail chain – Lanka Sathosa. He is on the global roster of the United Nations. The thoughts are strictly his personal views.)