Competencies or connections? Clarity of choices 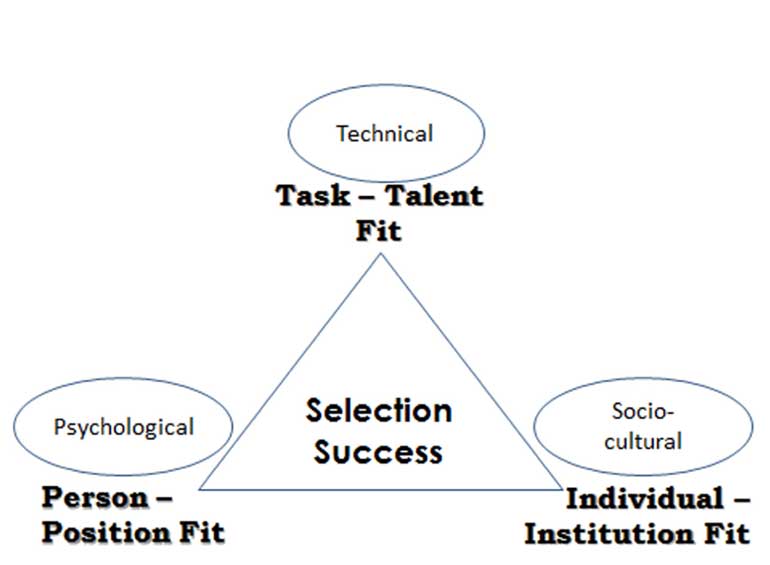 I recall the discussion that took place during the annual sessions of the Organization of Professional Associations (OPA) recently. It was about the choices of picking people for key positions, particularly in the public sector. Do we see the basis of selection more as competencies or as connections? Do we see clarity or confusion with key appointments?  It is the opportune time to reflect on the

challenge of ensuring that the right person is in the right position. Today’s column will shed light on this aspect.

The choice of connections over the competencies has been a perennial issue in the local political arena. There was a time when the kith and kin of those who were at the helm appeared to be the favourites, with regard to filling key positions. Has that custom really changed with the regime change last year? Or has one set of loyalists been replaced by another set of loyalists with the same selection criteria? Such questions pose several points to ponder.

As the Indian media reported some time ago, the Modi Government in its very first order, issued on the day Modi was sworn in as Prime Minister, barred Ministers from handpicking “personal staff”. This was unprecedented and showed Modi’s intent to ensure that none of his Ministers harboured a “hidden agenda”. No one, not even Indira Gandhi, went to this extent to keep a check on Ministers overstepping their briefs. It also brings to an end the “appointment” of family members as personal staff, which has been a practice with many Ministers over the years.

Can we say the same thing about Sri Lanka? I leave it for the readers to judge. One may argue the fundamental right of a relative of a politician to gain a key position when he or she has the required qualification. The harsh fact is the neutrality and non-biasness the public is expecting from such positions. For me, the appointing authorities have to be sensitive in avoiding any possible misconception when appointing close relatives. A more professional and ethical approach would be to abstain from occupying such positions if you are well aware of your connections and the possible negative perceptions that might arise.

I see a Human Resource issue at the macro level baffling the national leaders. How to pick the right person to the right position, especially with regards to the key ones from a national perspective? We have already seen some displeasure expressed by a section of the public through social media about certain appointments.

In this backdrop, I thought it is useful to revisit some fundamentals of selection.

Selection decisions can have far-reaching implications. Hiring is one of the critical people functions of any organisation. In the traditional jargon, it is known as recruitment and selection. Recruitment deals with getting enough applicants as a potential pool. Selection deals with picking the best from the pool. That’s where the matchmaking becomes significant.

I would argue that there are triple fits you need to ensure in selecting the right candidate to a job. For me, they are the T-T fit, P-P fit and I-I fit. Let’s discuss what they are.

This is the first fit a recruiter will look into. It stands for matching tasks with talent. This essentially refers to the technical dimension. Any key task requires a specific talent. Take a sales job for an example. Tasks associated with meeting customers require the talent of caring communication.

Talent is now more often used as a bundled word for knowledge, attitude and skills. Prof. Dave Ulrich in his recent work referred to it as a combination of competence, commitment and contribution. Whichever way you describe it there is a dire need for it.

There is an acute gap between required talent and raw talent. The market is abundant with raw talent, especially with school leavers. Are they geared to a demanding job in a target-driven environment? Sadly, the answer is no. We teach complex subject matter but not how to gain confidence. Job-orientation in the academic courses has been recognised as important only of late. That is the way to overcome talent drought.

What I mean here is the fit between the person and the position. It goes beyond the talent level. The primary focus here is psychological. The overall fit with regards to the personality of the individual and the key expectation of the position he or she is supposed to hold.

Let’s be clear about personality. The term originates from the Latin word, persona, which means a mask. In ancient Latin theatres, a mask was used to represent a character. In other words, it is what you show to the world, by way of your words and deeds.

There are a variety of ways of looking at personality. It is the particular combination of emotional, attitudinal, and behavioural response patterns of an individual. The point I want to make here is simple. Different personalities suit different positions. An outgoing, talkative and friendly person would be more suited for a sales position, whereas a quiet, thinking and analytical person would be better in handling a laboratory position.

The final fit is between the individual and the institution. Essentially it checks the fit between the prospective candidate and the “surroundings”. It can be the culture, climate or the overall style of management. Thus we can see the socio-cultural dimension in focus. As I have seen many times, high performers in one setup would end up being lousy performers in another setup. This is sad but significant, in ensuring the long-term wellbeing of people.

The first key element here is the culture. Organisational or corporate culture is the pattern of values, norms, beliefs, attitudes and assumptions that may not have been articulated but shape the ways in which people behave and things get done. In a more detailed manner, Edgar Schein defines culture as follows: “A pattern of basic assumptions – invented, discovered, or developed by a given group as it learns to cope with its problems of external adaptation and internal integration - that have worked well enough to be considered valid and, therefore, to be taught to new members as the correct way to perceive, think and feel in relation to those problems.”

Stemming from culture comes the more visible element, climate. It refers to those aspects of the environment that are consciously perceived by organisational members. Hence, climate is something people see, hear and feel. That is why we see a difference when we enter a hospital, police station or a restaurant. In summary, climate is what we see and feel when we enter an organisation, whereas culture is something much deeper, like bedrock.

What is important here is the need of prospective candidate to appreciate the institutional culture.  What one can do in a multinational corporation might not be possible in a family-owned business. The same gulf exists between the private and public sectors. I have seen people who opted to work in non-governmental charity organisations having a higher sense of humanity with committed service in mind. It might be the same with a brilliant management trainee joining a rapidly expanding global network. The obvious sign is the need to ensure an individual –institutional fit. Figure 1 contains the summary of the triple fits.

A properly designed assessment centre can be one solid way to ensure all three matches. It typically employs a variety of techniques and multiple observers in a closed setting to evaluate candidates. A key challenge is to design the centre to cover all three matches.

T-T fit is the easiest to assess, provided you identify what talent is exactly required by the task. A process where candidates are given a set of questions to answer, situations to analyse or activities to perform would give a clear idea about where the candidate would stand.

P-P fit can be done through a more in-depth analysis using personality-type diagnosing instruments such as Myers-Briggs Type Indicator (MBTI). One challenge is to clearly identify what type of personality is required for the position. A sad local scene is that companies invest heavily on psychometric testing without getting the best use of the results obtained.

I-I fit can be found by a good set of interview questions that will assess the attitude of candidates. Particularly, referring to ‘what-if’ scenarios showcasing organisations’ real issues would be a smart move. Case study analysis can also be handy in finding the right fit.

Sri Lankan organisations can enhance their hiring professionalism by way of ensuring the triple matches. It will pave the way not only for higher organisational performance but also for better employee satisfaction.

Even at the national level, the key challenge of picking the right person to handle the right job can be meaningfully handled by adhering to some of the fundamentals of Human Resource Management. Then, competencies will be more significant than connections.