Home / Columnists/ A Centennial to the centre: Remembering my son

A Centennial to the centre: Remembering my son 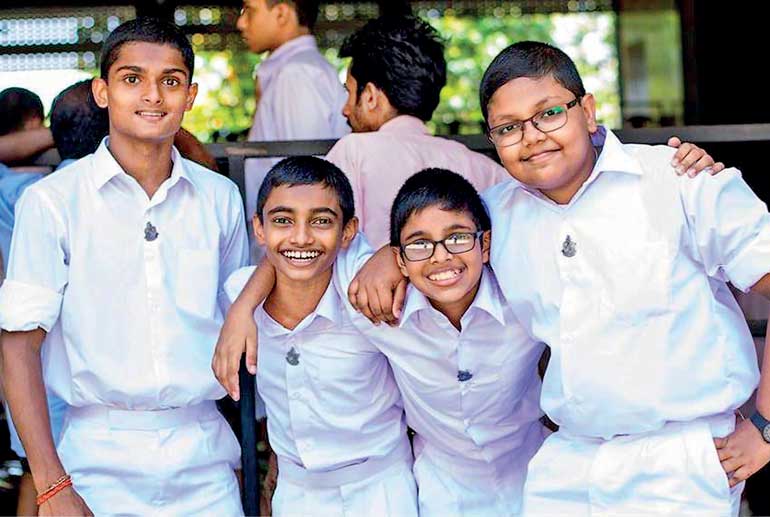 The GCE (A/L) exam is round the corner. The Grade 5 scholarship exam also is scheduled for this month. One thing in common for both student groups is that they probably represent one common generation often called Centennials.

Though they are yet to join the workforce, much has been observed about them in terms of their possible differences compared to the previous generations. Ironically, I am writing this column, whilst experiencing the one year of passing away of my beloved son, who also belonged to this generation.

Centennials represent the newest generation according to the classification of generations. They are also popularly called Generation Z. Though there are disputes of the stating year, Centennials are supposed to be born between the years 2000 and 2020with plus or minus 2-3 years variations. Some authors even refer to 1995 as the starting year of this generation.

Generational names are the handiwork of popular culture. Some are drawn from a historic event; others from rapid social or demographic change; others from a big turn in the calendar.

The Millennial generation falls into the third category. The label refers those born after 1980 – the first generation to come of age in the new millennium. Then comes the Centennials.

Generation X covers people born from 1965 through 1980. The label long ago overtook the first name affixed to this generation: the Baby Bust. Xers are often depicted as savvy, entrepreneurial loners. The Baby Boomer label is drawn from the great spike in fertility that began in 1946, right after the end of World War II, and ended almost as abruptly in 1964, around the time the birth control pill went on the market. It’s a classic example of a demography-driven name. The Silent generation describes adults born from 1928 through 1945. Children of the Great Depression and World War II, their “Silent” label refers to their conformist and civic instincts. It also makes for a nice contrast with the noisy ways of the anti-establishment Boomers.

One obvious factor among all these generations is that the very names are associated with events took place in the west, and to a very high extent in the USA. The degree of relevance and applicability to Asian countries such as Sri Lanka is questionable. Despite the criticisms of the nature of origin being very American, global acceptance of the presence of multiple generations is evident.

The Millennials or Generation Y employees who were born between 1980 t0 1999 have differences in their perceptions, preferences and performance. They are much more tech-savvy compared to their Generation X predecessors, having exposed to rapid advancement in information and communication technology during past decades. They are also for more flexible work arrangements. Rigid eight-hour work rule will make them bored and unproductive. They are also much more ecological conscious in going green. These triple aspects of tech-savvyness, work flexibility and green-consciousness act as key indicators with regard to their preferences towards work arrangements.

Then comes Centennials who are yet to enter the workplace. They represent those who were born after the year 2000. Popularly known as Generation Z, they were exposed to internet from day one of their life. Obviously they are far more tech-savvy than Millennials. Through research, Generation Z has already being identified as being curious, courageous and creative. I have seen many more such Cs in Centennials I have associated with.

Memories of my Centennial son

Devnaka Abhisith Nadeepa Dharmasiri, my younger son, had to leave earth on 8 August before his 14th birthday on 28 September 2016. He was a Grade 9 student of Royal College. He left me, Ruklanthi, my wife, and Navodi, my elder daughter. The shock and surprise experienced not only by us but many others was indeed significant.

He was an all-rounder with flare for music and favour for technology. He was loved by everyone who had an encounter with him. This was evident in the way students, teachers, relations and friends alike emotionally responded upon hearing his sudden demise. Being a junior prefect and a chorister at Royal College, he was in the limelight as a bright and an obedient student.

I learnt a lot by being with him. My association with him gave me many an exposure to discover him. As a life-long learner in management, it was indeed “reverse mentoring” in action. I learnt how much Centennials are different from Generation X like me.

Lessons learnt from my son

Sadly, but surely, I learnt a lot from my son Nadeepa. He, despite the relatively shorter stay of 14 years on earth, has created an impact in many lives. Let me reflect on them through 10 Cs.

I learnt how to be cheerful from him. He was always with a smile. This was repeatedly mentioned by his friends who came to pay their last respects. When I was stressful and tired, his warmth and cheerfulness was a relief for me. From early childhood, he was a “hugging” boy. He used to request from me and his mom, “give me a big hug”. A flying kiss was a regular feature when he was half sleep when I had to leave early morning. He was the cheer generator at the home front. The popular prescriptions of positive thinkers were very much evident in little Nadeepa.

He was a guardian to his elder sister Navodi. He was conscious of the fact that she was struggling with the pressures of GCE A/L. He had to sacrifice many excursions because of Navodi’s A/L encounters. His care was aptly experienced by my parents as well as Ruklanthi’s parents. The way he was showing his genuine love for me, Ruklanthi and Navodi was a classic case of caring. He showed us how we should care for each other through timely action.

The way school teachers appreciated Nadeepa was such a delight for us as parents. He was one whom the teachers could have confidence in assigning a task. Being a primary prefect and a junior prefect, this was further demonstrated. The fundamental elements of commitment we encounter in management could be seen in him.

Nadeepa was a member of the ‘Inspirational Choir’ who sang the welcome song at the airport when Pope Francis visited Sri Lanka last year. He had made many speeches in front of large audiences and sang many a times in variety of entertainment events. He fell down in a pool and broke his ankle last year. Subsequently, he was using crutches for two months. Yet, he never lost his spirit. All these were signs of his confidence. I humbly admire his ways, compared to where I was at his age.

My son never skipped playing. He enjoyed playing cricket and soccer with his friends. He also enjoyed playing computer games. Though I did not understand what it really meant, he told me that he was a clan leader in virtually playing the ‘Clash of the Clans’. He often told me and Ruklanthi not to be too serious. We in fact were worried at times whether he was neglecting his studies. Yet, he proved otherwise in passing exams with flying colours. I learnt how to be relaxed yet stay in focus from him.

He was a natural team leader. There had been many instances where he played a key role in organising class parties, trips and other events. The way others rallied around him was amazing. He knew how to gather friends for a worthy cause. Whilst I was teaching team work, he really demonstrated it in his own way.

Nadeepa was naturally creative on many fronts. He was writing poetry and composing songs. He was handy with the camera I bought from USA and took many uncommon shots. He won many creative writing competitions. What I insist on being creative, I saw clearly in my son.

I saw the curiosity in him the way he asked many intelligent questions, especially when we were travelling together. He wanted to think deeply and to probe. No wonder, how he found science his favourite subject. At times, I felt he wanted to challenge the assumptions and have a fresh way. What I was teaching as “out-of-the-box thinking”, I saw in his own original approach.

As a junior prefect, Nadeepa demonstrated credibility to the fullest. He was trustworthy in executing the assigned tasks, big or small. That’s why teachers approached him as the preferred choice in getting work done. Whilst being credible is a major challenge in corporate fronts, the way he demonstrated it was truly remarkable.

Nadeepa wanted to be a scientist and a priest. That may sound as a unique combination. He was spiritual by nature. I saw a young pure heart brimming with genuineness in him. He was having asthma but had got quite used to an inhaler. Strangely, he experienced an acute asthmatic attack which resulted in a struggle at the Medical Intensive Care Unit (MICU) of Lady Ridgeway Hospital for three days.

I still recall watching through the glass door of the MICU whilst Ruklanthi was inside sitting close to Nadeepa. She consoled me saying, “He is too precious for this world.” Life has to go on with one moment at a time. I am sure the Sri Lankan Centennials I interact with will demonstrate the above Cs in the present and future. Goodbye, my sweet angel. You will remain with us till we join you one day.