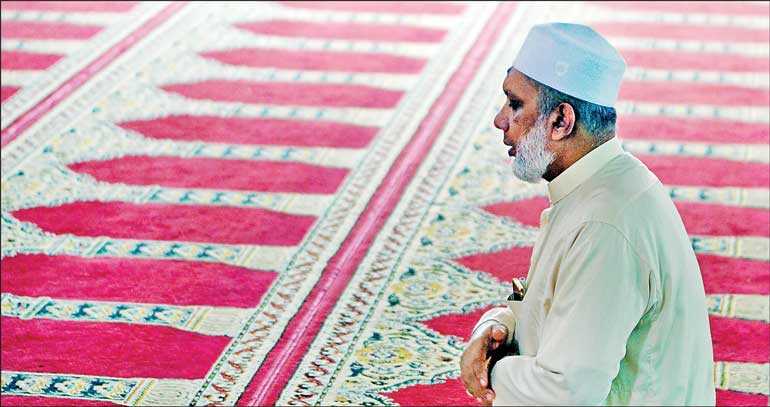 In the Sri Lankan context the term ‘Muslim’, denotes a religious denomination and not an ethnic, and not necessarily an ethno-cultural one, but an ethno-religious one – Pic by Shehan Gunasekara

In search of a true Sri Lankan identity

3. The concept of Islam as an individual/group identity

The concept of identity is one which has become embedded in our modern lives. From our gender, social, cultural, religious status to identities of political parties, identities of perpetrators of crimes and to the identities of nation states it means different things in different contexts.

Identity is all about sameness and difference. This leads to concepts of our identity and their identity. The basis for this dichotomy is the Western ideological concept which celebrates the dignity and equality of the individual – principles such as one man one vote, equality before the law and human rights. All these hinges on the autonomous individual with his/her personal identity. From this individualistic origin, the notion of identity is transferred to collectivities, delimited by various shared features (predetermined and adopted) that claim a selfhood worth sustaining and ‘defending’. This results in collective or group identity inevitability leading to inequality in the face of postulated equality.

Hence, understanding the concept of Islam as being the source of individual and group identity in a global and Sri Lankan context is a must in today’s context.

‘Islam’ in Arabic is verbal noun, meaning self-surrender to God, as revealed through messages and life of his Prophet, Muhammad (Peace Be Upon Him). ‘Muslim’ in its primary meaning refers to one who so, surrenders him/herself.

There is however, another secondary meaning to the word ‘Muslim’ which is one who is born to a Muslim father who takes on his/her parent’s confessional identity without necessarily subscribing to the beliefs and practices of the faith. In non-Muslim societies such Muslims may subscribe to, and be vested with, secular identities. E.g. The Muslims of Bosnia, descendants of Slavs who converted to Islam under Ottaman rule, have not always been noted for attendance at prayers, abstention from alcohol, seclusion of women, and other practices associated with observant Muslims in other parts of the world. They were officially designated as ‘Muslim’ to distinguish them from Serbs (Orthodox) and Croats (Catholics) under the former Yugoslavian communist regime. The label ‘Muslim’ indicates their ethnicity and group allegiance, but not necessarily their religious beliefs. This limited context is not necessarily applicable to other Muslim minorities in other parts of the world but must be considered in a transparent discussion of identity.

It must be noted that this secular definition of a ‘Muslim’ (sometimes the term ‘cultural Muslim’ or ‘nominal Muslim’ are used) is very far from being uncontested. Just as fundamentalist Christians in America have appropriated the term ‘Christian’ to apply exclusively to those who share their particular (usually narrow) version of the faith, so modern Muslim activists have tended to redraw the boundaries between themselves and other Muslims who do not share their views, in extreme cases going so far as to designate the latter as ‘infidels’. 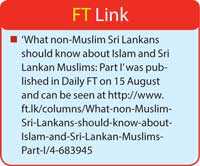 Generally, there is little consistency in the way such labels are applied. Where Muslims, however secular or ‘cultural’, are beleaguered, as happened in Bosnia, a rhetorical generosity included them among the ‘believers’. Conversely, in Egypt, a secular-minded majority which collaborated with a government perceived by its critics (The Muslim Brotherhood) as too secular, found themselves branded as ‘infidels’.

In an Asian comparative sense, the example of Muslims of Thailand is a case in point. In Thailand the Muslims are sub divided based on their ethnic identity as opposed to theological identity alone in to Thai Muslims and Malay Muslims. The Thai Muslims have to a high degree acculturated into the Thai Buddhist environment except for the fact that they remain Muslims practicing the religion of Islam. They have assimilated to such an extent in to the host culture that they speak Thai, have Thai names, wear Thai dresses, and have adopted Thai forms of greeting. In contrast most Sri Lankan Muslims still speak Arabic Tamil, have Arabic names (though some do have ‘ge’ Sinhala family name), have their own forms of greeting and the women specially could be distinguished from their dress. In Burma as in Thailand there are two groups of Muslims – The Burmese Muslims who like the Thai Muslims are fully integrated to national life of the host country and the Indian Muslims who by historical accident have become a part of the Burmese population. This group of Indian Muslims living in Burma (The Rohingiya) who are currently stateless are being subject to ethnic cleansing by the Burmese authorities because of their ethno-religious status.

Hence, the word ‘Muslim’ as a religious, ethnic or group identity is often disputed territorially almost in every region of the world. In more recent times due to the rise of political Islamic ideology (Islamic fundamentalism – Islamism) the neo Islamic activists who subscribe to this political Islamic ideology have come to take on the identity of Islamiyan to distinguish themselves from the more general muslimun.

In the Sri Lankan context the term ‘Muslim’, denotes a religious denomination and not an ethnic, and not necessarily an ethno-cultural one, but an ethno-religious one. This should be clearly grasped by the readers to avoid confusion. Conceptual clarity is vital to understand the problem we are dealing with, namely the Sri Lankan Muslim minority. The book titled ‘Muslims of Sri Lanka – Avenues to Antiquity’ by Dr. M.A.M. Shukri published in 1986, which is a collection of high quality dissertations by a galaxy of Sri Lankan Muslim and non-Muslim academics goes deep in to the issues pertaining to Sri Lankan Muslims in a holistic manner both historically and contemporarily.

The identity of Sri Lankan Muslims has been extensively dealt with in the book titled ‘The Muslims of Sri Lanka – One thousand years of ethnic harmony 900 to 1915’ by Lorna Dewaraja, published in 1994. I wish to quote a few sentences from it as a summary of her seminal work which demonstrates with historical evidence the degree of ethnic harmony and co-existence which existed between the Sri Lankan Muslims and the Sinhalese Buddhists: ‘In the history of Sri Lanka few are aware of the harmonious relationship which has developed between the Sinhalese, its indigenous inhabitants and the Muslims, who initially were foreigners, and that both have lived together peacefully for over a thousand years. Perhaps because it was such a peaceful relationship, it has passed unnoticed by historians’.

The religious revival in modern Islam reflects the pace of social and technological change in the Muslim world. The rise of mass education and increasing use of audio-visual modes of communication has led to a decline in the traditional sources of religious authority among both the Muslim masses and their traditional religious, social and political leaderships. Until about the mid-1970s this gap was filled by a variety of Islamic movements and leaders both locally and internationally. But they lost out to global Islam which appealed directly to followers all over the world. Local leaderships often adopted the concepts of global Islam to stay relevant to their communities and adopted their religious and political agendas to suit the international Islamism which brought in huge financial resources.

The modern revivalist movements which often dominate local Muslim communities in Sri Lanka are predominantly run by overseas educated and trained fundamentalist lay clergymen. They are modern not just in their methods of propagation of religion within the Muslim community, they are also modern in that they have subtly managed to infuse ideas imported from outside in to the local Islamic tradition.