Home / Columnists/ Victory over the oppressed

Victory over the oppressed 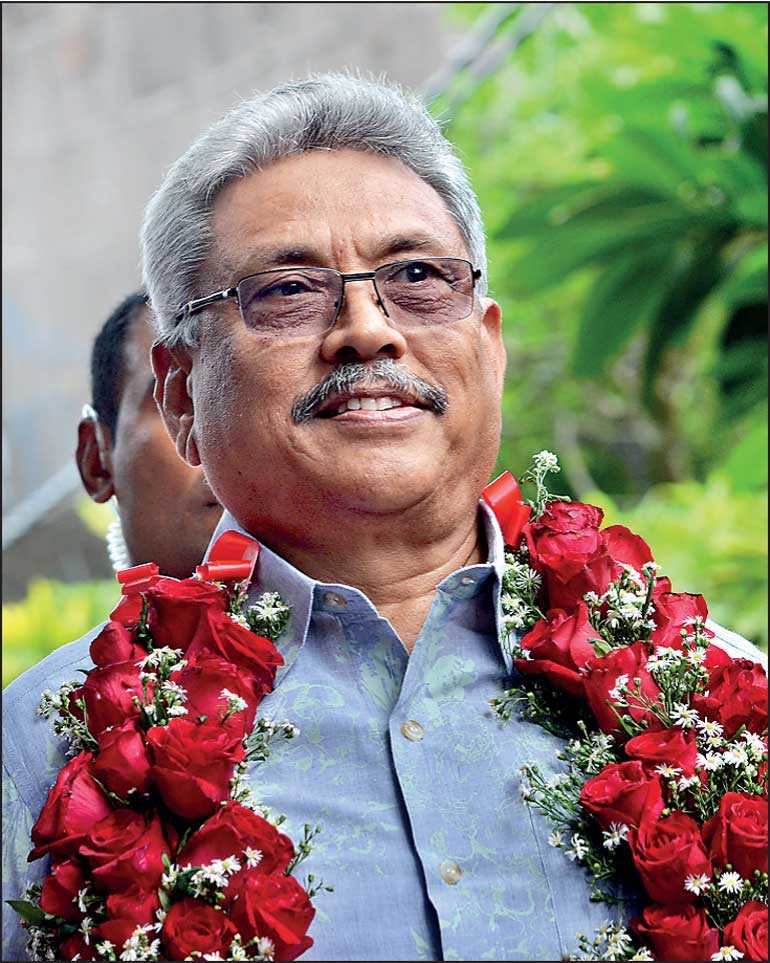 The Presidential Election is over and the new President has taken his oaths. Although there were opinions expressed that there can be a second count of preference votes of the candidates other than the first and second, it was an easy victory for Gotabaya Rajapaksa.

Anura Kumara Dissanayake was blamed for contesting separately rather than joining Sajith Premadasa as the JVP did in 2015 since it was expected that there would be a division of votes in the pro-democratic block, paving the way for Rajapaksa victory.

The majority of Rajapaksa amounting to 1.3 million votes was more than thrice of the votes obtained by Dissanayake amounting to 418,000. Therefore, there was hardly any possibility of filling such a big gap with the synergetic effect of campaigning together.

Other independent candidates would have realised that there is hardly any possibility in Sri Lanka to emerge as a third force under the current political scenario. In the 2010 Presidential Election which was held after the end of the war, Mahinda Rajapaksa claimed victory without the support of the minority parties. The same thing happened in this instance as well. In the Presidential Election 2015 all the minorities supported Maithripala Sirisena. The north and east mainly occupied by Tamils and Muslims; west coast where Christians are; Nuwara Eliya and Kandy where there is a concentration of Upcountry Tamils and Muslims; Urbanised Colombo and Kandy; and his base Polonnaruwa supported Sirisena. The rest of the country supported Rajapaksa. However, Sirisena obtained a considerable number of votes from the rest of the country in order to secure the victory.

In this Presidential Election Tamils and Muslims supported Premadasa. There was a slight division of the votes of upcountry Tamils. Christians of the west coast voted for Rajapaksa and Premadasa lost even Colombo and Kandy.

The present Government imposed certain taxes on the rich in order to increase Government revenue which was a necessity and as a result the rich may have voted against Premadasa but for the vast majority of the rural population, the main issue may have been the national security and related issues connected to nationality.

Nation state is a recently developed concept. India was able to adopt it at the time of the independence due to the foresight of the leaders of the Indian independence struggle. In Sri Lanka among the majority Sinhala Buddhists the term nationality is confined to identify their own ethnocentric group. They consider the members of the other ethnicities as outsiders.

However, history teaches us a totally different story. Over centuries in Sri Lanka there were no clashes between Sinhalese and Tamils as ethnic groups. The clashes were among the kings and princes. They were concerned about their power and not the ethnicity. In Elara’s army there were considerable number of Sinhalese. Magha, who ruined our civilisation in the 13th century, was not a Tamil. Sinhala kings got support from the Pandyans to attack Chola invaders, both were South Indians.

Sinhalese and Muslims lived in Sri Lanka in harmony over a millennium. Muslims served as officials in the administration of the State as well as of the Buddhist monasteries during the time of the Sinhala kings. They were settled in the Kandyan districts by the kings in order to save them from the European invaders. Roman Catholics were saved from the Protestant Dutch by the Sinhala kings.

This situation was changed with the Buddhist revival in the late 19th century which was aimed against the hegemonic Christian authority prevalent at that time and unfortunately it worked against the other ethnicities as well. That was the beginning of the ethnic disharmony of this country.

This is reflected in the election results as well. In all the districts voting percentage had gone up compared to the 2015 Presidential Election. In Jaffna, Wanni, Batticaloa, Trincomalee and Digamadulla Districts, voters have given more votes to Premadasa compared to Sirisena in 2015.

In Trincomalee and Digamadulla Districts, there were two predominantly Sinhala electorates, Seruwila and Ampara respectively. In those two electorates, which were won by Rajapaksa, voters gave more votes to Rajapaksa compared to 2015 election. However, in Kalmunai electorate in Digamadulla, there was a shift of votes from the UNP block to Rajapaksa from 2015 to 2019. Voters did not give any respect to their ethnic candidates such as Shivajilingam in the north or Hizbullah in the east.

In Nuwara Eliya majority of Premadasa was reduced compared to 2015 due to the fact that Thondaman was with Rajapaksa. Premadasa lost the majority Muslim electorates Harispattuwa in Kandy and Beruwala in Kalutara. In Kandy, Premadasa managed to secure a reduced majority in the electorates Patha Dumbara, Hewaheta, Mahanuwara, Udunuwara, Gampola and Nawalapitiya but he lost the district.

In the west coast all the Christian majority electorates were shifted towards Rajapaksa except for Negombo and Wattala. Premadasa got a reduced majority of those two electorates compared to 2015. This is mainly due to the Easter Sunday attack. Premadasa maintained the majority in the electorates of Colombo city but he lost the suburbs. He lost the district as well.

The rest of the country dominated by the Sinhala Buddhists was for Rajapaksa. His majority was increased compared to the 2015 election. Voter turnout also was increased in all the districts. Therefore, the division of the ethnic line was clearly visible in this election.

This is not healthy for the country. Gotabaya Rajapaksa said at the Election Secretariat that he is mindful that he is the president of all the citizens of the country and not only of the people who voted for him. This is the only way forward. The Opposition Leader said they may have to change even the Constitution referring to the 19th Amendment. The 19th Amendment was a temporary move and the intention was to have a new constitution altogether to address the problems of the centre as well as the periphery.

National security is best achieved by creating an atmosphere for all the communities to live in harmony and not by strengthening the military. If the people are concerned about national security, they should be mindful not to create tensions among the ethnic groups. I sincerely hope that the new President would have the strength to neutralise the ethnic disharmony of our motherland which is reflected in the election results and which is mandatory to achieve an economic growth.