Home / Columnists/ Trust science and technology to deliver: Let innovation be the key

Trust science and technology to deliver: Let innovation be the key 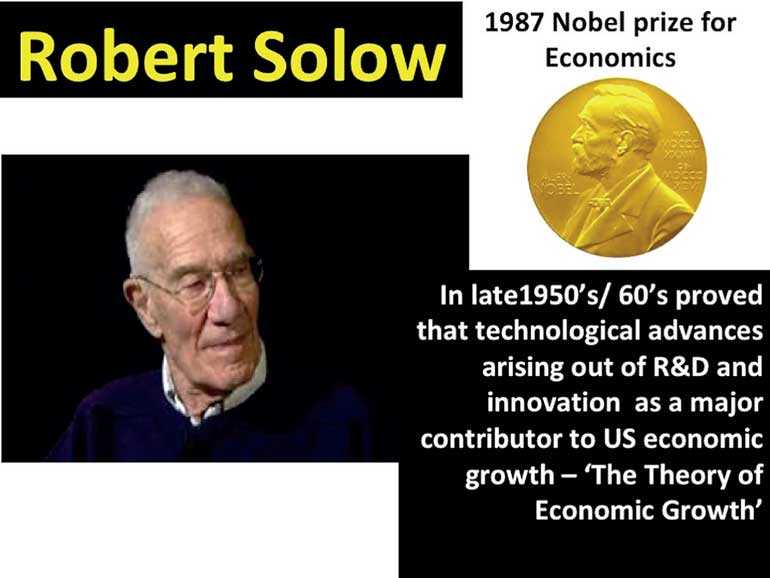 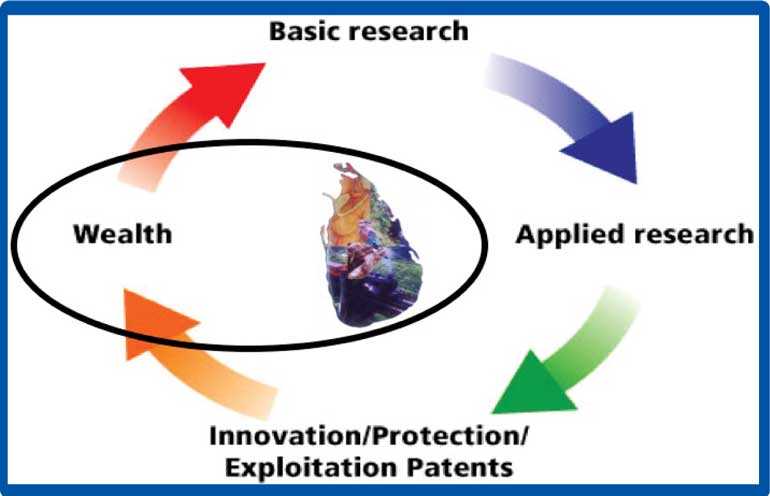 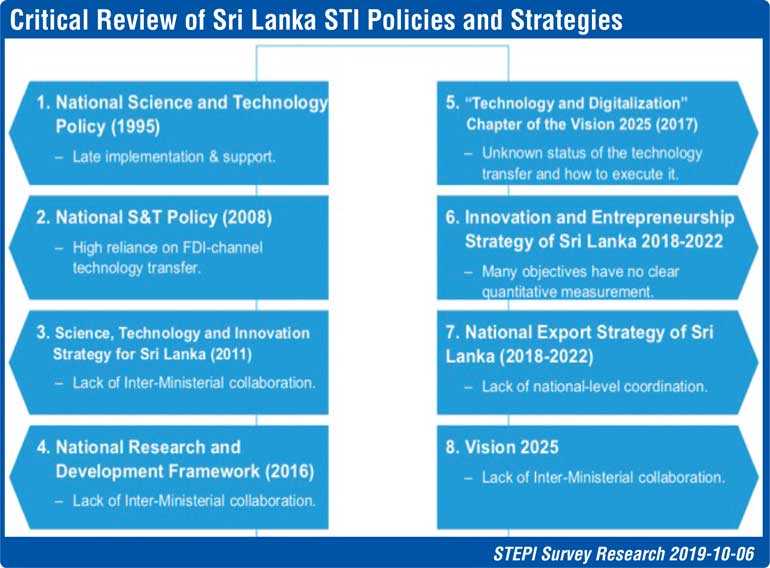 A new leadership for the country is at the helm. One that is known to believe in focus and intent as well as the power of execution. While execution of plans is critical – we have seen awful delays and procrastination over what is important – it is equally important that what is executed is just and right.

The Ministry of Science, Technology and Research is now Technology and Innovation! Names have changed. National Innovation Agency has been just operationalised. The important aspect is the inner concepts, philosophies and the purpose. Science and Technology, Research and Development are key for development and transformation for a nation as Solow’s 1987 Nobel Prize in Economics revealed. Sadly our economics have stayed away from this line of thinking for most of the time.

The power of execution

We are at times fascinated with the power of execution simply because we have suffered quite a lot from procrastination and feels day after day the feeling of nothing is moving or happening. We are quite experienced at moving from pillar to post! The general feeling of cynicism, whenever something positive is uttered demonstrates that the trust factor is quite low. Emotional waves of acceptance is one thing, sustaining hearts and minds to deliver under difficult conditions in challenging times is another.

One of the areas that we have not shown is courage in taking on some challenging targets. Chetan Bhagat writing on ‘Making India Awesome’ amply comments on this for India. His writings replacing India with Sri Lanka and equally with party names may seriously demonstrate the applicability in a Sri Lankan contest – an aspect that should be changed as there is a chance again now. The only issue is whether our youth is at present even considering Sri Lanka as the place of abode for their future is a looming question.

The indicators are quite worrying. I am sure if we take the viewpoint of the urban youth and the children in schools you may understand what I am pointing at. Using Chetan’s nomenclature we do have a lot of self-focused indifferent Sri Lankans! There is a difference to India, which we must understand.

Sri Lanka cannot afford the leakage of youth to outside but we do witness hemorrhage. What is sad is we just do not understand nor study the data well and subsequently factor in for decision making. While we exchange not so nice pleasantries on each other on Facebook – today the only book that majority read, it is easy to see how Mark’s net worth goes up. We just cannot be complacent in thinking that this is Paretto effect in action; 80% to be indifferent is not acceptable.

Chetan wrote his essay to push the number of caring objective Indians up from the nonproductive self-focused indifferent and the caring but aligned. Both these latter groups he identified as of limited value in ‘Making India Awesome’!

It is important that the leadership team in place understands what is to be done. The same old arguments over the past are not acceptable. I am not sure that feeding to a frenzied lot with a diet full of vengeance is in order. If there is the need to persecute and get rid of corrupt elements – that need is an imperative whatever the colour and the creed – that should not be the staple diet of what is happening fed over air ways every day at prime time.

Media may like such news but one should understand that the media in our country is not the most enlightened and forward looking. They would change if the leadership demonstrates the way.

An example is what the former Indian President Abdul Kalam’s letter to India from Israel. He observed that a bombing incident, which killed three people in Jerusalem is placed in the third page of the newspaper with the front page headline given to a scientist who had managed to bring water to the dessert in support of agriculture. He sent in a letter to India asking why not the Indian journalists report like that.

Sri Lanka invests quite poorly on Science and Technology and research and design. The country invests 0.1% of its GDP on R&D. This is way below par and in need of attention from the top. However, the investment should be driven with purpose. Imagine 20,000 (twenty thousand) or more projects done per year in the public university system per year.

State should channel projects to the system to enable studies to be made on issues of importance. National university system should take on projects, which are of national importance and relevance and not any topic to suit the examination system. Similarly there are potential with the private higher education system as well to follow suit. Today almost 100% of these projects are done only with a view towards realising the degree.

State should not only view the universities as institutes that needs support but more so as partners in the development drive. These are the places where the next generation leadership should emerge but at times I feel that we are merely producing solid enlightened labour to other external economies.

Strength and resilience of the economy

The strength and resilience of the economy would only come from advances made in the sphere of S&T via strategic deployment. The value chain of how such efforts could be gainfully employed should be understood. It is almost useless if only an effort is made towards generating a recipe unless there is the willingness to scale up the solution realised.

That is why roadmaps in key national priorities must be quickly developed. Institutes collaboration is vital and this needs breakdown of silo mentalities that drive the system in the name of protocols! The blind adherence to protocols have delivered very little to change the state of the nation.

I cannot resist pointing out a project team that had been quite productive but had been much less used of. Recent study of the Sri Lankan S&T ecosystem by the Korean STEPI (Science and Technology Policy Institute) had an interesting finding – the system lacks collaboration and coordination. However there had been a project initiated for the precisely same purpose – that they have missed in their analysis perhaps due to those who were interviewed not pointing out the fact to them.

The Coordinating Secretariat of Science Technology and Innovation over a period of six years has witnessed, identified and generated quite a number of forward-looking activities in the science and technology sector. One may be quite surprised to see the extent of engagement made with very limited public funding if one visits the website www.costi.gov.lk. However in quite a few areas translation to sustaining good results had been difficult due to poor understanding.

The public sector must not reward average performance nor should it have fixed ideas on the way to function. More meaningful progress is made with mindsets who have no inhibitions on driving down unexplored territory with open eyes. It is unfortunate that while almost agree on lack of coordination for results also witness the absolute reluctance to work with coordinators once instituted.

Fortunately for COSTI it did find some very forward looking partners to engage with which resulted in some solid outputs. I placed this statement on public space as efforts to communicate have been not that easy in environments that are happy to wear straight jackets!

The next couple of years perhaps we are going to face a significant debt repayment burden. We however say with confidence that up to now we have not failed to honour repayments. However, we must have a vibrant dynamic system that brings in income sufficiently to ride the wave rather than depending on a loan to repay an earlier loan. We do have significant opportunities if we take a deep study of the opportunity space.

Important roadmaps to be executed

There are some important roadmaps to be executed in the area of food, energy and environment. Using our resources innovatively has to happen. Clinging on to the commodity mindset and tourism should be dropped. Let tourism be there as a very viable cash-flow mechanism. We must have concrete steps for moving away from cheap labour based inward remittances, which demean our society. Remember that decent jobs is a sustainable development goal. It is very much important that knowledge led but equally protected mechanisms are set in place.

Nationally we await intellectual property to be positioned at a higher level as that is the surest way to move on with design and gain economically. Check the back of an iPhone – Design in California and Made in China and consider who benefit most? Also understand the percentage of contribution by intangible assets to any developed economy – 33% in USA for example. COSTI had a tagline for this type of process – Design in Sri Lanka when it developed CERA (Center of Excellence in Robotic Applications) and this line of policy is very important.

There is an imperative to create a more science literate society in Sri Lanka. We are getting into lots of unnecessary but economically draining issues simply due to this situation. Hope that too would receive the necessary attention of the new leadership.