Home / Columnists/ The Provincial Council Elections – The charade goes on

The Provincial Council Elections – The charade goes on 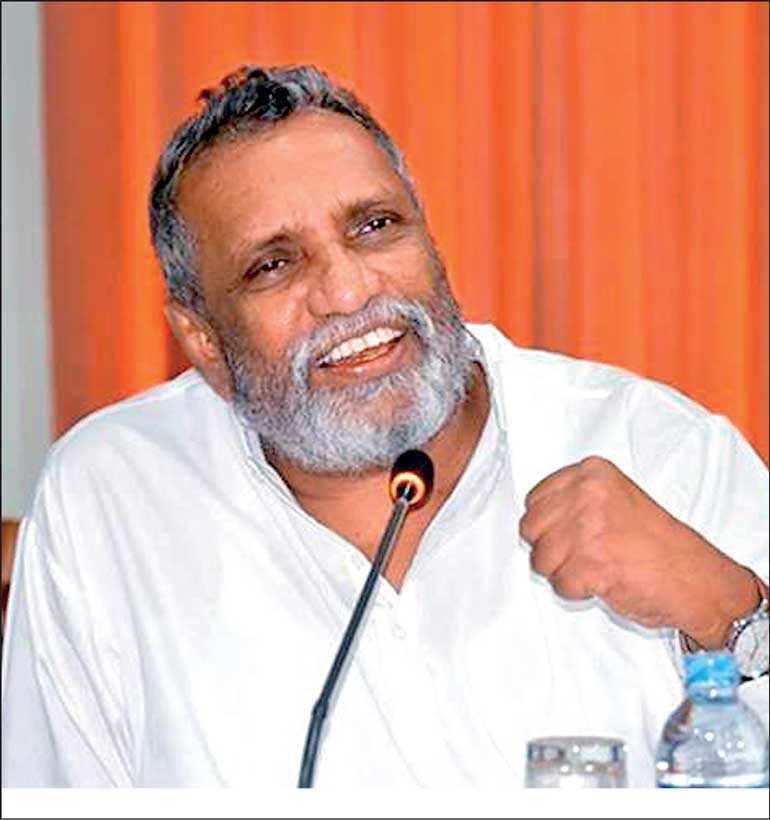 Everyone (with the exception of his family) advised EC Chairman Mahinda Deshapriya against a resignation, saying with PE round the corner, such a resignation would be disruptive and anti-national. Convinced, he signalled that he would not be resigning. Yet he felt he had to try one last push for the PCE. Honour demanded it

Originally the SLPP was keen to hold the Provincial Council Elections (PCE) immediately after the Local Government Election results as they felt the PCE would go in their favour. PCE were held under the

Proportional Representation system. The relevant Act had been applied several times and was well-tested. Several councils had overdue elections. But the Government did not seem interested in holding PCE.

At the time, although the Government wanted to avoid elections, it was checkmated by the Election Commission (EC) which called for elections in the few Local Government bodies where the Government had not been able to sabotage elections by delaying delimitation as required under the newly-revised LG Act, and by filing cases through proxies. When it was clear there would be a referendum on the Government’s performance at least in a few councils, the cases were withdrawn and Local Government Elections (LGE) were held on 10 February 2018. The Government performed abysmally.

It now seemed that the Government did not want the long-delayed PCE. As if to sabotage PCE, Parliament passed the Provincial Councils Elections Act No. 2 of 1988 as amended by Act No. 17 of 2017. The subtle trick on everyone was that no PCE could be held because that Act was sabotaged ab initio by leaving out the required schedules without which PCE cannot be held. No one noticed at the time.

The SLPP was still keen on PCE and pressed for them. As it was clear that there was a deliberate delay, Prof. G.L. Peiris argued on behalf of the SLPP that the old law was still valid under Section Six (ii) of the Interpretation Ordinance, viz. “Whenever any written law repeals in whole or part a former written law and substitutes therefor some new provision, such repeal shall not take effect until such substituted provision comes into operation.”

The SLPP demanded on this basis that we hold PCE under the old law. The delimitation report defining the electorates for the new Act was rejected unanimously by Parliament and the five-person committee to approve the report in the event of its rejection sat on it with hardly two meetings during the two months it had to approve changes and send it to the President for gazetting.

The Commission took no action in pursuit of the SLPP position because the view was expressed that in doing the delimitation report the new law had already gone into operation. I was sympathetic to the position that the Provincial Councils Act had not come into force because Parliament has been negligent in approving delimitation in time. 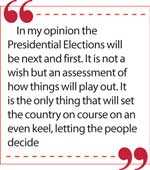 As time dragged, I judged that all or most parties came to not wanting PCE before PE. Explained a person who attends the Party Secretaries’ meetings at the EC that fighting for nominations prior to the PCE and for offices after that would ruin the party unity that is required for the PE.

Only the EC to its credit felt compelled to somehow hold the PCE because that is what the law required. To me personally, this was important because the Provincial Councils are a hard-won means of empowering minorities and those at the periphery. To my horror some are now speaking of scrapping Provincial Councils altogether, saying we are doing well without them.

The President, PM and most notably the Speaker, as Chairman of the Constitutional Council that would appoint his replacement in the event of his resignation, sent messages through numerous channels that the resignation would not be accepted. Deshapriya clarified that he would resign only his Chairmanship and not his membership. He told me that he could absent himself from three consecutive meetings, and the question of having his resignation accepted would not arise. But then, it would mean losing both the Chairmanship and the Membership.

Everyone (I understand with the exception of his family) advised Deshapriya against a resignation, saying with PE round the corner, such a resignation would be disruptive and anti-national. Convinced, he signalled that he would not be resigning. Yet he felt he had to try one last push for the PCE. Honour demanded it.

The Commission then met the President and asked him to use his constitutional power to seek the advice of the Supreme Court – whether the old law is valid or if he may gazette the delimitation report to allow elections under the new law. He promised to get back after consulting the AG. On 26 July whilst in London I was informed, “[T]he AG has communicated to HE the President that there’s no possibility [of] enquiring of the applicable law from the Supreme Court.” It seemed clear at the time that the next elections would be PE.

Who twisted whose arms and promised deals I do not know, suddenly the AG’s non-possibility became reality.

Early this month the President under Article 129 of the Constitution asked our apex Court through the AG for an advisory opinion on three questions:

(a) In view of the Review Committee failing to submit its report to him in accordance with sub-sections (13) and (14) of Section 3A of the new Provincial Councils Elections Act whether, he can as President by proclamation publish the report by the Delimitation Committee submitted to the Minster.

(b) On the basis of the proclamation whether, the PCE can be held under the new PCE Act.

(c) Whether in the absence of such inability to hold such PCE in terms of the present law, PCE can be held under the law that was in force prior to the enactment of the new PCE Act.

The stress was not on c) as we wanted since winning that would mean no further Parliamentary intervention.

Courts will usually not tell Parliament what to do. To avoid contempt charges I will not say what any intelligent man would know about the judgement. I think the law is clear. The AG was clear in July but will now argue something else.

Even if the Court decides yes to a) or b), Parliamentary action is a must to revise the new law giving the missing schedules. That is going back to square one. Sumanthiran even gave a private member’s bill to reinstate the old law but it missed the order paper for this week, meaning that even if it is passed later PCE would clash with PE.

This charade is costly. If the Courts allow PCE by saying yes to c), they must be held immediately because the law requires elections to expired Provincial Councils – that is to all save one – and no Parliamentary action is needed. PE cannot be shifted. If the two elections are held together, both elections will be chaotic. Why? All minority parties will probably urge followers to vote for one major party in PE. At PCE, they may attack the same party and urge followers to vote for them.