Home / Columnists/ Sea turtle conservation: Is it up to the hatcheries?

Sea turtle conservation: Is it up to the hatcheries? 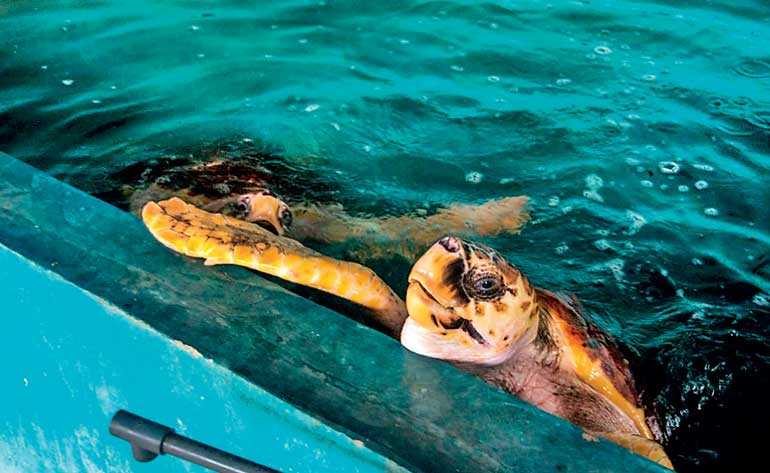 Flapping at the walls

Sea turtles have been around for more than 100 million years – even surviving dinosaurs who became extinct. Today, nearly all species of sea turtles are classified as endangered by the IUCN Red List. Entanglement in carelessly discarded fishing gear, plastic pollution, consumption of turtle eggs and meat are few of the battles that they have to fight for survival; so much so that only about one in a thousand survives to adulthood.

Given the dire need for conservation of sea turtles, hatcheries appear to be delivering imperative outcomes in keeping the populations from declining. Nevertheless, due to several factors, the effectiveness of such efforts has become controversial.

In some of the busiest coastal areas; western and southern, lie the most common sea turtle nesting grounds. Often when the sun sets in the nesting season, female sea turtles make an appearance on the sandy beaches to safely lay their eggs. A female deposits 50 to 200 (depending on the species) in an egg cavity inside the body pit dug with her flippers, and then heads back to the ocean.

Yet the eggs do not stay where she stores them. Volunteers and staff members dig out these eggs to then be planted in a manufactured nursery in the hatchery premises ensuring safety from poachers and predators. However, this liberation that disturbs the process of nature seems to have disparate adverse effects on sea turtle populations.

In essence, due to the temperature-dependent gender determination in sea turtles, the relocation of the eggs from the nest to a nursery could create a gender ratio imbalance. According to Sea Turtle Conservancy, cooler sand has a tendency to produce more males, with warmer sand producing females. As a result, if the number of female hatchlings that head back to the ocean decreases, the potential to populate is debatable.

By the looks of it, letting the sea turtle eggs stay where they’re nested is the best thing for them. However, at night used to advance the poachers who dug the eggs back up to be sold off, to be consumed as omelettes. The establishment of hatcheries has prevailed this from happening as the eggs that were destined to end up on a plate are now purchased by them at an inflated rate. This has certainly improved the chances for sea turtle eggs, including the ones of rare species.

Moreover, curious resident dog packs may scare off the sea turtles that head towards the beach to nest. In developed countries, the solution to this concern is as easy as not allowing dog walks down the turtle protected areas of the beach. However, the lack of fenced properties of the coastal community of dog owners makes it rather difficult to implement sea turtle protected zones in the beaches. 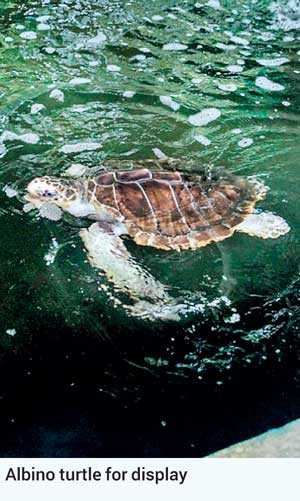 Headstarting in a cement tank

The salvation from poachers and predators comes at a price. Naturally, hatchlings begin their journey towards the ocean as soon as the sunsets and swim for their lives for 24-48 hours. But, when put in the tanks after they crack open their shells, they start to tire themselves out for days by swimming before they swim out to the ocean. As a result, they may not have enough strength for the frantic swim frenzy that is ought to take them away from the predators and into currents that take them to the open ocean. Coupled with that, there is also the risk of them not returning to the same beach to nest. Having been in the tanks instead of the beach means the chances of them imprinting the location are next to no.

Notably, when hatchlings occupy the cement tanks along with food and excrement, bacteria become a cause for concern. The touching of baby sea turtles without gloves by tourists and other visitors increases bacterial infections. When finally released out to sea, they may carry the bacteria and spread it to the sea turtles untouched in the wild. Regrettably, due to the ‘lost years’ that they spend in the ocean, the damage done by the tanks may remain unascertained for years to come.

Although the ethical way is to release the baby sea turtles in the evenings as soon as possible to the ocean, some hatcheries hold on to them for weeks, months or even years so that tourists get to pet and take photographs holding them. The rare albino sea turtles that visitors gasp at may even reside at the hatchery for the rest of their lives.

The natural process of hatchlings sprinting their way to the ocean after crawling through their turtle-made nest is yet again disturbed by irresponsible human activities. For instance, when the season comes, tourists and other interested parties are given the opportunity to witness the moments of sea turtles nesting as the night dawns. Regardless of the prohibitions placed on the use of loud noise, bright lights and flash photography that is highly disruptive to nesting sea turtles and their hatchlings, the likelihood of bigger groups crowding up the beach with their cameras ready with the flashlights on are always high.

If the eggs somehow survive the poachers and predators for about 45 days till breaking out of the shells, then comes the next visit to witness hatchlings head out to sea at night. Hatchlings in particular, depend on natural light horizon over the ocean to head in the right way. The existence of any artificial light source disorientates them. The rules advise visitors to take with them a red torch that emits wildlife-friendly lighting. The break of such rules would result in hatcheries flipping their way inland. Similarly, other sources of lights such as street lighting, campfires would result in them mistakenly reaching pools instead.

Prisoned for profit or strictly for conservation?

While some hatcheries do not send out immediate warning signs, others do. Typically, the visibly upset sea turtles flapping furiously at the walls of the concrete tank in an attempt to climb out of them or to be fed fish with tongs when approached by visitors. In despair, they swim back and forth trying to socialise with other sea turtles in the tank.

Although the ethical way is to release the baby sea turtles in the evenings as soon as possible to the ocean, some hatcheries hold on to them for weeks, months or even years so that tourists get to pet and take photographs holding them. The rare albino sea turtles that visitors gasp at may even reside at the hatchery for the rest of their lives.

Therefore an aspect that cannot be criticised is the rescue and rehabilitation done by hatcheries. In some tanks live sea turtles who are missing flippers and have deformed shells, disabling them from surviving in their natural habitat. The causes of such injuries vary from anthropogenic activities such as entanglement in fishing gear or natural phenomena. Some are released back into the ocean once fully recovered. Such commitment also saves these turtles from being caught in open water for consumption by poachers.

Tourists and local enthusiasts can be a part of the solution by recognising the hatcheries that are unethical, avoiding and reporting them to travel agencies. Hatcheries that prioritise profits over welfare will then be discouraged to continue to exploit such magnificent creatures. After a negative customer review sparked an investigation into hatcheries, Responsible Travel (an activist travel company based in the United Kingdom) abides by the following guidelines for tourists):

The absence of feasible alternatives in Sri Lanka makes it impossible not to believe in the potential of sea turtle hatcheries in contributing towards the goal of keeping sea turtles from being pushed further to the brink of extinction. However, recommended guidelines have to be taken into consideration, followed by strong regulation.

(The writer is a L.L.B. undergraduate at the University of London (International Programs) and could be reached via email at maleesha321@gmail.com.)