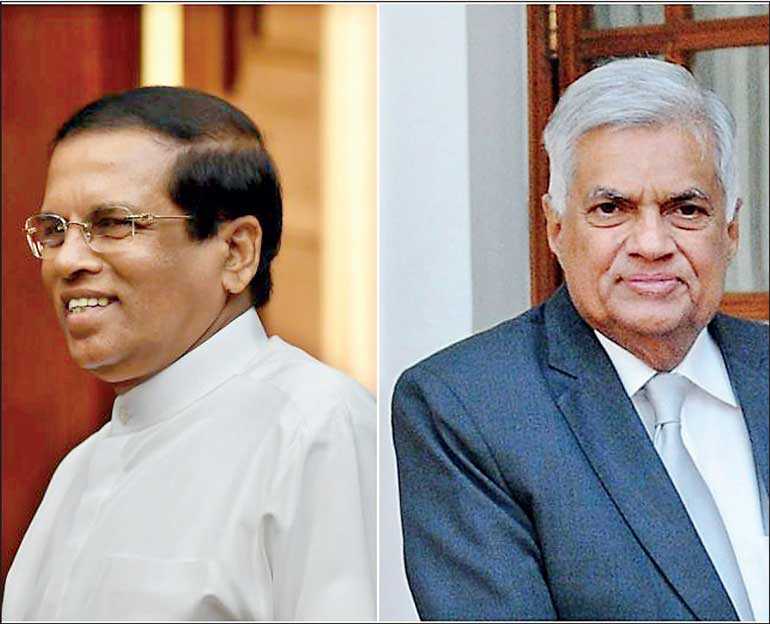 What has the Yahapalana regime done to protect the Muslims? The President and the Prime Minister did not even raise a finger but stood helplessly as anti-Muslim violence raged in Negombo and parts of NWP

In a number of short but provocative pieces that Daily Financial Times published, the pathetic state of Muslim political and religious leadership, its lack of vision about the community’s future in this country, and the leaders’ incapacity to understand the root causes of the Muslim problem, let alone their readiness to act on it, were

highlighted, and, as expected, the articles received some acrimonious reaction from a few readers. The Easter carnage was the end product of this failed leadership, which preferred to sit back and bask in a state of denial.

That horrendous Easter infamy caught Muslim leaders totally unprepared. Apart from condemning the perpetrators and putting the blame on State authorities for not acting pre-emptively on information received from Muslims themselves, Muslim leadership had no plans to prevent the violence that was to follow and led by the usual suspects.

Once the Buddhist far right decided to resume the anti-Muslim rampage, which it halted temporarily after Aluthgama, Ampara, Gintota and Digana, and started justifying its action by piling accusation after accusation without proving any of them with hard evidence, not only against Muslim politicians but also Muslim professionals and businessmen, the entire community fell under siege with no one to turn for help. Regrettably, with encouragement from sections of Buddhist clergy, even elements from the Tamil community from the Eastern Province have joined the fray.

The resignation en masse of Muslim ministers, deputies and governors did not seem to have had any impact on the situation.

A couple of them have re-joined the Cabinet, apparently at the request of the Mahanayakes. In all probability the rest may soon follow them.

But what has the Yahapalana regime done to protect the Muslims? The President and the Prime Minister did not even raise a finger but stood helplessly as anti-Muslim violence raged in Negombo and parts of NWP. Even now, when a high priest called for Muslims to be stoned, there was absolutely no reaction from the two top men.

Once again it is power politics that rules leaders’ behaviour. It was only after the Aluthgama riots that Muslims became increasingly frustrated and angered, because of Rajapaksa’s inaction to make the perpetrators accountable while compensating for the losses incurred by victims. They therefore decided to desert him at the 2015 Presidential Election, hoping that the Yahapalana regime of the MS-RW duo elected with the overwhelming support of minority communities would redress at least some of their grievances. That hope was shattered by the incompetency of RW and malevolence of MS.

In his desire to gain the presidency for a second term MS is now engaged in doing anything to increase the size of his vote bank. Like every other politician in the country, he too finds communalism a handy weapon to fight election battles. He also knows very well that the Buddhist far right is making serious inroads into the traditional vote banks of established parties. MS would therefore love the support of the far-right to his presidential campaign. It is in this context that one should view the President’s planned negligence of his duty to provide security and protection to Muslims when they were attacked by the far right mob.

In spite of all his manoeuvrings and cunningness whether he will stand a chance of contesting for, let alone winning, the presidency is highly uncertain.

RW of course has conveniently shifted the blame onto MS, because defence and security portfolios have been taken over by the President himself.

RW also calculates that if he sits tight without doing anything Muslim and Tamil votes would once again fall on his lap. It is to sabotage that eventuality the far-right is now showing its sanctimonious face to the Tamils by taking the anti-Muslim campaign to Eastern and Northern provinces.

In between MS and RW, is MR who would love to see what is happening to the Muslims, because he has some old scores to settle with them after 2015. He too wants the far right on his side in his contest for power.

The saddest thing about the far right campaign against Muslims is the serious damage that that campaign is causing to the recovery of the economy, especially after the haemorrhage it received from the Easter carnage.

Historically, Muslim businessmen had been the backbone of the economy’s retail sector. The campaign to boycott Muslim shops is to destroy a substantial segment of that sector.

The far-right hoodlums and their priestly and political backers do not seem to have any clue about the interconnectedness of different sectors to the overall and growth of the economy. Retail sector is connected to wholesale and external sectors, which in turn impacts trade balances, currency value, cost of living, employment and ultimately economic growth.

Already, Moody’s has downgraded Central Bank’s growth estimate of 3.6% to 2.5%. By allowing this collateral damage to continue for the sake of political gain, the Yahapalana regime is in total collusion with the far right. Boycotting Muslim businesses is an act of self-destruction.

Thus, with a political and religious leadership lacking vision and constructive undercut each other and deliberately unwilling to help, with an Opposition watching with glee the sufferings of a whole community, and above all with a vengeful mob thirsting for blood at any cost, the Muslim community has been virtually left orphaned and living under siege. The silence of the majority in this context is more frightening than the malicious cacophony of a bloodthirsty minority.

Given this scenario, it is empty bravado and dangerous for any Muslim politician to say that his/her community is a minority locally but majority worldwide. What does that vainglorious rhetoric imply in practice? Was it meant to imply that Muslim countries from outside would come to the aid of their brethren here? That will never happen. The problem the community facing is a domestic issue and has to be solved domestically.

The Muslim leadership should not repeat the mistake that Tamils made earlier. That sort of braggadocio only goes to show how bankrupt Muslim leadership has come to be regarding long term solutions to recurring fissures in our plural polity.

As far as the Muslim community is concerned the solution to its current predicament lies on two fronts: internal reforms and external reach. The first is long overdue, but attempts to reform even outdated marriage customs and a masculinised Muslim Marriage and Divorce Act, to modernise madrasa education, and to stem the tide of Wahhabisation, etc., all with a view to arrest a self-alienating trend in the name of safeguarding identity, had been thwarted by an obscurantist religious orthodoxy acting in cahoots with opportunistic politics. Yet, to restart the campaign for internal reforms now is impossible because of the existential threat from outside. That threat has to be removed first, which can be done only by a collective effort and by reaching for assistance from outside the Muslim community.

In spite of all the difficulties and losses suffered at the hands of the Buddhist far-right one thing should be understood by all Muslims, and that is, the far-right does not represent the vast majority of Sinhala Buddhists and Sinhala Christians. Throughout history a philosophy of ‘live and let live’ had been the guiding principle of Buddhist life in Sri Lanka.

Groups like Sinha Le, Bodhu Bala Sena, Mahason Balakaya and so on are the post-civil war avatar of the far-right phenomenon that emerged in 21st century West with its anti-Muslim, Islamophobic and primordial ethnic and cultural values.

Whereas in the West the far right is campaigning against Muslim immigration and spread of Islam, in this country it is a campaign to destroy Muslim businesses, impoverish the Muslim community and obliterate if possible Islam itself.

Unfortunately, all major political parties see profit in supporting this campaign, some openly and others silently.

There are also in addition, anti-Muslim mercantile interests and even foreign hands that are supportive of these groups.

In actual fact, if one could de-mask the face of these groups, one would see that they are truly neither Buddhist, nor democratic and not even national.

Their philosophy is totally alien to the Buddhist ethos of historic Sri Lanka.

Muslims should therefore seek assistance from alternate leadership outside their own community and outside the circle of local politicians.

It is pointless to expect politicians of all hues and from every tribe to speak out in public let alone act against the growing Muslimophobia, because all of them want to make political capital out of it.

However, there are compassionate and apolitical leaders in every community with whom Muslims should work with. Religious dignitaries such as Ven. Galcoda Dhammananda of Walpola Rahula Institute and Archbishop Cardinal Malcolm Ranjith from the Catholic Church are shining examples of unlimited compassion and love towards every human being. Why aren’t the Muslims seeking their assistance?

Even among politicians there are some rare exceptions like Mangala Samaraweera, who is prepared to challenge the Buddhist establishment when it makes un-Buddhist, communally provocative and irrational statements. There are also civil rights groups consisting mostly of Sinhalese and Tamils that are agitating for the fundamental rights of every citizen in the country. Where are the Muslims among these groups?

It is of little use for Muslim politicians to meet the Mahanayakes after allowing things to deteriorate.

It was the failure of these politicians and Muslim religious leadership, like the All Ceylon Jamiyyathul Ulama, to foresee what was about to happen that led to the present situation. Only a collective, multi-ethnic and multi-religious alternate leadership can save not only the Muslims but also the country. As a first step to achieve that, Muslims themselves should come out with an alternate leadership that is prepared to join hands with leaders and institutions from other communities in order to save the nation and themselves. The community has to think outside the circle for solutions. The far right is a new virus that needs a new antidote.