Home / Columnists/ New cabinet of ministers: How to make?

New cabinet of ministers: How to make? 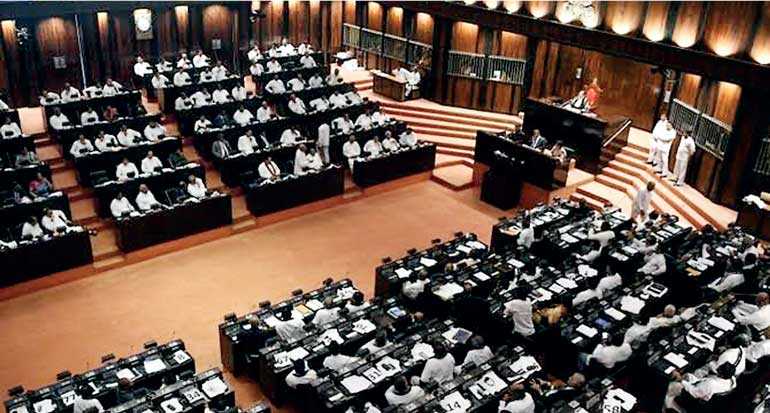 A new cabinet of ministers being appointed after the Presidential Election is inevitable. It is not only fair but also constitutional. However, it must be done intelligently and with understanding. Otherwise, the citizens’ decision on 16 November could be devalued.

There are 30 ministries in the current government. It is a complicated, convoluted, unimaginative list which had been modified from time to time based on the political needs of the situation, mostly to win opposition MPs by adding and mixing weird portfolios. Therefore it needs to be reimagined.

Looking at the manifesti of the main candidates it is encouraging to see that there are more similarities in their policies than differences. It looks like they have been drafted based on real citizens’ needs and proposals, with a bit of copying each other. Therefore it is reasonable to deduct the executive priorities of the Republic, based on these manifesti.

Accordingly, I would like to propose the following 22 ministries. Some of them are traditional (e.g. Ministry of Defence, Ministry of External Affairs, Ministry of Sports, etc.). Some of them have combined closely-related areas assuming it will improve efficiencies (e.g. Ministry of Cities, Villages, Roads, Buildings and Houses, Ministry of Lifelong Education and Skills Development). And I’ve tried to keep them interdependent in order to create synergy as well as checks-and-balances. I’ve described the purpose of these ministries to suit the 21st century. Some ministries which I thought are irrelevant have been removed altogether.

This is my proposal. Please send me your innovative and practical ideas to improve it further. I have kept space for three more ministries, as I believe the cabinet should be confined to 25 ministries. For the ease of execution, ministries such as the Ministry of Cities, Villages, Roads, Buildings and Houses may have more than one deputy minister appointed with task delegation. Please see the table.

Either as above or as per the existing list, we then have to appoint ministers to the different ministries. What has been happening thus far is an unnecessary tug of war between the President and the Prime Minister, creating a dog fight between the henchmen of theirs, and finally, the ministries distributed among the same corrupt heads. It’s not scientific. It’s not fair. It’s certainly not democratic.

Part 2 – Appointing the cabinet of ministers

Actually, there is a simple, mature and democratic process to do this.

a) Appoint the prime minister

As per the Constitution, the President must first appoint the prime minister. The President must select the Member of Parliament who in his/her opinion will most likely to command the confidence of the parliament. It doesn’t say in the constitution “how” to measure the confidence. And note that it does NOT say “majority” support. Therefore there is no rule that the leader of the party or group which has the majority or highest number of seats in the Parliament should necessarily be the prime minister by default.

Remember that this ambiguity has NOT been interpreted by the Supreme Court yet. Either way, the President will have to first appoint a prime minister. The following process may be used for the same purpose as well.

After identifying the ministries (above), the vacancies for ministerial and deputy ministerial posts must be published openly. The cabinet of ministers is one of the three parts of the “Executive” of the Republic. What it means is the ministers’ role is to “execute” the decisions (laws) made by the Legislature.

I have been repeatedly explaining that holding both executive powers (as ministers) AND legislative powers (as MPs) is a violation of the basic principle of the separation of powers and checks and balances. This critical violation must be corrected in the next constitutional reforms. Anyway, the point is ministers should be “executives” i.e. “doers”.

Now any Member of Parliament may apply to any one or more (upper limit needs to be decided) ministerial and/or deputy ministerial posts. They should submit a formal application with their educational qualifications, professional experiences, previous service record, and their ideas to execute the relevant ministry’s role. All this information must be openly published on the Parliament’s official website and on all mass media for public knowledge and discussion.

Then the citizens must be given a reasonable time to discuss the suitabilities of the applicants. It will mostly happen on social media and on mass media. The President, the prime minister and the leader of the Opposition may interview the applicants. Then there may be a parliamentary debate on the suitability of the applicants. All this can be open to the public. Discussion and debate is the first and most important stage of democracy. Knowing their faults will be divulged, most corrupt members of parliament will automatically refrain from applying.

e) Voting in the Parliament

Then the MPs will vote on the short-listed applicants in the parliament for different ministerial and deputy ministerial posts. In doing so the MPs must follow the citizens’ mandates and responsibly use the “legislative power” i.e. the “decision-making power” of the citizens delegated to them temporarily. This may or may not be a secret vote.

Finally, the applicants who receive the highest number of votes for the respective ministerial and deputy ministerial posts will be appointed accordingly by the president. This is the basic democratic process which must be followed for all decision making in the Republic. Appointing ministers or any senior public servant should follow this fair, open and transparent process. Therefore there is no need for any Independent Commissions to make appointments. In fact, the Prime Minister can also be selected through this process. Ideally, it should be done at the end of the selection of all other ministers. Members of Parliament are the citizens’ representatives. They are “elected” by the citizens. Therefore all decision making including appointments must be done by the citizens’ representatives and NOT by some corrupt henchmen so-called experts in those undemocratic commissions who are not elected by the citizens.