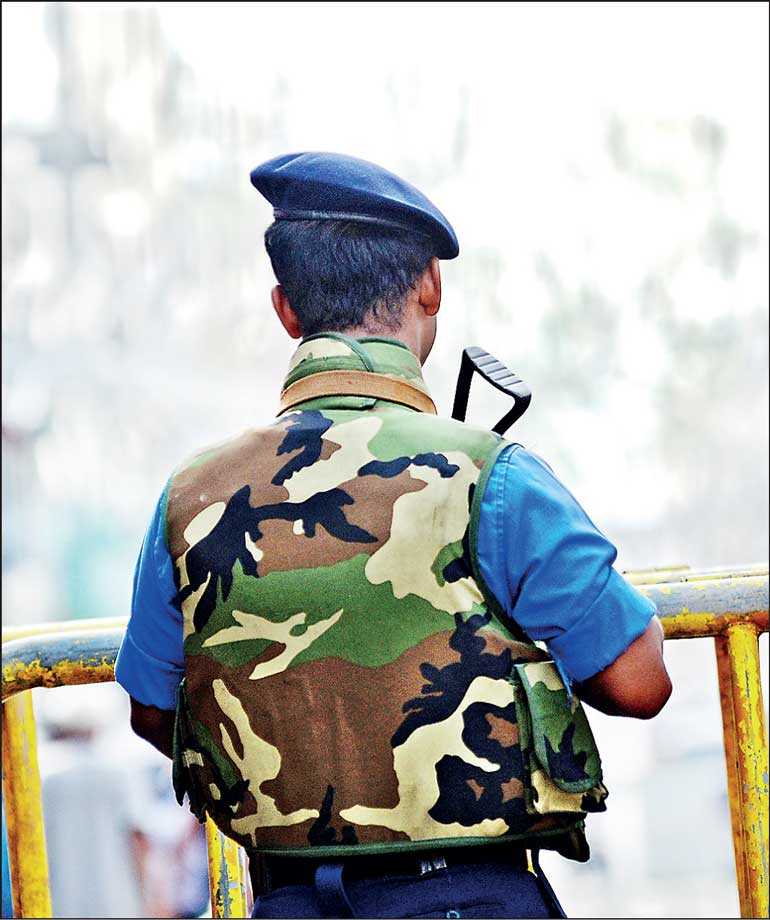 Realists view the state as a sovereign entity guided by national interest to protect its integrity by use of power. At its most fundamental level, national interest is generic and easy to define: all states seek to preserve their political autonomy and their territorial integrity, which are described as national interests. Once these two major platforms have been secured, national interests may take different forms. Some states may have an interest in securing more resources or land; other states may wish to expand their own political or economic systems beyond their borders; some others may merely wish to be left alone.

National security strategy is an iterative process, which begins with assessing a security situation that affects national interests. In the recent past, many powerful states were in the process of designing national strategies that were focused on national security related issues guided by military strategy, development of structures and designed for counter terrorism.

A national security strategy based on a sound national security policy (NSS/NSP) is crafted to deal with specific security challenges. The priorities of NSS or NSP can be changed according to different interests of a state.

President Ronald Reagan submitted the first of these reports, titled National Security Strategy of the United States, in 1987. There were 15 NSSs published by five different administrations since then, with the main goal to protect the American people, the homeland and the American way of life.

The 2011-2016 Philippines National Security Policy (NSP) emphasised that “the welfare and well-being of the people are of primordial consideration” (pg. 31, paragraph 4). The 2017-2022 Philippines NSP reiterates the concept, affirming that “the general public must be secured and protected from any harm that could endanger their lives, properties, and ways of life”. Brazil’s 2007 National Security Strategy focused on reorganisation of the armed forces and cyber, nuclear and space security.

In the United Kingdom, 2010 National Security Strategy was crafted in order to ensure the security of eight different challenges aligned with risk prioritisation. They are, 1) terrorism, 2) state threats, 3) risk of instability, 4) risk of disruption to flows of people and supplies that were essential to the economy, 5) risk to disruption of the flow of capital or information, 6) risk to the international system, 7) transnational organised crime, and 8) natural hazards.

Strategists who help develop the NSS must understand its pivotal role in the creation of subsidiary strategies and plans. According to US Army War College’s Harry R. Yarger, “The hierarchical nature of facilitates span of control. It represents a logical means of delegating responsibility and authority among senior leadership. It also suggests that if strategy consists of objectives, concepts, and resources, each should be appropriate to the level of strategy and consistent with one another. Thus, military strategy at the national level should articulate military objectives at the national level and express the concepts and resources in terms appropriate to the national level for the specified objective.”

Considering the above information, it is clear that Sri Lanka also needs a systematic and well-designed National Security Strategy, where there will be no such attacks like the 4/21 Easter bombings in the future. Sri Lanka is a proud nation, which ended a protracted violent armed conflict against one of the most dangerous terrorist groups, the LTTE, back in 2009.

In order to continue that hard-earned peace and security, Sri Lanka should take steps to develop a national security strategy based on a sound national security policy, where it could provide a detailed strategic vision of the current and future security environment; communicate the nation’s values; present a comprehensive analysis of the range of threats to the homeland; consolidate the Government’s various national security related poli­cies and strategies; present prioritised and measure­able goals and objectives with timelines; identify the international and domestic factors such as compara­tive capabilities, issues, and trends that will impact the attainment of security goals and objectives.

In the Malaysian NSC, chaired by the Prime Minister, the main focus is on national security, strategic resources and socio-economic stability.

In many countries, the National Security Councils are being chaired by either President or Prime Minister with a group of ministers responsible for important fields such as Defence, Foreign Affairs, Finance, Home Affairs, Chief of Defence Forces, IGP, etc.

The NSC should be a legally established institution with a permanent secretariat. It must meet at least once a month in order to review the current security situation in the country. The NSC should get advice from senior military and intelligence officials. The NSC could be supported by academics and distinguished members of civil society drawn from expertise in internal and external security, foreign affairs, defence, science and technology and economic affairs as in the case of India.

National security is the main tool which helps protect sovereignty of a country. It can be described as the backbone which strengthens the country’s internal and external security and stability. The Government should embark on this task as a matter of priority, in order to protect Sri Lanka’s national interests and sovereignty.

(The writer is the Project Executive, Pathfinder Foundation. Readers’ comments are welcome at: pm@pathfinderfoundation.org)