Making BIMSTEC happen is the role of the business community too 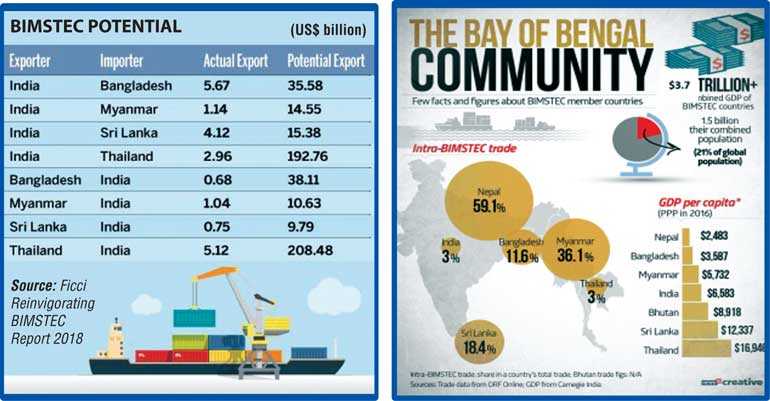 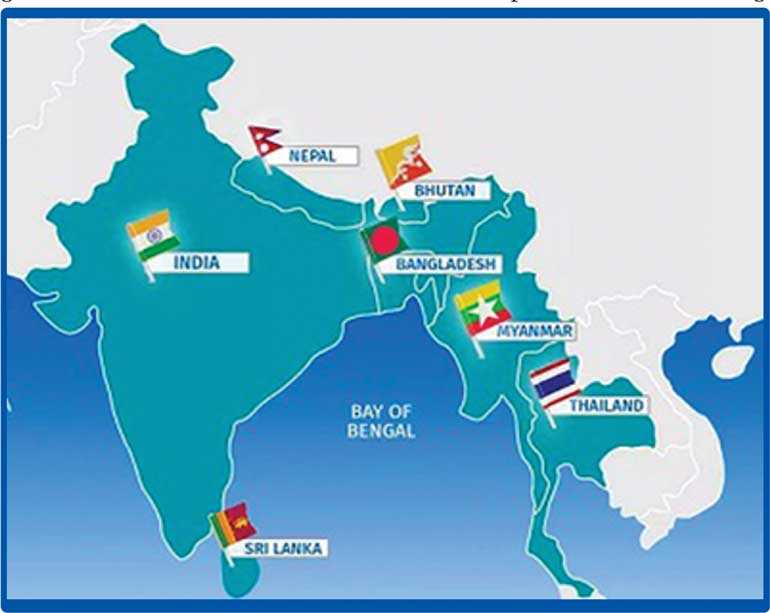 Simply what is the use of a regional or global trading bloc if the citizens and businesses are not engaged in trade-related activities through such economic corporation? If not, then they become pure political instruments and talk shops for bureaucracy and academia to discuss possible outcomes and ideas of numerous activities that can and could happen if many ‘ifs’ are possible. This is certainly not a practical way of achieving the objectives of such organisations and the sustainability of the original intentions creating trading blocs.

There is no secret that the South Asian Association for Regional Cooperation (SAARC) as a South Asian regional group has failed to move forward in a meaningful manner due to the political disconnect among major nations.  As a result, the region has probably had opportunity costs amounting to many billions if not trillions of dollars to the economies as the inter-regional trade among the SAARC nations are weak and remains less than 5% of traded values of merchandise and services.

This article is not about SAARC but another grouping which was established in 1997, under the name BIMSTEC (Bay of Bengal Initiative for Multi-Sectoral Technical and Economic Coorporation). According to some scholars BIMSTEC has been lying mostly idle, but there is some resurgence of strategic and economic interests in the Bay as part the Indo-Pacific has caused the sub-regional grouping of the Bay littorals, to gain traction in recent past due to extern factors bringing in the importance of connectivity for trade growth in 2018, Sri Lanka again took over the chairmanship where Bangladesh has the secretariat.

Whilst some discussions and workshops have been held in different countries of the BIMSTEC, there has been no tangible results through this organisation as business simply doesn’t or haven not taken off with BIMSTEC. In fact, SAARC is better known among South Asians because chambers have been created and certain institutional framework have made necessary publicity to the media and the general public who is somewhat aware of its existence as a non-functional regional agreement. However, in the case of BIMSTEC, nothing of that sort too has been strongly emerged and the general public is not aware of the BIMSTEC itself and its purpose.

Who is to blame?

It is not the total responsibility of governments, bureaucrats or academia to take forward such regional arrangements. Trade is important for the business community.

The question remains, how much knowledge do they gather from bi-lateral and multi-lateral arrangements? Are policy makers aware of the potential benefits? What is business sector contribution to take initiatives to strengthen regional agreements such as BIMSTEC to make practical inroads into connectivity and possible trade volume increases among the littoral states? Do they take an initiative to pressure governments to take leadership in achieving targeted reforms to create new spaces for business development and to access regional markets in a more meaningful and a systematic process?

In South Asia trade is always mixed up with sovereignty. An organisation such as BIMSTEC cannot successfully function if all member countries do not give up certain trade sovereignty to promote greater economic participation and activity to bring in trade volume growth to the member countries through greater market access. However, most of the time, politicians and bureaucrats in a vacuum where there is no business interest is linked, discuss aspects of sovereignty to political dimensions and fail to realise the potential of prosperity that nations can enjoy if organisations such as BIMSTEC are more seriously actioned into practical business solutions for trade growth.

BIMSTEC accounts for 22% of the world’s population with economic activity reaching four (4) trillion USD and a promising GDP growth trajectory. It is also a unique regional group, where South Asia is combined with East Asia making many opportunities for connectivity and trade through the Bay of Bengal to many markets. The littorals can be connected via greater maritime focus. Coastal shipping, expanding feeder services through the port networks of the BIMSTEC nations can make the initial steps towards connecting sea routes for low cost transportation of goods and support the international logistics services of all member countries.

Already  the carbotage rules of India has been relaxed, making new opportunities to the shipping industry, Bangladesh and India has had a successful coastal shipping agreement and Sri Lanka  and Bangladesh have almost negotiated a coastal shipping arrangement which is yet to see the implementing due to the delays of Sri Lankan authorities

To make practical use of BIMSTEC, some of the major areas that the business community along with policy makers must initiative are as follows:

As Sri Lanka will be finishing its term as chairman of BIMSTEC in the coming year, as a frequent speaker at BIMSTEC events I seriously hope that the new Government will take initiatives to start a process that will encompass the said recommendations in order to make the economic corporation more meaningful over the coming years.

If South Asia fails to make headway, non-regional powers will take over the business opportunities at the cost of the regional players, while the East Asian block nations of the group will look at moving with other eastwards trade arrangements ignoring BIMSTEC.

(The writer is the CEO, Shippers’ Academy Colombo and Chairman, Logistics Advisory Committee, National Export Strategy to the Export Development Board – Sri Lanka and an international speaker on trade and logistics industry.)