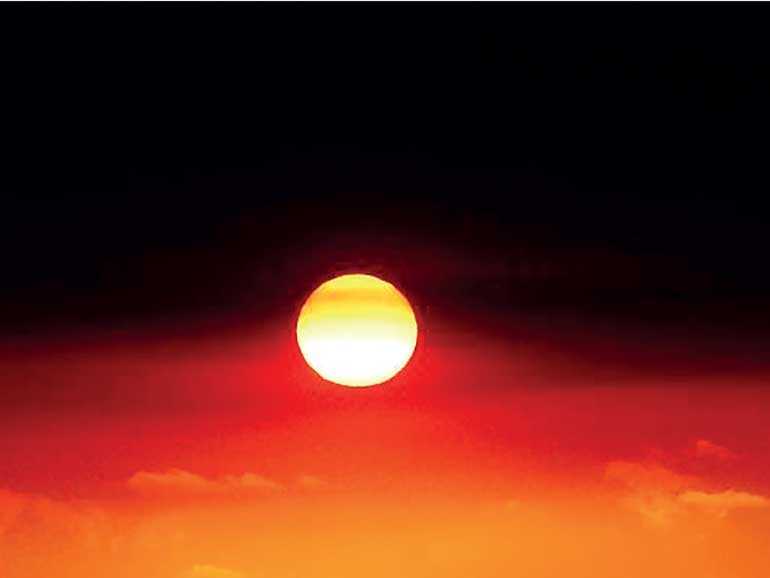 According to BBC News, at least 24 people have died since the fires began in September. The same news has stated that air quality in the capital Canberra was this weekend rated the worst in the world. There are many natural reasons for this but human intervention is also a reason.

The importance of protecting the environment is the main factor we need to take into consideration. As reported by globalnews.ca, human activity also played a part in bushfire smoke in Australia. Refer following extracts from globalnews.ca: “Geoscience Australia, a branch of the nation’s government, said human activity is another factor. In November, the New South Wales Rural Fire Service said they arrested a 19-year-old volunteer member on suspicion of arson, and charged him with seven counts of deliberately setting fires over a six-week period. Geoscience said fires originating from human activity and lightning account for “about half of all ignitions in Australia” each year. Australia is also one of the world’s biggest per capita greenhouse gas emitters. Morrison (Australian Prime Minister) has repeatedly come under fire from activists for his government’s climate policies, which experts have said are contributing to one of the worst bushfire seasons the country has seen since 2009, when Australian wildfires killed 173 people in Victoria.” (https://globalnews.ca/news/6366259/what-causes-australia-wildfires/).

We talk about new technology and all with human superiority; people are deviating from the environment in many ways. But if you revisit history you can see how people respect the environment while being part of it. Interestingly from the Australian bushfire, we have witnessed an amazing indication as bushfire smoke turned the Australian sky into a re-creation of the Aboriginal flag (dailymail.co.uk). Some even can argue this as one signal from the Universe which we need to reconsider our “way of treating the natural environment by revisiting our history”.

We as Sri Lankans should take this as one of the lessons – there is a need for re-examining our tradition in which we can get thousands of success stories for the future. Refer the following example on conservation in ancient Sri Lanka in an article published by Sri Lanka biodiversity clearing house mechanism:

“….In centuries past, during the time of the Sinhala Kings, forests and animal life were an important part of the social fabric. They were accorded a special status and protected under the law of the land. Commenting on this aspect of social life, John D’ Oyly (1835) states, “Within Mahanuwara itself there was no doubt that the forest was strictly interdicted as a royal preserve – the ditch marking the limits of the city went round the king’s great thicket, Udawattekale, and people were not allowed even to gather firewood and withes in it. Like the Udawattekalle, other forests were also owned directly by the king, and considered crown property or Rajasan taka. Any sort of activity within these ‘Tahansi Kalle’, or ‘Forbidden Forests’, was strictly prohibited.  “Almost every province of the Kandyan Kingdom had several such ‘protected areas’, where any kind of cultivation, felling of trees, hunting or fishing were strictly prohibited, and punishable by a heavy fine. The king ensured that these laws were enforced by a regular forest department, comprising the ‘Kalle Korales’ appointed by him. It was the duty of these officers to ensure that the Crown forests were not damaged in any way.

“Historical chronicles record that animals, too, were given special protection. The ‘Niti Nighanduva’, which is the repository of ancient Sinhala law, records that all elephants were regarded as the property of the Crown, and killing an elephant was perceived as one of the most atrocious of all crimes. In keeping with the prevalent social fabric, hunting and killing of animals appears to have been generally looked down upon, for the ‘Niti Nighanduva’ states that animal slaughter was outlawed during the last 50 years of the Kandyan Kingdom, on the grounds that it was contrary to Buddhist principles. Respect for forests and all forms of animal life was thus not only deeply enshrined in the moral and legal codes of the ancient Sinhalese, it was also a part of their way of life. When the British began clearing the forests in the mid-19th century, it destroyed an ancient society and a way of life which had existed since the coming of Buddhism to Sri Lanka in the third century B.C.” (http://lk.chm-cbd.net/?page_id=178).

We need to take some success stories in the past and also incorporate those into our education system while promoting our original core value system for the betterment of the country.