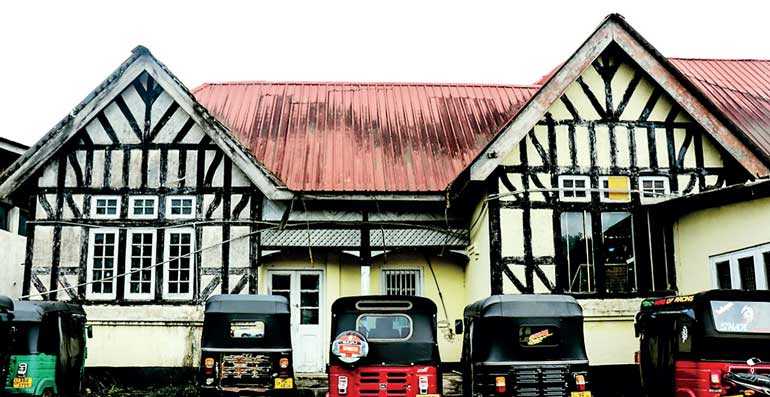 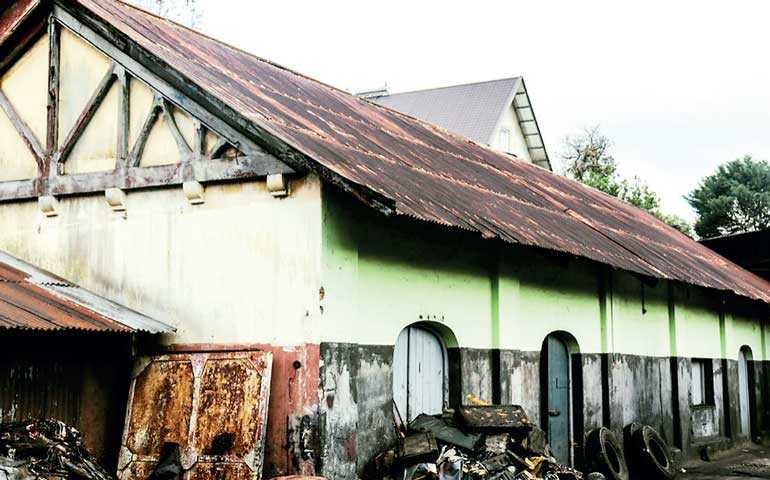 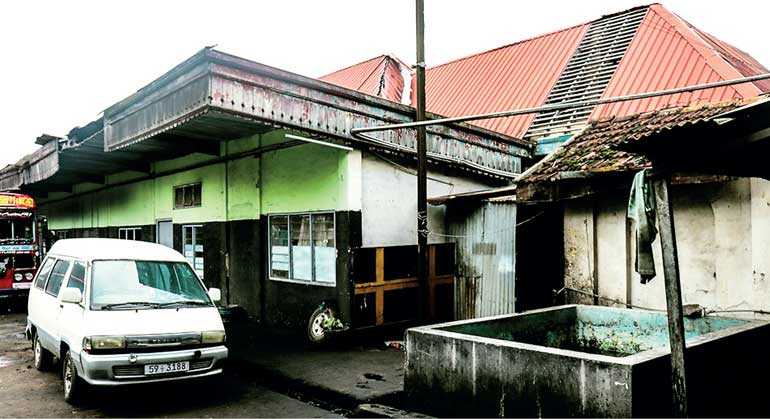 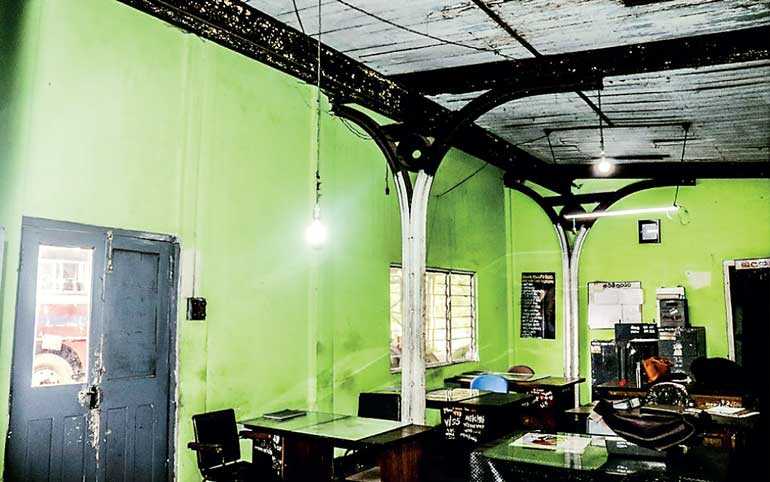 Railway transportation is considered as the multifaceted economic booster in the world. Switzerland is the role model in utilising railways in envisaging the above concept. The Nuwara Eliya railway line was an exclusion for tourism and freight.

Sri Lankan railway construction started in 1858, Nanuoya to Nuwara Eliya line (UPR) started in 1900. The golden era of the Sri Lanka railway is considered to be from 1858 to 1927. In the year 1927, Ceylon Government Railway has completed paving 951 miles of railway lines. According to the book ‘Railway as factor in Socio-Economic Changes in Sri Lanka’, the most important part of income generated by the railway was 28.8% of total GDP of the country in the golden year of 1927.

Resource extraction, population inclusiveness were the main factors behind the development of railway in Sri Lanka, in terms of freight and passenger transportation. The railway commission has understood that the traditional railway lines which is the gauge of 5’6” cannot be laid in every part of the country, especially in high altitudes.

Furthermore, they have introduced narrow gauge line of 2’6” in high altitude areas, which is in the model of ‘Darjeeling line’ which was paved in the Himalayan Ranges in India. Considering the above Himalayan Darjeeling concept, the Ceylon Government Railway (CGR) decided to start the Kelani Valley Line (KV line) from Colombo to Opanayake in the Ratnapura District, which is a narrow gauge line, established in 1902.

Furthermore, there was a proposal to introduce Tramways to Nuwara Eliya, but unfortunately, the Hill Tramway Commission rejected the proposal and iterated the light railway which is the narrow gauge line was the most suitable transport mode to UPR line.

Due to the introduction of railway in 1885 by CGR, Udapussellawa Planters Association requested the narrow gauge line from Nanu Oya to Nuwara Eliya, which is 12.4 miles. The then Sri Lanka Governor West Ridgeway proposed to Colonial Secretary Noel Walker about the above request from Udapussellawa Planters Association many times and the Colonial Secretary had rejected the request considering that the line is not economically viable.

But Governor West Ridgeway was determined to continue the concept since he can transport and export the produce at Nuwara Eliya, Kandapola, Ragala and Mathurata areas which supplied the finest tea specialties in Sri Lanka. The then Nuwara Eliya Assistant Government Agent C.M. Lashinton proposed another narrow gauge line from Talawakelle to Diyagama which was not activated.

Subsequently, he delivered his first speech at the Colonial Secretariat under the theme of ‘Extension of Roads and Railways of Sri Lanka’ in 26 October 1896, even though the Colonial Secretary was against the principle due to the geography and toughness of the railway line, which is one of the toughest in the world.

As for elaboration, the distance of Nanuoya to Nuwara Eliya is 6.45 miles and altitude difference is 1,000 ft. Therefore, the gradient of the line could be 1:23 feet. Also, there were bends with the radius of 80 ft. However, the Governor was determined to start the construction of the line without the consent of the Colonial Secretariat.

In 1900, the Governor completed 12 miles of the railway line and due to this the Colonial Secretary agreed to allocate funds for the project. Subsequently, the line was extended to Kandapola and Ragala on 1 July 1904 for cargo transportation. After testing with cargo for a few months, CGR started operations for passengers on 25 July 1905. There was a proposal to convert the UPR line to electricity in 1927 according to the book ‘Railways of Sri Lanka’.

CGR had started this project with four engines prepared by a British company called the Shark Stewart Company and they have named the Engine Model as UPR Class L1 with a speed of 12 miles per hour. Due to world war there was less priority given for the railway developments of Sri Lanka.

Resource extraction, population inclusiveness were the main factors behind the development of railway in Sri Lanka, in terms of freight and passenger transportation

Also, it is found that there was no worldwide publicity given for the above railway line. Moreover, another negative aspect that occurred was the major railway accident that took place in Nuwara Eliya in 1941, which made fearful impact on the people in the area to use passenger transportation.

Therefore, the Government had totally closed the UPR tracks in 1948 and removed the railway assets and dismantled the engines and compartments. But Kelani Valley narrow gauge line continued for the transportation.

Nuwara Eliya was considered as the ‘Heart of Sanatorium’ due to its beautiful scenery and the salubrious climate. The Nuwara Eliya Railway line from Nanuoya to Ragala was constructed in three-and-a-half years starting from November 1900 with the distance of 19.17 miles.

It is important to understand the speed of construction of railway lines during the year 1900. The second important factor is ‘slow train journeys’ for tourists. Slow train journeys are very common in western countries in order to view the beautiful landscapes of the countries.

Therefore, the Nuwara Eliya narrow gauge line would have been one of the best modes for the tourism development in the country. And also, income generated by the railway is a considerable factor which is the share of GDP (28.8%) during the year 1927. Freight stations, warehouses, inter-modality were not new concepts around the time, every railway station was equipped with warehouses.

Furthermore, Brookside Station had been used as the freight station, there were many freight platforms constructed along the UPR line interfacing with link access roads from different areas. Further, it is revealed that the electrification of railway in Sri Lanka dating back to 1927 which still could not be achieved.

All major freight movement projects were supported by railway transportation, the CGR had constructed a temporary railway lines to support constructing the breakwater dam by supplying metal from a quarry in Mahara. With that historical background it is essential to revisit the ancient railway concepts introduced by West Ridgeway that is still valid in the world. Governor West Ridgeway is respected as the ‘Greatest Railway Maker’ in the country during the time.

(The writer is a Chartered Transporter and a specialist in Transportation Geography. Presently, he conducts lectures on the subjects of Transportation and Logistics Management in universities and professional institutions. He has published books and many articles on Transportation, Logistics and Management. He can be reached via chandana_w@yahoo.com.)