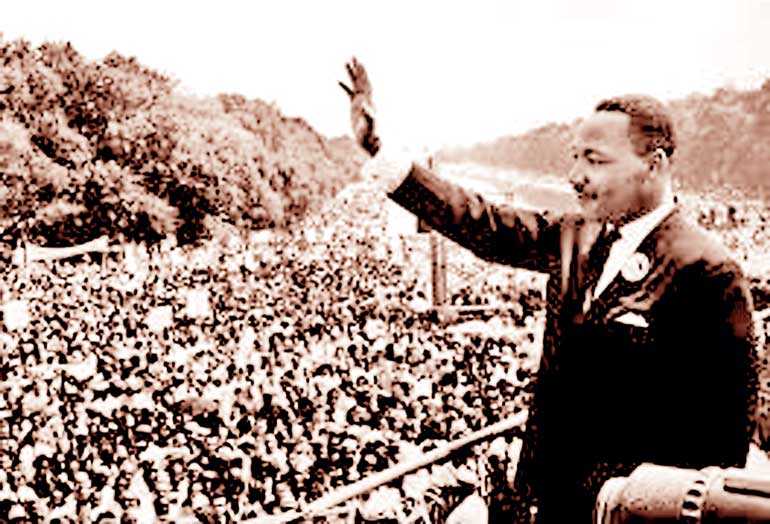 Verbal diarrheal has become rampant in Presidential Election season. Emotional outbursts in the political circles ranging from “jumpers to pampers” are common these days.

Leaders are supposed to be more “emotionally intelligent” according to many research findings. Emotionally-charged leaders are making nonsensical utterances that get wide media publicity, leading to much talk among many social circles. Why do emotions often become a double-edged sword? Can we look forward towards emotionally-intelligent leaders at the helm? Let’s explore.

“Our scientific power has outrun our spiritual power. We have guided missiles and misguided men.” These are the visionary utterances of Martin Luther King Junior.

Emotional maturity is in dire need on many fronts, whilst emotional intelligence is much-discussed topic on many fronts. In the olden days someone was regarded as intelligent if he/she could “read, write and do arithmetic”. Now we know it is surely not the case.

People pass exams but fail in life. They strive for results but struggle in their relationships. The original Latin root of intelligence means “to understand”. It is in fact an umbrella term that encompasses many abilities of the brain. One such key type has emerged prominently as “emotional intelligence”.

How can emotions be “intelligent”? Isn’t it a contradiction of terms? This is what people were arguing against considering the seeming difficult nature to grasp. Danah Zohar, a philosopher and a physicist, states that rational intelligence is all about material capital in dealing with what “I think”. Emotional intelligence focusses on social capital involving with what “I feel”. It is to do with understanding oneself as well as building better relationships.

It was indeed refreshing to listen to Daniel Goleman at the SHRM conference. He was the one who popularised the link between emotional intelligence and business results. He argued that leaders have to be 70% more emotional intelligent than the others. Whether we see this in the Sri Lankan scenario is a big question.

It reminds me of what Aristotle stated a long time ago: “Anyone can become angry – that is easy. But to be angry with the right person, to the right degree, at the right time, for the right purpose, and in the right way, that is not easy.”

He vividly stresses the importance of emotional control. We see how it is often violated in many occasions as communicated by printed, electronic and social media. What are emotions then? Let’s discover.

One may become angry. That’s psychological. One may become hungry. That’s physiological. Both are emotions. They can be related to mental or physical aspects. I would break the word emotion as “e –motion” or “enabling motion”. Emotions drive us for actions. In essence, they are feelings and their associated thoughts. “Rule your feelings, lest your feelings rule you,” said Publilius Syrus, way back in the first century (B.C.). Essentially, emotions are intense feelings directed at someone or something.

I still remember how Robert Holden, who goes round the globe giving motivational speeches, calls himself as a “recovering psychologist”. The need here is to have more positive, pragmatic and progressive outlook.

As such, emotions can be constructive or destructive. Joy can be constructive whilst jealousy can be destructive. Channelling emotions for success is what is required. The best example I can give is how the All Blacks, the New Zealand Rugby Team, perform the ritual of Haka, a traditional Maori tribe’s war dance, just before a game begins. It gives them a hype to go for the “kill”.

Emotions are still being scientifically explored. Antonioi Damasio, an expert in neuroscience has this to say: “Emotions are bio-regulatory reactions that aim at promoting, directly or indirectly, the sort of psychological states that secure not just survival, but survival regulated into the range that we identify with wellbeing.”

There are many myths about emotional intelligence (EI). Some say it has been invented by Americans. The truth is that it existed with human beings since time immemorial. All great religious leaders were obviously emotionally intelligent.  Take the case of the Buddha, who kept on meditating whilst three wild women (Thanha, Rathi, Raga) were engaging in a luring dance in front of him. Same with Jesus when self-pity overcame in carrying the cross to Calvary. Great leaders such as Mahatma Gandhi, Nelson Mandela and Saint Mother Theresa amply demonstrated EI in many ways. 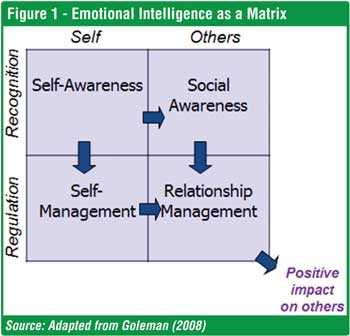 It was Charles Darwin who first wrote about emotions, in the Western perspective. He published a book titled ‘The Expression of the Emotions in Man and Animals’ way back in 1872, highlighting genetically determined aspects of behaviour. The way I see it, EI was re-packaged in the West as a management concept.

“People high in EI are expected to progress more quickly through the abilities designated and to master more of them,” said John Mayer of New Hampshire University and Peter Salovey of Yale University, who are regarded as the co-founders of EI in its new form.

Credit should go to Daniel Goleman for bring the sharing the concept of EI to a wider audience. His several books on EI have shed a lot of light. “Rational intelligence and technical skills are important, but emotional intelligence is the sine qua non of leadership,” opined Goleman.

In essence, EI can be viewed as a capacity. It is a capacity for recognising our own feelings and those of others, for motivating ourselves, and for managing emotions well in ourselves and in our relationships (Goleman, 1995). Despite many subsequent presentations and interpretations, I still prefer the five key components of EI advocated by Goleman. They are self-awareness, self-regulation, self-motivation, empathy, and effective relationships.

It will be worthwhile reflecting on Sri Lankan leaders with regards to these five components. Remember, as we discussed, leaders are not necessarily at the “top” but at the “tap” as well. The emphasis here is more on corporate, institutional or national leaders.

EI as a matrix

Having started with five components, Goleman subsequently rearranged them as a matrix. Figure 1 contains the details. The beauty of it is the simplicity of capturing the breadth and depth of EI in a nutshell.

It is worthwhile to see what each of the quadrant means in relation to the Sri Lankan context. Let’s go through them.

Self-Awareness (Self + Recognition): This refers to the awareness of one’s emotional state. It means the ability to recognise and understand your emotions and their effects on others. As Goleman observes a high degree of self-confidence and a realistic self-assessment can be considered as hallmarks of people having high level of self-awareness. I think it is directly relevant to mindfulness. “Sathiya” or “Sihiya” in local vernacular could be the best descriptors.

Do our leaders demonstrate self-awareness? Are they conscious of what they uttered a few days ago that was widely publicised by the media, before callously denying that they actually told so? It is a common issue in political fronts but may also happen in business and other fronts.

Self-Management (Self + Regulation): This is logically the second step. It refers to the ability to control or redirect disruptive impulses, in taking charge of you. According to Goleman, trustworthiness, integrity, comfort with ambiguity, openness to change are all hallmarks of self-management.

This is also where passion comes to the surface. It refers to the propensity to pursue a purpose with persistence. The point here is that self-motivation should be beyond the monetary gains or status grabs in being clear about what one really wants in life. Organisational commitment has a close connection with such behaviors. Optimism even in a failure can be one hallmark of such self-motivators.

This of course is much evident among many prominent leaders the way they peruse their goals. Whether such goals are congruent with a collaborative approach towards national development is the question. A statesman can be clearly separated from a politician, based on the self-motivation towards serving the nation.

Social Awareness (Others + Recognition): This quadrant takes us to focus on others. It includes empathy which is the ability to understand the emotional makeup of other people. In essence, it involves walking with “their shoes on”. Stephen Covey in his popular ‘Seven Habits of Highly Effective People’ refers to this as “seek first to understand and then to be understood”. In fact, he says it is one of the often neglected aspects of managerial behaviour around the world. Customer care, employee-sensitivity, cross-cultural communications are some areas where empathy is a must.

Do we see leaders demonstrating empathy in our societies? Having one-sided views and thereby jumping into conclusions is quite common. Disputes often arise when empathy is discarded. Social media is abundant with such sad situations involving leaders.

Relationship Management (Others + Regulation): This is the culmination of all above. It refers to building lasting relationships. Being friendly, trustworthy and genuine may result in good social networks and solid teams. The acid test of EI is how good you are in successful and sustained relationships.

“When dealing with people, remember you are not dealing with creatures of logic, but with creatures of emotion,” said Dale Carnegie some time ago. This is true for Sri Lankan voters as well. There is much more we can expect from the emotionally intelligent leaders in the Sri Lankan context. There is much we missed from the politicians who failed to deliver their promises.

Rather than cursing the darkness, let’s light a candle. Reflect on the key aspects of EI and relate it to your daily actions. I am sure we have a lot to refresh and reinforce in raising our emotional intelligence.