Home / Columnists/ Down to a sunless sea?

Down to a sunless sea? 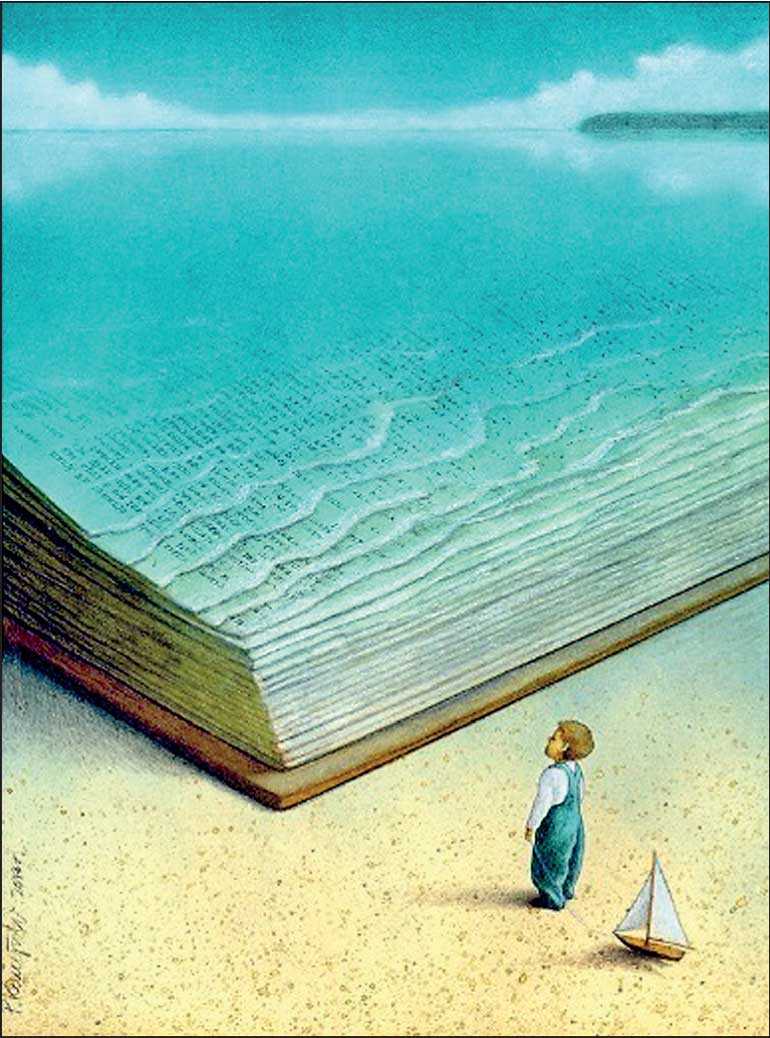 I keep trying to detox myself from Facebook. But like other middling addictives – such as sweet food, the cold juice (you know which), Twitter – it often won’t stay flushed. Since the surest way to get rid of a temptation is to yield to it sometimes, I logged in like Shakespeare’s “reluctant schoolboy” en route to

So there was this memory that cropped up first thing there: An image of a boy standing at the edge of a cosmic ocean. And Poet Laureate John Masefield’s memorable lines as a caption, to tug and pull at the strings of nostalgia:

Not one to indulge fantasy – I can resist anything but temptation – I trudged down to the nearest strand at the earliest opportunity. But a glory had passed away from the earth: because where once the seed of Adam played, now a brace of glum Army sentries stood silent guard over wary waders and watchful walkers alike. And the only medallion I’d gladly award the boffin driving the militarised bureaucracy that saves our shores is that the beaches are clean and the canals no longer carry plastic and other detritus down to a sunless sea.

This island was once – not so long ago – the first in the world to comprehensively protect its mangrove swamps. There are two kinds of protection, though, and the same number of types of people. Those who feel safe in plain sight with not a warden of guardian in sight; and those who need visible reminders that we are a nation at peace. The irony of uniformed sentries on a public beach might escape some who haven’t made the transition from postwar nation to post-conflict society.

Tough cheese if you want a Bali instead of a Burma? So be it.

So in the spirit of a leaner meaner cleaner commercial capital, hats off to the navy or coastguard to whoever it was that cleared up the Wellawatte and Dehiwala waterways down by the beachside. Like a dozen lawyers at the bottom the sea, it’s a good start… but let’s get a move on – shall we? Of course, as long as we don’t substitute ‘beggars’ for ‘lawyers’! Because the same powers that be who go great guns at neatening and tidying up modern metropolises can harbour a savage penchant for making street people disappear from common sight as nearly as easily as polystyrene sewage. Don’t look at me like that… it’s been known to happen – not time out of mind.

But just a mo: I’m maybe getting a tad ahead of myself. This part of the piece is to point to the silver lining. Some sea-changes that the city is seeing these days are welcome. While good wine needs no bush, it’s worth remembering that even the government servants we elected are only human – and need an occasional pat on the back… as well as all-round reminding that we the people elected them our representatives to do precisely that… but let’s not quibble so early in the outing.

That opening innings of the new administration is like a breath of fresh air in a few salient respects. For one, there are less super-luxury cars on the road to clog already gridlocked city traffic. This, by dint of there being fewer cabinet ministers to swank away, seems poor consolation for commuters who yearn for lower fuel prices – but without hope, or even a whiff of it by virtue of a fuel price formula. Yes, it’s idealistic (even under a technocracy such as that which we have, if I am to accept what I’m told uncritically) that a certain blessed isle should consider slashing the price at the pump… even after world oil costs come down a significant notch. Still, note to self: stay positive – it’s early days.

With that said, it’s nice to know that there’s a government which is incumbent who cares about the environment. This too I can essay with my critical engagement spectacles firmly in the case… and a Nelsonian eye turned on past misdemeanours shoved under a bushel and erstwhile miscreants against national nature reserves still to be brought to book and shown what discipline under a meritocracy means.

Far be it from me to suggest that meddlesome politicos at middle levels are still angling for a quick buck or fidgeting to secure the main chance for themselves and their cronies. As the widely circulated viral video (aha, that pesky Facebook platform again!) showed. I urge all those in favour of law and order – from his excellency the president to his corpulence that policeman who sat through the altercation between a ministering angel and a state official – to take note and defend the right of that noble Forest Conservation Officer to uphold the rules and regulations.

So far I’ve said precious little about politics as I am wont to do. But good things come to those who wait. Note that in Xanadu, Kubla Khan has decreed a stately pleasure dome by the pleasant name of Port City. Shall we not cling to its delights in the same breath as we hymn our nation’s builders and developers? As long as all the proper procedure has been followed and requisite approvals obtained – as no doubt a regime bound by its word and an ethos of almost military organisation is obliged to do.

I must go down to Galle Face again and see the spectacle at close quarters for myself. And rest assured, with no ministerial convoys to bar my path or protest marches to impede my progress (save at the appointed ‘agitation site’), it won’t be stars that I see.

(Journalist | Editor-at-Large of LMD | Writer | Son of a small island. Scion of a larger destiny)