Developing the public tool Politi-Compass – A challenge to professionals: Part 1 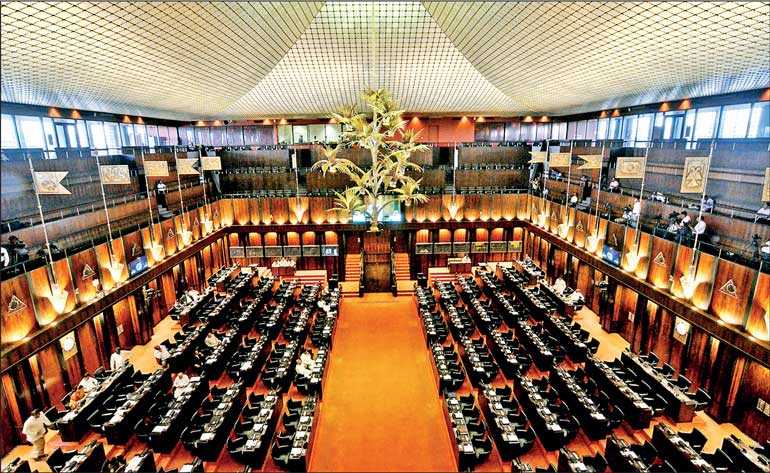 The battle of brains

Professionals are quick to criticise the performance of politicians. It is fair to judge the current lot as awful performers. Some even say that this is the worst group in our parliamentary history. However, we must be careful not to compare performances across different eras. Different eras pose different challenges. There is no guarantee that the best performers of the previous epoch would perform same way in the current era.

In the ’70s and ’80s the West Indies were the best cricket team in the world. They played 27 test matches consecutively, without getting beaten. They played for the national pride, the excellence in performance and the delivery of winning results, but not specifically for money. Later, the economic landscape changed and the West Indian kids were increasingly attracted to football, athletics and lucrative American basketball and the island cricket boards could not attract enough talented players to replace the retiring dream team. Hence, the dominance of West Indian Cricket declined and they simply could not adapt to the challenges of the next era. Hence, Australia, South Africa and India filled the vacuum. However, it is not fair to compare players of different eras. Let’s give them the due credit they deserve in the history.

So, let’s not compare politicians and professionals of different eras but only concentrate on how to get the best out of the available people. The current politicians are a kind of known devils. In our culture, if we need devils to work for us, we need to rein them first to a familiar domain. The smart professionals could do that. This is a battle of brains.

True professionals do a stressful job. They are not spared even after hours of official works. People cast their eyes on professional conduct 24 hours, seven days. They are essentially public figures. This is why the authorities of respective professional institutions and boards come to defend the conduct of professionals as it is a complex issue. However, this should not be mixed up with the role of trade unions.

The majority of Sri Lankan professionals in Sri Lanka have little understanding of their own COE/C. I dare to say many inadvertently even violate it. What most professionals don’t know is that if they follow their COE/C of the profession, they are protected by law, in an event, they get into trouble due to the refusal to act violating the COE/C. The professionals are legally abided by the COE/C when receiving their professional accreditations.

The classic example to prove the strength of a COE/C is the Challenger Spacecraft disaster happened in January 1986.

The design engineers of Thiokol, the design contractor of booster rockets, vented grave concerns for years about the poor performance of ‘O’ rings of the solid rocket boosters, at lower atmospheric temperatures but the senior management did not take the warnings seriously.

The day before the launch of the Challenger Spacecraft, the design engineers objected the next day launch under the predicted low air temperature overnight and the Chief Design Engineer/Director of Space Shuttle Solid Rocket Project, Alan J McDonald refused to sign-off the authority papers.

Senior program management of the design contractor overruled the engineers’ objections and approved it. Within 73 seconds of the launch, the Challenger spacecraft was engulfed in fire, which started at the failed ‘O’ ring joint, disintegrated the spacecraft and fell into Atlantic Ocean at a speed more than 200 mph, killing all seven crew members.

Alan gave evidence at the presidential investigation commission and explained how he and others tried to prevent the imminent disaster. After the investigation was completed, Alan was removed from his current role and assigned to another task group. The Presidential Commission came to know about this treatment later and intervened. He was reinstated to an important role and finally retired as the Vice President of Thiokol. The commission influenced Thiokol to make significant changes to the senior management set up.

All above were possible because the engineers refused to violate their COE/C, endangering human lives even though their actions solely could not prevent the disaster. I believe that this legal defence is available professionals in Sri Lankan legal system as well.

Challenges of the era

The current geo-political, national, economic, technological and social challenges are different to those of previous era. To understand the challenges, to develop strategic responses and to implement the tactical and long-term plans, the nation require the best performing politicians and professionals. We simply don’t have the both.

This does not mean, as a nation, we do nothing. We must respond to this challenge. At the outset, we should understand that we all are products of the current system. In fact, we created this system ourselves. So, when we blame others, inevitably, we blame ourselves as well. This means that the solution is within us. Unless we change ourselves, the current system would not be changed.

I observe daily, the current debates and discussions leading to the national federal election in Australia. Australia is a progressive country. Continuous improvement is built into the systems.

To understand this, one only needs to look at how different codes of sports are played and telecast. At each sports season, the viewers could see the performance level of players go up at least one notch, and also the game is analysed and presented to the viewers with new tools. Even the tele-recording camera angles, type of cameras used are being improved dramatically. Hence, the viewers have novel experience each time they watch a sporting event and their understanding of intrinsic points of the game improves continually.

People appoint politicians to guide the professionals by formulating national policies and allocating resources to deliver the outcomes. When the politicians and the professionals fail to deliver, we expect journalists to highlight the system deficiencies and push all on to the correct path. Instead, many of our journalists have become professional gossipmongers. They concentrate on the personalities over the issues. They write little on national issues and fail to identify the best way and best person to address those issues.

Let’s be real here. There are no completely black or white people. All have the good and the bad in different proportions. If one got the good which outweighs the bad, we are looking for such people. Look at our cricket team. Our cricket team is only good as the last game they played. While past experience and performance add substance to the behaviour of the person, what matters is the present execution or the performance.

As a nation, we would go nowhere by reminding how bad someone in the past if that person performs well now. This is why, in Western world, a person who spent time for a crime would be given a fair go, when the person leaves the prison. What we should do is to identify pressing national needs and entrust the responsibility and accountability to fulfil the needs to the best currently available people, without judging them by the past performance.

Journalists have an important role to educate people on national needs. Up to now, media professionals fail to do so. This vacuum is best used by the cunning politicians.  Politicians can manipulate ignorant people to their advantage. What people don’t know is that when a government fails to manage national level issues such as unstable economy, disproportionate educational expenditure, the government would be incapable of fulfilling the basic needs of the population.

No one educates the public on national level needs. I point the finger at the journalists and professionals on this failure. There is no point blaming the general public that they vote for wrong politicians, if the voter doesn’t know the impact of their decision making.