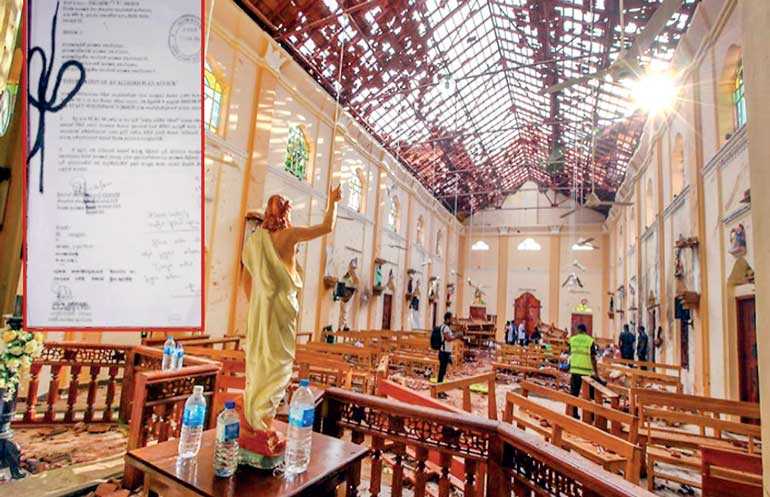 Perfect filing! What is missing…?

I know this can be a difficult topic and a difficult set of words to digest but I believe that this is an imperative tool if we are to move ahead in this island of ours. Cost of inefficiency has to be turned around for opportunity through action.

After the earlier article titled ‘Depoliticise politics,’ I had a reader reaction on this and thought that I should follow up with the second imperative. There is also the third, which I will take up next!

It is on record by the highest office that we do have a significant number of public servants but of poor productivity and our public service is one that perhaps holds a world record in terms of per capita engagement. I exactly do not have the number engaged to serve the 21 million population, but generally the ratio may be one person for 19 people – an interesting number to benchmark (this is calculated excluding those in armed forces).

Serving 19 by one should not be such a daunting task and in this day and age with available technologies, the issue is a no brainer. Unfortunately the reality is far from such easy mathematics and hence the choice of the word soft terrorism!

It was Max Weber the sociologist who came up with the bureaucratic theory of management principles. From the subsequent experiences and those who are enduring their stay in institutions and expecting services from institutions in many an environment not only confined to Sri Lanka, probably not many have experienced the Weberian theories.

I am sure Max Weber must be tired of turning in his grave when witnessing what is happening around. It’s almost unbelievable to us today but Max literally believed that was bureaucracy the most efficient way to setup and run organisations.

As per his theory, in a bureaucratic organisation everyone is treated and managed equally and clear job descriptions run lives. Applying the Weberian theory, organisations will have clear rules, standardised processes, excellent division of labour, clear ways of engagement, etc. The validity of such is clear when one considers smooth performance of many global organisations. Then how can chaos reign and the use of the term soft terror be justified?

Consider how Weber defined that in a bureaucratic organisations, all appointments to positions should take place on the basis of technical qualifications. Therein lies a first and a very important deviation. The next is in execution taken as a responsibility and also taken in accountability.

When one is sent from pillar to post and documents submitted become permanent deposits in files or disappear altogether, the events that are unfortunately considered as standard menu in many places, the very process of engagement strikes terror into hearts of all those queue up with expectations of service.

We truly must acknowledge our default expectations are mostly based on such performances. I hasten to admit that there are some significant exemptions and quite a few gems in the service of the public!

As results are searched for in vain and delays cannot be just accepted, corruption seeps in from all angles and the situation only worsens. Under bureaucratic theory, official activities are the regular action in an institute, which in turn get affected by illegal or imperfect mechanisms, which then taint the theory to the status that we accept and understand.

We may understand and value how to have the perfect file even when all the background activities are imperfect. It is easy to see where they have gone wrong when priorities have shifted. It is this present status of exponential decay of values that we deride today by the use of the word bureaucracy. Quite unfortunate for Max who wanted a complete different outcome from the application of his theory. He was looking at efficient and economically effective organisations.

Situation today is the opposite

We live in a society where the reaction to any situation is who should be contacted, how to connect to the one at the top etc. The lines of decision making have been made quite shaky as a call from somewhere can input rational and professional behaviour in an instant. Hence it is clear what is meant by soft terror.

A larger-than-necessary bureaucracy was never intended in an efficient organisation. Due to various influences, our public organisations are made to act like sponges for human labour with lot less of the qualities asked for. Thus the nation is risked at the expense of the State!

The simple steps of industrial engineering can be easily applied in reversing this dangerous trend. We thrive on accepting complicated documents, which ask for about five to 10 signatures before anything meaningful happens. The crafting of such documents is a great past-time.

Interesting, the outcome of such documents is that everybody is kept quite busy and intermediate transfers from one table to another takes aeons with speed depending on extra incentives. There is always the risk of submergence among a thousand other peaks. If files can tell stories in Sri Lanka, I am sure multiple literary awards are definitely within grabs.

Our recent witnessing of the filing of intelligence information presents an interesting example of the way our bureaucracy acts even when the consequences of inaction are potential devastation. In our democracy the file lives on and lives get sadly affected.

Can we restore sanity? Though not exactly calculated, we must accept that this state of bureaucratic affairs is taking a heavy toll on the economy. We are aware of the cost though we never speak in terms of quantity. Add millions of dissatisfied customers and citizens and it is easy to understand the cost.

The way forward – public sector service innovation. Sri Lanka can only be happy to the extent that this malaise is not just one of our specials but something quite common in all developing states. Underdevelopment is a result rather than the reason and therefore action must be taken to address this obvious impediment.

If we switch this behaviour and take the extra step of thinking how a decent, justified solution could be provided, just think of the enormous change that could be brought in. Remember soft terrorism is not just towards outsiders; there is soft terrorism unleashed internally as well – divisions fighting each other, etc.

Interestingly, while we hype only on Industry 4.0 – the new emerging cyber-physical world –there is also a new working world – Work 4.0! Work 4.0 definitely brings forth technologies and new soft behaviours in fact are called for.

The new work is characterised by flexibility and innovation. It is interesting to see the factors that will be radically addressed in Work 4.0 – knowledge, qualifications, leadership, cooperation, working hours, work places, etc. Rigid hierarchies and structures will be no more. This implies, after witnessing distress from bureaucracy, the future is definitely not about restoring Weber theories.

Working hours and places with flexibility added implies a worker enjoying flexibility in both time and space. I may be wearing a chip with all information built in plus the ability to open up the office door. Just think how many mundane jobs and jobs in monitoring are going to be affected. Still one should not shed any tears, as we know those jobs literally did not deliver much. These are the levels that have got proliferated in recent times in our institutes as they are the jobs that can be abused with additions with much less regard for technical qualifications.

Considering that pace of change of technology is rapid and also the youngsters entering are much more savvy with new developments, the usual approaches of induction may not work. Hence Work 4.0 may actually ask for reverse mentoring in organisations – the young sit with the old and mentor the old. Their age-old experience is irrelevant and in pursuing careers, reverse mentoring appears to be mandatory. One may actually bring in interns not for their training but to realise some retraining of the in-house workforce.

Work 4.0 critically relies on digitalisation and this is the big change. How many times have we decided on email communications and how many times do you have to crawl with snail mail? Other sector just races on while the important public sector understands the cloud for what it naturally is! I hope it is easy to understand how Work 4.0 is different from what we know and have gotten used to.

Bring in Work 4.0 concepts, change through simple implementations of industrial engineering, understand the issues that we are subjecting others and even ourselves to in the name of institutional management, be concerned with costs of inefficiencies and the multiple damages as a result of ineffectiveness are some of the salient aspects to be understood and changed.

With the 1.1 million public and semi-public sector workforce taking on a million opportunities to change even in small steps, the cumulative impact is definitely going to be significant. This is indeed a situation where tiny improvements matter!