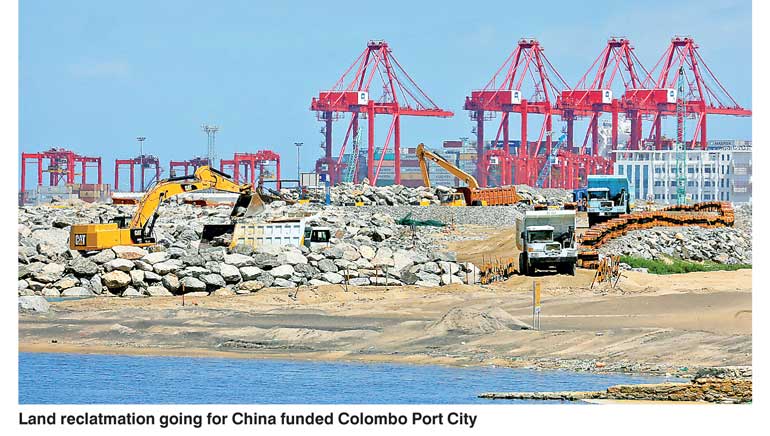 Sri Lankan economist Dr. Muttukrishna Sarvananthan has called for a probe into the financing of the substantial trade between Sri Lanka and countries like Singapore and the UAE, to check possible black money transactions.

But while trade with India is subjected to severe criticism for the deficit it shows (soon the deficit with China will also come in for flak), little or no attention is given to trade with Singapore and the UAE and the yawning deficit it shows, even though it is in these countries that Sri Lankan crony capitalists keep their black money to be turned white through trade financing, Sarvananthan points out in a recent paper.

“While too much noise is being made by certain businesses and, of course, certain politicians about the growing trade deficit with India (China could be also bashed in the not-so-distant future), there is not much discussion about the imports from Singapore and the United Arab Emirates (UAE).

“Singapore has been the second largest source of imports after India for a long period of time. However, the rapidly growing imports from UAE is only about a decade long with the ascendancy of the Rajapaksa regime in 2005.

“To begin with, Singapore and UAE are not producers of most items imported into Sri Lanka. However, many importers in Sri Lanka source their imports from Singapore and UAE because bulk of the black monies of Sri Lankan businesses, rich individual citizens, and of course politicians, is stashed away in secure bank accounts in these two countries. It is these black monies that are whitened for the import trade into Sri Lanka.

“Therefore, businesses and politicians in Sri Lanka instead of crying foul about the growing trade deficit with India (and China), should request the government to investigate the sources of financing of the ever growing imports from Singapore and the UAE, which would pay rich dividends towards combating corruption and taming the black economy of Sri Lanka and their inextricable entanglement with the governance of this country,” Sarvananthan points out.

India had been Sri Lanka’s single largest trading partner for decades. But in 2016, it yielded that place to China, Sarvananthan points out.

He attributes it to massive imports from China for the Chinese-funded infrastructure projects. However, India is still a close second, he adds.

The trade deficit of Sri Lanka with China is expected to continue to rise in the next decade and beyond because of large scale public investments by the Chinese State-owned companies such as the China Harbour Engineering Company Ltd (CHEC), China State Construction Engineering Corporation (CSCEC).

The CHEC is financing and undertaking the construction of the Colombo International Financial City/Centre (CIFC, which was formerly known as the Colombo Port City) by reclaiming land (269 hectares or 660 acres) from the sea by the southern side of the Colombo port.

This is the single largest Foreign Direct Investment (FDI) Sri Lanka has ever received. This mega infrastructure project is expected to cost about $ 1.4 billion US dollars and expected to attract $ 13 billion worth of investments over the 30-year period of the project cycle.

The bulk of the machinery, hardware, and raw materials for the aforementioned mega projects are imported from China. Moreover, substantial number of technical, skilled, and unskilled labor for these projects are also from China.

A total of $ 3.75 billion worth of loans have been disbursed by China to Sri Lanka between 2010 and 2014. China has hardly given grants to Sri Lanka, to date.

Similarly, imports from India include goods imported for the Government of India-funded infrastructure and other projects across the country. India has provided total grants worth over $ 200 million between 2010 and 2014 and over $ 1 billion as loans between 2005 and 2014.

Roughly around 70% of Indian aid to Sri Lanka are loans, and around 30% outright grants in recent years (2010-2016). The former are repayable but the latter are not.

India was the single largest source of imports to Sri Lanka during the five-year period between 2012 and 2016, averaging $ 3,783 million per annum, accounting for almost 20% of the total imports of Sri Lanka.

But in 2016, India was relegated to the second position (after China) in terms of the source of imports accounting for19.7% of the total imports of Sri Lanka amounting to $ 3,815 million.

According to Sarvananthan, studies on Indo-Lanka trade have shown that India is the main/major source of goods that are imported to Sri Lanka because it is more competitive (least cost) than other sources.

According to the latest official figures put out by the Sri Lankan Board of Investment (BOI), the total FDI coming into Sri Lanka from China (including Hong Kong) accounted for around 35%, to date, while India accounted for 16.4%, and Singapore 9.3%.