Home / Columnists/ Bargaining for the right chips from USA

Bargaining for the right chips from USA 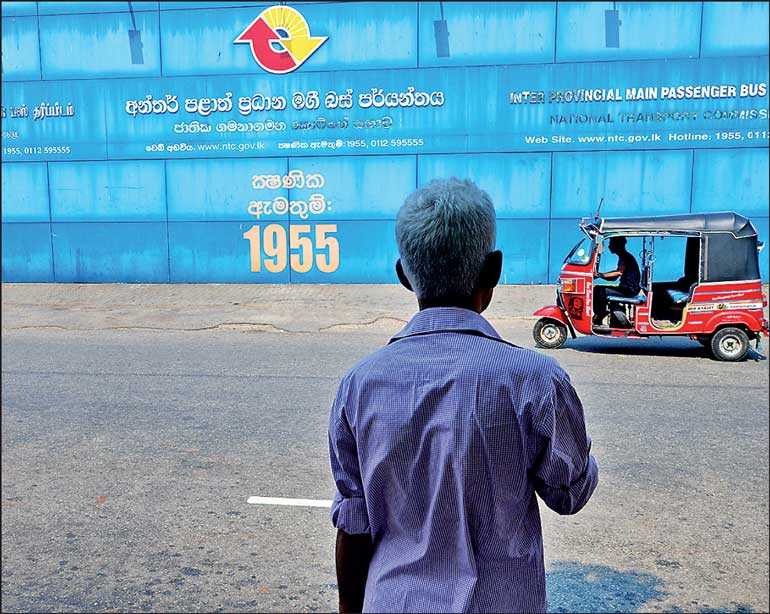 The proposed assistance under the Millennium Challenge Corporation is limited to a grant of less than $ 500 million, focusing on the transport sector and land administration. It does not include opening up of the US market for local producers under favourable terms, or providing technology for the development of industries in Sri Lanka – Pic by Shehan Gunasekara

As the debate on Millennium Challenge Corporation grant and SOFA agreement with USA continues, it is paramount that we get an understanding of the history of SOFA agreements. Two such agreements

worth analysing are the ones USA entered with Japan and South Korea in 1960 and 1967 respectively.

However, what is most important is to realise how Japan and South Korea negotiated tactfully to obtain economic benefits simultaneously.

A crucial component of Japan’s economic cooperation with USA was the US Trade Act of 1958 which allowed US to lower tariffs for imports from Japan. As a result, the Japanese exports to USA increased by over 150% from 1958 to 1960. What is critical to note is that this took place prior to the SOFA agreement in 1960. What is also interesting is the fact that Japan which was facing a severe trade deficit problem in mid 1950s (similar to Sri Lanka’s current situation), immediately turned into a trade surplus.

The economic cooperation between USA and Japan saw Japan recording annual growth rates of around 10% from 1959-1970. The per capita GDP of Japan which was around $ 3,000 in 1958 (less than Sri Lanka’s current level of $ 4,000) shot up to $ 8,000 by 1968. A key ingredient of the rapid development was the ‘dedicated buyers’ from USA (for the products of Japan) and the acquisition of technology from USA.

The similar path of South Korea

The economic miracle of South Korea (which was a mediocre economy in 1950s) in 1960s, also centred round the fact that most of its exports were absorbed by the USA. South Korean companies obtained lucrative contracts to supply goods and services to USA. Companies such as Hyundai gained valuable experience in construction projects which became a stepping stone for them to become global giants. What is important to note is that these initiative were in motion prior to the signing of the SOFA agreement in 1967.

In addition to USA, Japan was a key source of technology for South Korea. It is said that Japan supplied nearly 60% of foreign technology to South Korea between 1962 and 1979.

In contrast, the proposed assistance under the Millennium Challenge Corporation is limited to a grant of less than $ 500 million, focusing on transport sector and land administration. It does not include opening up of the US market for local producers under favourable terms, or providing technology for the development of industries in Sri Lanka.

In my view, it is not a desirable deal for Sri Lanka in the absence of market access to USA. Sri Lanka has undergone a development in its transport network over the last decade but the question that should be asked is “has it helped to bridge Sri Lanka’s severe external current account deficit?” or “has it helped to boost Sri Lanka’s growth in a sustainable way?” The answer to these questions would be more a “No” than a “Yes”.

It is clear that under President Trump, USA is aggressively trying to undermine the economic acceleration of China. On one hand they are proactively seeking alternative import locations, and on the other, they have clearly announced that USA could be an alternative source of support for developing nations where China has increased its influence (such as Sri Lanka).

Therefore it provides an opportunity of a lifetime for Sri Lanka to exploit the geo-political trends (which prevailed in 1960s for Japan and South Korea). However Sri Lanka needs to negotiate tactfully and intelligently.

What Sri Lanka should ask for?

Instead of a few hundred millions of dollars of aid, Sri Lanka should negotiate for an opening of the US market for the local producers. This negotiation process is the starting point of the economic plan proposed in my recently published book ‘A simple plan for Sri Lanka’.  While Sri Lanka has historically been suspicious of motives of USA, there is a lot to learn from the strong economic alliance between USA and Japan in late 1950s merely a decade after being engaged in a full-scale war with each other. Similarly, the maturity of South Korea to cooperate with Japan despite its colonial past is exemplary. Those were crucial factors in the economic miracles of Japan and South Korea.

In fact, this option should be exploited to negotiate intelligently with China as well. So far Sri Lanka has obtained lending funded infrastructure development from China (roads, etc.). Instead, Sri Lanka should bargain to acquire technology from China, which would open up technological industries and SMEs throughout Sri Lanka.

The two-way negotiation process with USA and China would not be easy, but if the next President succeeds in striking at least one (ideally two) deal within the next two years, it would be the single biggest achievement of Sri Lanka, since obtaining independence from Britain way back in 1948.

Why not sing the National Anthem in Sinhala and Tamil at the Independence Day celebration?

There is debate whether the National Anthem of Sri Lanka should be sung only in Sinhala or in Tamil as well. Hopefully, this debate and the discussions that are going on will contexualise this issue to what is relevant and best for Sri Lanka, and not