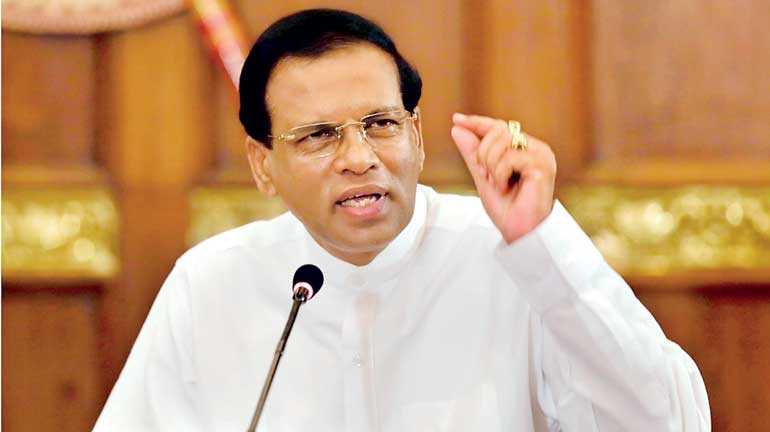 Too often leaders forget their beginnings. They spend too much time trying to grab glory and riches for themselves without thinking about others. In a time of crisis they behave even worse, fighting to preserve their positions at all costs. That is exactly the opposite of what they should do, for themselves, their party and for the country

Independence is important for a country because it’s the very reason of the country’s existence. This independence gives a nation the right to decide its own fate and for this reason The RT D.S. Senanayake founded the United National Party on 6 September 1946, with the consensus of all communities – Sinhala, Tamil and Muslim.

He was fondly called the ‘Father of the Nation’ and in his inauguration speech, he said: “We should understand that we are a Sri Lankan nation. Communal and religious differences are completely ruled out. Irrespective of our being Sinhala, Tamil, Muslim, Malay or Burgher or even Eurasian, we ought to think this is our motherland. Buddhists, Hindus, Muslims and Christians need to bless this island of their birth.”

It is also worthy of note that Tamils and Muslims, Burghers and Malays fought along with Sinhala leaders and others to convince the British that our island can be governed as one entity.

Our lovely country is made up of diverse demographics, with people of varying intelligence and points of view, folks of negotiable political affections as well as brave citizens who live by admirable principles. For centuries our multi-ethnic society have been living together, sharing, caring, and contributing toward the development and welfare of our island.

A historical reminiscence of the glorious past of our country

It is the duty of all right-thinking citizens of Sri Lanka to get together and team up to vastly improve our country and truly make it to get back its distinction and honour again. Not just resting on the accolades and laurels of our ancestors.

In order to achieve this, we have to start by choosing a sincere, honest and virtuous leader.

It is no secret that the corporate media in Sri Lanka are manufacturing views that reflect and serve the agenda of an oligarchy, offering an endless stream of propaganda, disinformation and lies, misinforming people and preventing them from understanding how the political machinery of the country really works.

The raging extremists and nationalists running amok throughout the vast wasteland of social media, should not be the ones who guide in determining our future and who our future leaders should be.

Yet we are the people voting. We are the ones our democracy burdens with the important, life-changing work of selecting who will lead us; and we the people collectively and repeatedly vote for the same crop of dishonest, corrupt politicians every election cycle.

If the understanding of basic issues by the people is so limited and our facility for interrogating facts so clearly bankrupt, how can we, the people be trusted to elect the right people?

Say, we have picked a leader from among the people who is heart-driven – someone who prioritises raising the collective consciousness and struggling for the highest good of this country – someone who identifies with the common man on the street and understands what the country needs on every level – what will we do, after the individual comes to power and he changes his moral stances?

Political leaders who change their moral stance are perceived not as brave, but hypocritical and ineffective.

We have seen and experienced umpteen number of times how even the smallest dose of power can change a person – ‘When Power Goes To Your Head, It May Shut Out Your Heart’.

Too often leaders forget their beginnings. They spend too much time trying to grab glory and riches for themselves without thinking about others. In a time of crisis they behave even worse, fighting to preserve their positions at all costs. That is exactly the opposite of what they should do, for themselves, their party and for the country.

What we have seen in our country is not only covetousness, reprehensible acquisitiveness and insatiable desire for power and wealth, but an individual, who is none other than our incumbent president had and has even conveniently forgotten the oaths he took on the holy remains of a great and honourable, illustrious and Most Venerable Maduluwawe Sobitha Thero.

The Most Venerable Sobitha Thero – a brilliant man of distinctive characteristics and attributes – the trail blazer whose struggle to bring about a change from a corrupt rule to good governance is impossible to forget. But the man who was given prominence by this great personality completely forgot about him; abjured, disavowed and rejects every honourable deed and has embarked on the road to insult and abuse a great honourable priest.

Neither the most venerable priest nor the people and the parties that supported him, to bring him to power, even in their wildest dreams, expected this worthless character would vent his hypocrisy and unleash a tirade of deception and spew vitriolic and hateful rhetoric against all those who supported him and protected him against his own enemies.

At the time of the passing of the 19th Amendment, reducing the powers of the president, Maithripala Sirisena made an unforgettable and valuable utterance, in the presence of this great venerable priest and in the presence of a large audience – “We have created a ‘Sujatha Daruwek’ – Legitimate Child.”

And today, it is quite the contrary – our President, utters a sweeping insult to this great man and all those who stood behind him, saying that the 19th Amendment is a curse – a conspiracy by the Prime Minister in collusion with the NGOs – the Sujatha Daruwa has become a conspiracy and a curse. What sort of shameless person has he become?

It is indeed unfortunate to see that he, the President, is now an exasperatingly aggravating, extremely annoying and infuriating beyond anyone’s comprehension. He has turned into a demagogue and a rabble-rouser.

We seek a free country: a country in which all individuals are sovereign over their own lives and are not forced to sacrifice their values for the benefit of others.

We seek the respect for individual rights is the essential precondition for a free and prosperous country. The country we seek to build is one where individuals will be free to follow their own dreams in their own ways, without interference from, extremists, nationalists, government or any authoritarian power.

We seek to banish and expel by decree, force and fraud as well as mayhem and needless violent disturbance and disorder in the country; we seek the presence of a ruler who does no not inculcate fear and terror; we seek a leader who does not infuse chaos, hate, discrimination and segregation; we seek a head of state, with virtue; one who will encourage and promote love, tolerance, convergence of character and peace.

Concluding with a quote on ‘Virtue’ by the Chinese Philosopher Confucius – 2,500 years ago: