An infrastructure failure – A wake-up call? 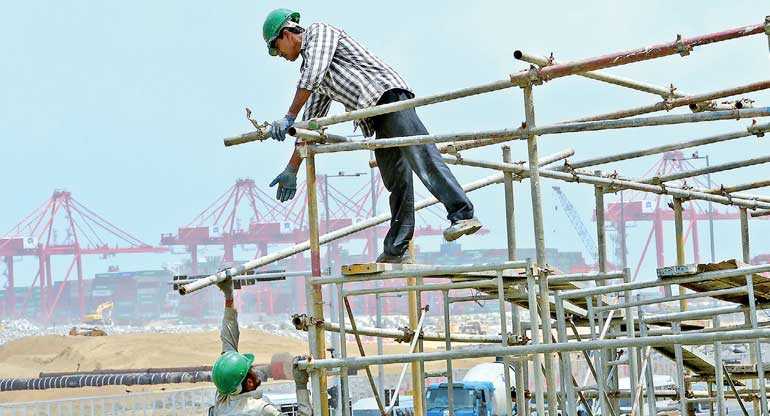 The Genoa Bridge in Italy collapsed on 14 August. The probability of a bridge failure is comparatively

The collapse of Genoa Bridge in Italy sent shockwaves around the globe. A section of the bridge measuring about 200m fell at around 11:30 local time (09:30 GMT) on Tuesday, 14 August. It has been reported that 39 people have died and more than 15 people got injured, at the time of this writing. The death toll could rise and the property damage is yet to be assessed.

Probability of a bridge collapse

If a bridge survives during its initial phase of the design life, it is the responsibility of the bridge operating authorities to maintain the bridge periodically to control the material deterioration under the on-going loading stresses and the environmental impacts. Further, the bridge should only be allowed to be subjected to the permissible vehicle axle loads. Failure to do so, will increase the probability of the local failures and also sometimes the total failures.

In Sri Lanka, there are many bridges which are made of concrete, steel, timber and composite material. Some of these bridges have been constructed during the colonial era. Many of such bridges are believed to be in last phase of their design lives. It is not clear whether the Sri Lankan infrastructure authorities have the structural documentation of all the bridges in use and also whether they have developed the life cycle management plans for the bridges so that periodic maintenance works, component renewal, refurbishment and upgrade could be carried out organised manner with technical justifications.

However, the author of this article finds that the engineering professionals are also at fault by not producing infrastructure asset management plans together with the projected cash-flow plans as a justification for demanding funds for the total management of the asset. In developed countries, such asset management plans are the documents available for public scrutiny.

In Sri Lanka, if such asset management plans could be published, the relevant politicians would have to take the responsibility of approving requested funds. If any calamity happens due to the failure of the implementation of such plans because of resources deficiencies, then, the politicians, not necessarily the professionals would have to answer.

Any bridge has a stated maximum loading capacity and this capacity must not be exceeded when in use.

Who in Sri Lanka controls the exceeding of the designed loads on bridges?

Sometimes, the trucks follow each other as a convoy on roads. This is an important issue as the massive construction boom in Sri Lanka has resulted heavy equipment and material transportation across the country.

Are there weigh bridges constructed at strategic locations along major highways to weigh the heavy vehicles and to issue permits to the drivers before travel along certain routes and over certain bridges? Are there correct signage on display showing load restrictions? Who does the compliance monitoring?

In Australia, the public could see such weigh bridges located at road sides of major highway routes. Police officers carry out random checks to ascertain whether the heavy vehicles avoided visiting the weigh bridges. Sometimes a convoy of trucks travel along freeways at high speed very close to each other to save fuel consumption.

There are speed cameras installed targeting high speed heavy vehicles. This situation is alarming, in terms of loading, when an entire heavy vehicle convey enters a bridge, especially a cantilevered bridge, at high speed and synchronically apply breaks to control the gap between trucks. Australian police targets against this practice.

The assessment of the structural health of a bridge is a specialist job. It is a job for a professionally qualified engineer. Developed countries like Australia use Structural Health Monitoring (SHM) systems to record how the actual structure responses to the loads. This is done in the field, instead of performing testing inside a laboratory using a prototype.

It is the Sri Lankan professional engineers’ role to urge politicians to negotiate with developed countries to acquire necessary international resources and training to carry out these on-field infrastructure health checks, if such facilities are not already available.

The unfortunate fact is that there are Sri Lankan born overseas experts in this field and the Sri Lankan Government has failed to harness these resources up to now. Professor Wije Ariyaratne is one such expert in Australia who is the Director Bridges and Structures in NSW Roads and Maritime Services (formerly Roads and Traffic Authority) and also the Chairperson of the committee to revise the Australian Bridge Design Code AS5100.

The author’s humble belief is that the Sri Lankan Government should appoint a regulatory body akin to the ‘Dam Safety Committee,’ which is in Australia.  The owners of the dams (public and or private) should engage an independent auditor to assess the dam annually and the report must be submitted to the Dam Safety Committee. This report must consist of the identified structural and operational issues and the time-bound remedial actions. The auditor has to report yearly on the progress of the previously identified remedial actions. This is a legal requirement and the failure to comply with report submission and actions, would fetch legal actions against the responsible infrastructure owners.

A similar procedure must be followed on bridges in Sri Lanka. The authorities who own the bridges must report annually to the ‘Bridge Safety Committee’ on the structural and the operational condition of the bridges. Even, the scope of this committee could be expanded to encompass other major infrastructure such as the multi-storeyed buildings as a few major building failures occurred in Sri Lanka recently.

(The writer is a Chartered Professional Engineer, a Fellow and an International Professional Engineer of both the Institution of Engineers, Sri Lanka and Australia. He holds two Masters Degrees in Local Government Engineering and in Engineering Management and at present, works for the Australian NSW Local Government Sector. His mission is to share his 31 years of local and overseas experience to inspire Sri Lankan professionals. He is contactable via senevir15@gmail.com.)