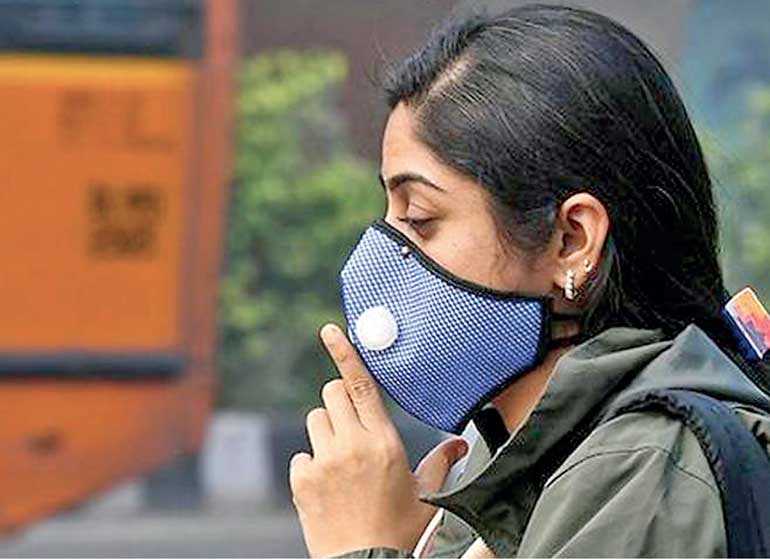 Amidst the busy politicking in November an unexpected appearance of quite a number of packets of air over the country and in particularly over Colombo caused some distractions and elicited few warnings of a different type.

This is about the smog-laden air shed in Delhi hitting our Capital through spreading – that is the reasoning so far – and the resultant awakening to a new reality. Global air circulation is nothing new as that is a norm not an exception.

However, it was the smog that was present in the Delhi air and the long-range transport of pollution visibly affecting the Air quality of Colombo that made it into news. It is perhaps also the first time that the air quality deterioration happened in Colombo was correlated to a pollution episode in India.

There had been an experience of this nature when our hill country observed smog, which was attributed to Indonesian wild fires a couple of decades back. Smog is noticeable and the acid rain is not, which may be happening due to coal power stations in the south of India, which is escaping detection due to the absence of an acid rain monitoring network.

We get to know about Colombo simply because that is where most of our measurements are done. We are used to reading about the most polluted cities in the world and knew that our neighbour had the dubious distinction unfortunately in fielding the most no of cities for that list. In fact in the most recent list India had seven cities in the top 10.

Delhi for a long time had an unfortunate destiny with air pollution. Early November in Delhi it was a public health emergency when air quality went beyond hazardous/severe in assessment due to toxic smog. Causative factors had been many which had included the firecrackers from the annual Diwali festival and the crop stubble burning in close by regions after the harvest.

A tweet from the Delhi Chief Minister spoke of Delhi being turned into a gas chamber! However, it is also a city that had taken serious action such as turning its fleet of public transport to run on compressed natural gas and ensuring a much better emissions.

In fact today Delhi boasts one of the cleanest public bus fleets running on CNG in the world. With the population with certain practices and the industry still not taking any steps in the right direction, severe air pollution in Delhi is going to be present for some time to come during the winter months.  The question is now are we to face periodic episodes too?

WHO’s latest survey of 1,650 world cities air quality in Delhi had been identified to be the worst. It is important to note that still with an important emission management intervention still the contribution by way of 41% from vehicular emissions.

When in November data from Delhi was beamed across we perhaps in Colombo may not have exactly anticipated the pollution getting transported across within a few days to raise our own values to unhealthy levels. Government of India has an Air Quality information service SAFAR (System of Air Quality and Weather Forecasting and Research) with the Ministry of Earth Science. AQI in selected cities is a mandatory news item.

The scale composite – AQI index – is used to communicate air quality, as communications to the public with individual pollutants is too technical and would not serve the purpose. AQI is the index that has been developed and used globally. Delhi in the last episode had values of 505 to 900. The air is considered polluted and start affecting health when the AQI exceeds 50.

The situation led to the closure of all schools in the Delhi area. It is interesting to think if air quality index indicated as severe or hazardous, what options does one have? It is important to be reminded that one certainly understand the value of air when you cannot take a breath! 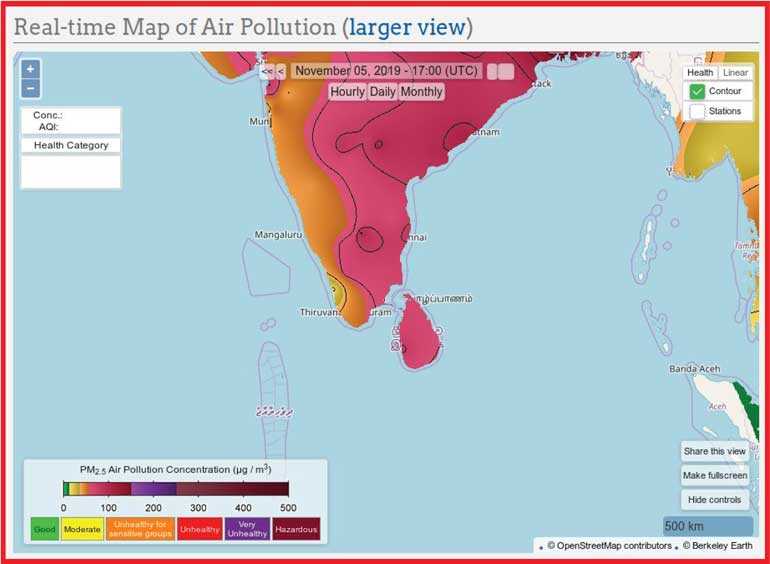 Considering that an average person takes about 16 breaths per minute, this amount to 23,040 breaths a day. This is an exercise that cannot be stopped nor phased out. Breathing is an imperative and when one has no option but foul air, health is affected.

Due to many activities and interventions globally by humans in our quest to shape the society, air a basic resource had been a victim. Today the WHO had identified air pollution as a leading cause of morbidity and morbidity. Development thus has come at significant cost though today one has the knowledge and the means to change course yet pursue growth.

Most of us got sensitised to the issue in India because of the trans-boundary pollution that took place. Many situations of this nature have happened in the past and in fact we understood air pollution through the London smog of 1952 and the Donora smog of 1948.

Beijing in China has been in the news for adverse air quality quite frequently in recent times. In fact there were news of air taken from Banff National Park in Canada being sent to Beijing. Canned air was to be sold in China!

The deteriorating air quality pushed Chinese authorities to curtail traffic, close down power stations on the run up to Beijing Olympics as otherwise athletes would find it quite problematic. One may remember what happened to a Sri Lankan cricketer in Delhi. Oxygen bars have come up in many cities where you can pay and receive some quality air to breath – for a period!

Oxy99 is a similar partnership business in India that has responded with the similar service. The first in Delhi has been now opened. It has different types of scented oxygen rich air with cinnamon plus the can for your bag etc. 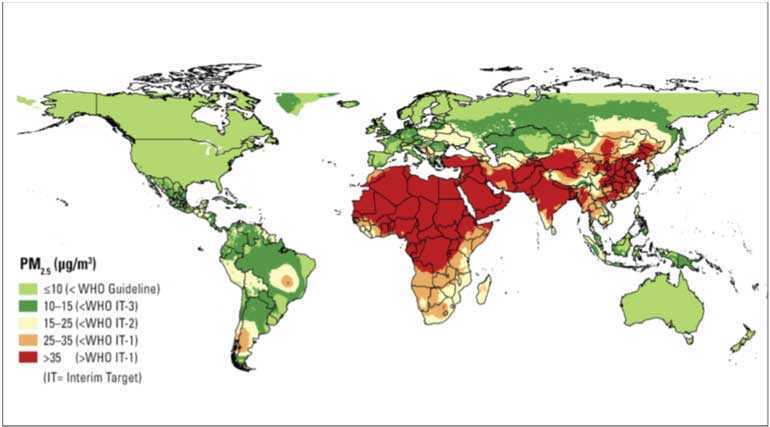 15 minutes of treatment can cost around Rs. 500. Pollution leads to a business case. Imagine adding this cost to the already burdened pocket of a citizen. Such exports and the demand demonstrate the impact on everyone and more to the more sensitive groups.

Today the fifth leading risk factor for mortality globally is due to air pollution – due to the air we breathe! It should be of concern to note that air pollution is more of a risk factor than some well understood risk factors – malnutrition and alcohol abuse.

Today much more is known about how air quality affects individual health and quality of life. A more recent understanding is that air pollution contributes to the development of Type 2 diabetes. From Asthma, Diabetes to Lung Cancer the potential disease burden is significant.

Of the parameters measured there are two that concerns most – fine dust and ground level ozone.  It is the former that was the concern in Colombo and in Delhi. This dust, so fine, can go deep into the lung and also to the blood stream carrying additional chemicals and other impurities with them.

Transport, power stations and cooking can cause such pollutants. Emissions from diesel vehicles cause fine particulates and these are usually coated with many chemicals – products of combustion and upon breathing all will go into the body. Diesel fumes in fact is today is classified as a human carcinogen and such findings are leading to diesel vehicles facing a ban in many cities in times to come.

The data from US Embassy AQI however indicates that breathing in Colombo is in general is not too healthy. Central Environmental Authority (CEA) has since June introduced a few high quality air quality measurement systems and continuous data are becoming available. The embassy records indicates that breathing in Colombo is healthy only for 24 days for a year (18 July-19 June) of the year after taking the AQI 50 level which is what WHO wants one to breathe. 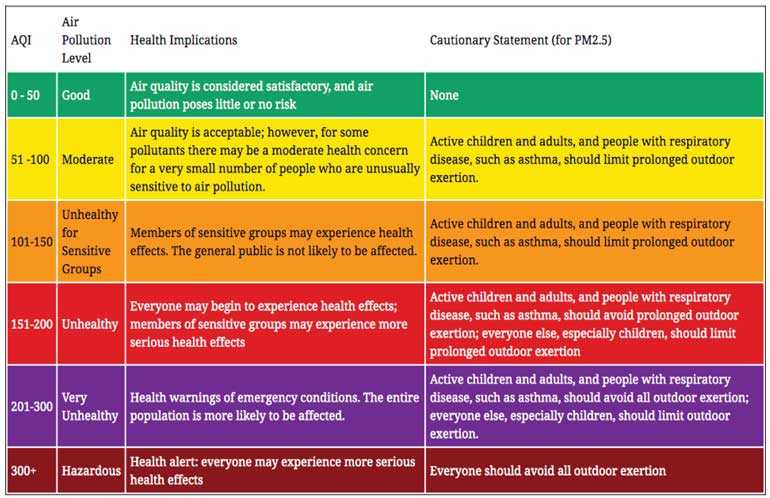 It is important to state that Sri Lanka too has an air quality improvement plan and what is important is the provision of budgetary provisions and activations of such roadmaps to realise results. In transportation electric vehicles with renewable energy is an important goal, which can yield benefits definitely. Yet we have seen inconsistent policy and tariff implementation in the country so way forward to clearing the air in our cities has too been inconsistent.

Air pollution takes its greatest toll on people age 50 and older. It is worrying to note that as per the latest available data from 2017, 92% of the world’s population still lives in areas where fine particle concentrations exceed WHO guidelines for healthy air.

It is also pertinent to understand that air pollution collectively reduces life expectancy by one year and eight months on average worldwide. We are aware in Sri Lanka that childhood asthma is on the rise and this has to be linked to air pollution.

Breathing foul air is not an enviable option – a sure way to a dusty death. If we still walk down that path with all the knowledge and technology available, we will only have ourselves to blame. As the statement made for Delhi it is important that people should understand the underlying causes and effect changes from within.

So if we cheat on when trying to obtain the emission certificate you should know that you are placing many in harm’s way including yourself. Invest to prosper and to be healthy rather than towards style and convenience that lacks substance. 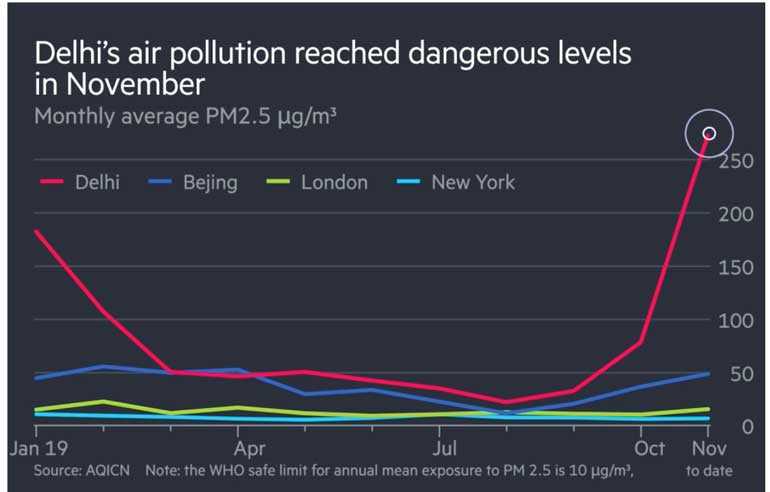