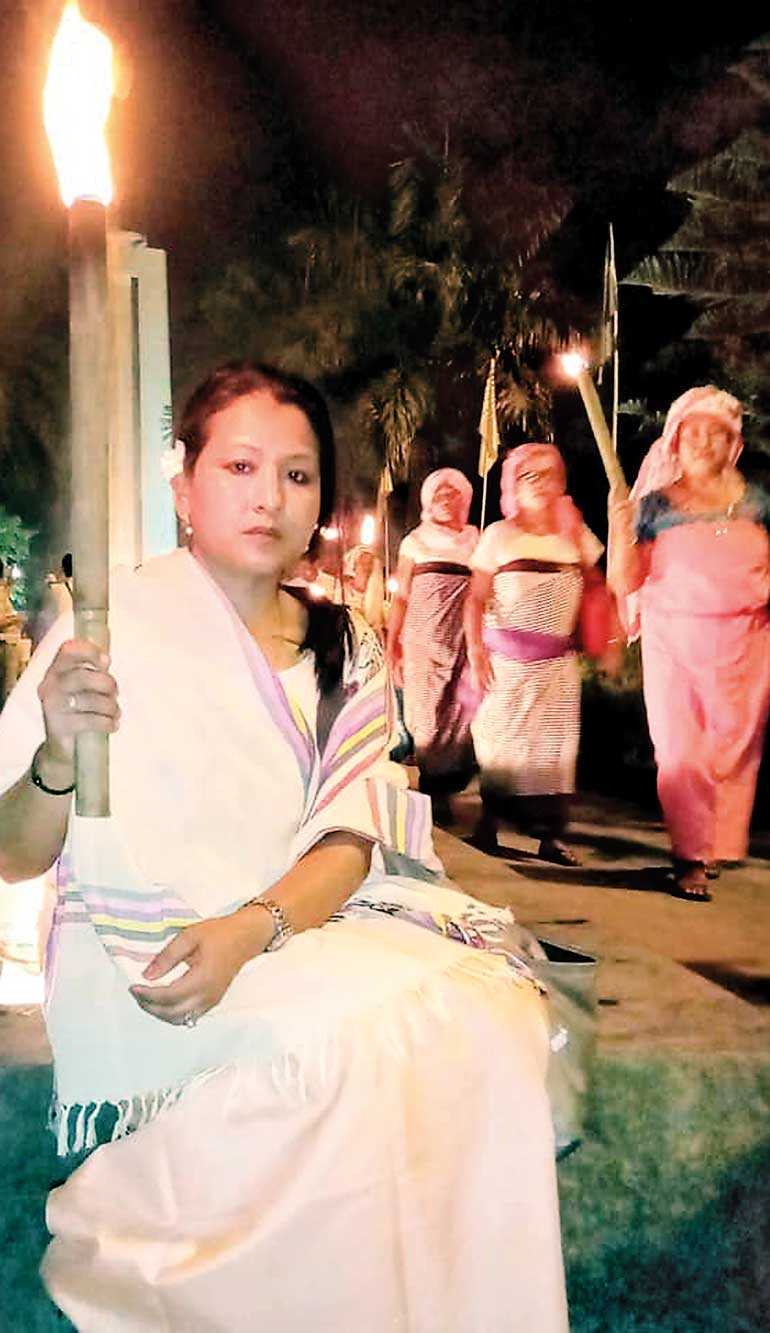 “Mistakes from our collective past are like any other: they require intervention--a remedy--to correct. They don’t erase themselves over time.”(Jonathan R. Miller)

The approach towards an inclusive and equal society, where all human beings are to be treated equally before the eye of law and every human being should have the right to remedy for the harm done to them, seems nothing but a façade when our memories goes back to the most iconic nude protest by few Manipuri women’s with a banner ‘Indian Army Rape Us’.

It was most harrowing and disturbing scene ever the world has witnessed that has questioned the very quality of humanity and conscience of every human. It has questioned our basic fundamental values. A group of nude women from North-East India was screaming and lamenting in front of the Indian Army Headquarters. They were yelling for justice; justice for the atrocities done to their near and dear ones by the armed forces, atrocities in the form of rape, extrajudicial killings, and enforced disappearances.

Decades have been passed since the world has witnessed this unpleasant incident but the situation remains the same in the region and their struggle for justice remains the same, the only difference is that throughout the years their approach of the struggle has become different. But for how long will they have to fight their own rights? Who will understand their plight and agony? How the harm done to them can be addressed? Those questions remain never ending.

In this very situation, the whole concept of reparation is nothing but an alienating word for these wounded hearts. The drive to inquire about the impact of those atrocities by the armed forces also accentuates about the failure of the existing justice system to address the plights of these peoples.

Understanding the plight of victim is one of the most difficult objectives prevailing throughout the history. This fundamental issue has raised serious concern and there were emphatic assays by various administrations since human beings started living as a community. In other words; crimes and punishments were inalienable pat of the social-contras of humanity.

There is no doubt that India like many other common law countries developed its comparative system to address justice and maintain social order. In the modern history of India, the systematic judiciary begins with the introducing of Mayor’s court.

Then in 1774 under the regulating act of 1773, the Supreme Court was established.

Since then Indian laws were evolved to address the needful of the society and administration.

New laws and special acts were promulgated to address the administrative necessities. Among them, much-debated act promulgated to ensure the sovereignty, territorial integrity, and ensure the internal security of the country was the Armed Forces Special Powers Act (AFSPA), 1958.

The act was an imprint of the Colonial Ordinance promulgated to suppress the Quite India Movement in India in 1942.The British Ordinance was later reformulated and reintroduced to crush the political turbulence and violence in North-East, India.

Soon after the independence when violence spread all over the Naga Territory (Naga is a major tribe in North-East India) the state administration was incapable to control the situation.

The latter asked for central assistance to combat the insurgency movement.

Since the Central Government of India had always a policy difference for the North Eastern States, they sent the army to quell the rebellion and restore normalcy in the region. And in response to that, the then President of India promulgated the Armed Forces (Assam and Manipur) Special Powers Ordinance on 22 May 1958, to confer ‘special powers’ on the armed forces and to provide them with a legal framework to function within the disturbed areas of Assam and the Union Territory of Manipur.

Subsequently, the bill seeking to replace the ordinance was introduced in the Parliament on 18th August 1958. While introducing the Armed Forces Special Powers Bill, the then home minister, G.B. Pant, argued that the Bill would enable the armed forces to function effectively in a situation marked by arson, looting, and dacoity.

The Bill, however, faced much opposition; several members of the Parliament argued that giving sweeping powers to the forces would lead to the violation of fundamental rights of the people.

It would allow the government to circumvent the Constitution to impose an emergency, without actually declaring it, and the armed forces would misuse the power of the government with impunity.

As Laishram Achaw Singh, an MP from Manipur described the bill as a “lawless law”. Nevertheless, after a debate of seven hours, the bill was passed by both the Houses of the Parliament.

The Bill received the President’s assent on 11 September 1958 and finally, became the Armed Forces Special Powers Act, 1958 that was to operate retrospectively from 22 May 1958.

The demoniacal AFSPA, 1958 was enacted to give additional power to the security forces to arbitrarily commit extrajudicial murders by shooting down a race of people, who have recently joined the Indian mainstream as ‘distinct people’ of NSGT (Non-Self-Governing Territories).

In the year 2015, the Government of Tripura has revoked the controversial Act from the State as insurgency is on the wane in the state. In 2019 AFSPA was completely removed from the state of Meghalaya and partially revoked in Arunachal Pradesh.

At present AFSPA, 1958 is effective in whole Nagaland, Manipur (except Imphal Municipal areas), Assam and parts of Arunachal Pradesh.

The reason for conferring such a power upon the Central government as stated in the ‘Objects and Reasons’ appended to the Bill, reads as: “The Armed Forces (Assam and Manipur) Special Powers Act, 1958 empowers only the Governors of the States and the Administrators of the Union Territories to declare areas in the concerned State or Union Territory as ‘disturbed’. Keeping in view the duty of the Union under Article 355 of the Constitution, inter alia, to protect every State against internal disturbance, it is considered desirable that the Central government should also have the power to declare areas as ‘disturbed’, to enable its armed forces to exercise the special powers.”

However, section 6 provides immunity to the armed forces operating in disturbed areas. The Armed Forces (Special Powers) Act 1958, section 6 states: “No prosecution, suit or other legal proceeding shall be instituted, except with the previous sanction of the Central Government against any person in respect of anything done or purported to be done in exercise of the powers conferred by the Armed Forces (Special Powers) Act 1958.  It denotes the mandatory requirement of obtaining the sanction of the Central Government before the institution of prosecution, suit or legal proceedings.”

Thus, the AFSPA has its genesis in the geopolitical conditions of the nation, arising since the colonial rule and its convergence in Independent India.

The political will to control the areas and bring them under a unified nation resulted in the rise of insurgency in the region and consequent violence. The AFSPA rose out of the Government’s authority to subjugate the dissident voices. A sketchy piece of legislation conferring wide powers to the armed forces was designed and made applicable.

Since the beginning, scholars were apprehensive of the vagueness and arbitrary nature of the legislation and its probable impact on civil society. Questions also persisted concerning the conformity of the Act in light of Constitutional guarantees and other statutory prescriptions.

Today, over 60 years later, there are many more questions than answers! Has the act served the objectives? What are the lessons to be learnt? What has been the implication of the Act upon the people? How to address the harm done to the people under the regime of the Act by the armed forces? Let’s discuss this in the next part of this series.