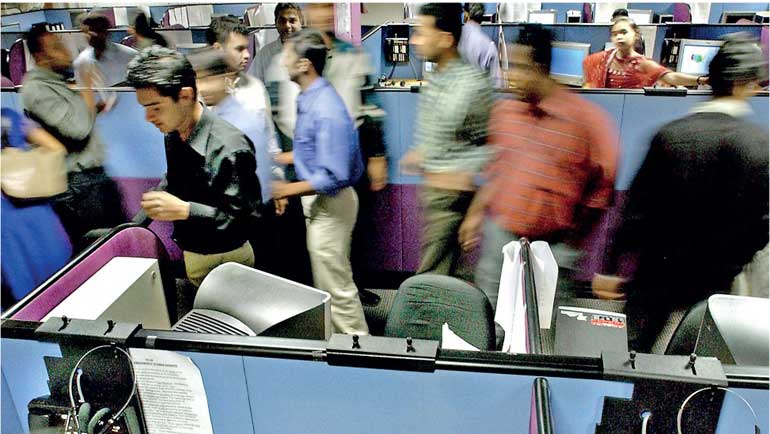 A brand new year has just dawned. As usual, people tend to have New Year resolutions. My suggestion is to go beyond resolutions, to have specific reinforcements. For that, I would like to share 17 suggestions for success, especially with Sri Lankan managers in mind.

We all complain about a lack of time. Even though, there are seminars, workshops, trainings and lectures on time management, we really cannot manage time. It is finite and fixed. Instead what we can do is “manage ourselves” in getting the best out of the given limited time. The only way to do that is to be efficient in our tasks. It involves minimising the wastages, reducing the defects, curtailing the deviations, etc. Let’s be efficient in 2017.

Being efficient is not enough. We can efficiently climb a ladder placed against a wrong wall. Effectiveness is results-related. It deals with the outputs and the outcomes. That’s where we need to bear the end in mind. The mistake we sometimes make is trying to be super-duper efficient, losing track of the larger goal. Let’s be effective in 2017.

As we know, empathy is getting into other people’s shoes and walking like them. In other words, it means having the ability to look at a problem or an issue from the other person’s point of view. Sri Lankan managers and administrators can improve vastly on this. Rather than jumping to conclusions by merely looking at one side of the story, a mature broad approach of being empathic is required. Let’s be empathic in 2017.

We need to be ‘corporate athletes’ in maintaining a healthy mind-body balance. Energy flows out not by consuming more energy drinks but by committing to exercising regularly. Unfortunately we see quite the contrary in the corporate world, where most of the things are remote controlled. Finding quality time for physical exercises on a regular basis will be one sure cure for physical inactivity. Having a healthy dietary pattern, in opting to be fit rather than fat is another vital need.  Let’s be energetic in 2017.

Happy employees are productive employees. That’s what the research says. Interestingly, that’s why some enthusiastic enterprises have resorted to the measure of ‘laughs per hour’. There are ground realities one cannot ignore. Either one has to find the work he or she loves to do, or love the work he or she has to do.

Having a positive approach to work is an absolute must. As Theodore Roosevelt said, “Do what you can, with what you have, wherever you are.” Let’s be enthusiastic in 2017.

“Dare to dream, dare to act, dare to fail, dare to succeed.” So goes an old saying. Everything begins with envisioning. As Walt Disney said, “If you can dream it, you can deliver it.” Unfortunately we see more day dreams in Sri Lankan workplaces, especially after lunch. The need of the hour is to be more growth-oriented in terms of working towards long-term goals. Let’s envision our future goals in 2017.

We need to enhance our knowledge and skills. With the internet as a vast ocean of knowledge offering a variety of informal learning approaches, learning has become part and parcel of our lives. Unfortunately, we visit the Internet to find figures instead of facts and figures.  Sharpening ourselves with cutting-edge knowledge is an absolute must in facing competition. As Socrates said a long time ago, we learn from the womb to the tomb.  Let’s enhance ourselves in 2017.

Employee engagement has already become a buzzword in business circles. It captures the essence of employees’ head, hands and heart involvement in work. It refers to employee’s psychological state (e.g. one’s identification with the organisation), his or her disposition (e.g. one’s positive feeling towards the organisation) and performance (e.g. one’s level of discretionary effort).

In brief, it captures the affective (feeling), cognitive (thinking) and behavioural (acting) dimensions of an employee. We need to engage more in order to excel. Let’s engage more in 2017.

This is essentially about being creative, in thinking out of the box. It reminds me of what veteran writer Kumaratunga Munidasa said a long time ago. “A nation without innovation will not prosper but will lie lamenting, being unable to beg.”  Innovation has the paved way for many a country to succeed in becoming globally competitive. Where are we with regard to innovation? How many new patents do Sri Lankans register annually? Nanotechnology can be sited as one promising area where innovation has begun to yield dividends. Let’s explore this in 2017.

As Lao Tzu said a long time ago, great leaders are leader breeders. Such a transformation can only be possible through empowerment. It involves, on the one hand, delegation, assigning tasks to others to handle whilst being accountable. On the other hand, it involves development. The fundamental mistake we make is to simply delegate tasks without developing the team. Let’s empower people in 2017.

This is all about continuation. We start things with a big bang and discontinue them halfway through. Sustainability has become a critical factor in the midst of business failures. Chaotic weather patterns across the globe are a grim reminder that eco-friendly practices of work need a lot more attention. What matters are not only profits and people but also the planet. Let’s endure in 2017.

In a rapidly changing, well-connected world, we need to embrace best practices and perhaps next practices. Take recruitment for an example. Rather than having an interview by a panel of senior members who have no idea about what real interviewing is all about, the time has come to move towards professionalism. There are new techniques to conduct behavioural interviews. Required competencies for a job against actual competencies of a candidate can be accessed through a well-designed assessment centre. The starting point is to acknowledge the need to change by appropriately adapting the new practices. Let’s embrace more in 2017.

It is a broad term capturing the physical, mental, emotional, social and spiritual facets of life. We need enrichment in a balanced manner in all the above fronts. Sadly but surely, what we see in the world is quite the contrary. There is an imbalance with the mad rush for material acquisition. As I saw in a poster somewhere, “We gain wealth by sacrificing our health and we regain health by spending our wealth”. Let’s enrich more in 2017.

It refers to getting involved totally, with complete participation. It differs from engagement to the extent where you need to be holistic and be willing to capture the fullness of a situation. Half-hearted, half-baked approaches with shabbily completing tasks are quite the opposite. The Asian term mindfulness aptly captures what you need to do fully in living in the moment. Let’s engross more in meaningful activities in 2017.

When Nelson Mandela was released from 27 years of rigorous imprisonment, the first thing he did was forgive his enemies. Then he said, “Reconciliation begins now.” It invites us to forgive and forget. In brief, it refers to erasing negative memories. The sooner we erase the negative memories, yet retaining the lessons learnt, the better it is for us to experience inner freedom. Let’s erase past negativities in 2017.

This is the subtlest aspect of all. It deals with practising the values. The numerous stories we heard, ranging from the global credit crunch to the Golden Key chaos, call for the need for ethicality. It is not achieving short-term gains either by hook or by crook but something much deeper, grounded in solid principles.

Ethics is difficult to define in a precise way. In a general sense, ethics is the code of moral principles and values that governs the behaviour of a person or a group with respect to what is right or what is wrong. “Do unto others as you would have them do unto you,” says the golden rule of ethics. Let’s emancipate in 2017.

Excellence is all about being exceptionally good. When applied to enterprises, it involves exceptional achievement in a consistent manner. For that to happen, employees have to excel as well. In doing so, they must demonstrate productive practices. Let’s excel in many fronts in 2017.

”Excellence is an art won by training and habituation. We do not act rightly because we have virtue or excellence but we rather have those because we have acted rightly. We are what we repeatedly do. Excellence, then, is not an act but a habit.” So said Aristotle a long time ago, which has much relevance for today and tomorrow.

The dawn of 2017 offers us another opportunity to have a fresh look at our lives. Embracing the 17 suggestions for success will ensure the exceeding of expectations, leading to excellence. May 2017 be a year of excellence for you as an individual, as an interactive team member and as an institutional employee.