Home / Columnists/ ‘No room for them’ must change

‘No room for them’ must change 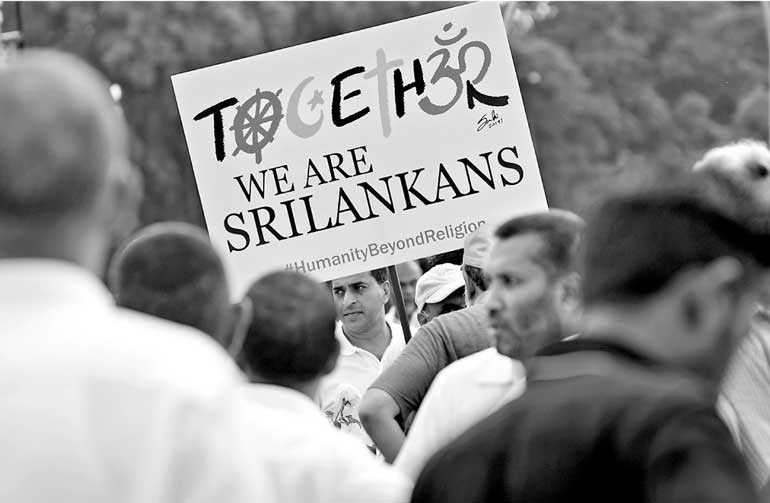 The protection of minority rights is an exercise of tolerance and intercultural dialogue. By encouraging mutual respect and understanding, the different groups that comprise a society should be able to engage and cooperate with one another, while preserving their own identity – Pic by Shehan Gunasekara

Minorities are all national cultural, ethnic, religious and linguistic minorities whose minority status has been recognised by national legislation. Minority rights are based on the recognition that minorities are in a vulnerable situation in comparison to other groups in society, namely the majority population, and aim to protect members of a minority group from discrimination, assimilation, prosecution, hostility or violence, as a consequence of their status.

It should be highlighted that minority rights do not constitute privileges, but act to ensure equal respect for members of different communities.

These rights serve to accommodate vulnerable groups and to bring all members of society to a minimum level of equality in the exercise of their human and fundamental rights.

While we are accustomed to discussing the situation of minority communities and the majority community in economic and political terms – their limited access to resources and opportunities, their lack of representation within national or local governments, cannot be denied.  Indeed, the right to culture is central to the enjoyment of a whole host of other rights, from education and health to language and livelihoods; without it, a fair and equitable life is impossible to achieve.

Free and full participation means the ability to engage in mainstream culture as well as the ability to maintain an identity that is distinct from it. This requires, simultaneously, a respect for equality and difference – principles that many states have failed to reconcile. The state may amplify differences to stigmatize the communities in question. In other cases, rights of the minorities may be denied in the name of national unity or ‘shared values’. In either case, the end result is the silencing of marginalized communities and the atrophy of their unique traditions.

Even in contexts where the cultural rights of minorities and the majority are well established, their continued freedoms depend on a constant reaffirmation of tolerance, awareness and understanding between different groups.  It is also reflected in the need to accommodate diverse and dissenting voices within their communities in the interpretation and practice of their beliefs and customs. Otherwise, culture can become a tool of oppression rather than emancipation, with the rights of some members subordinated in the name of caste, religion or tradition.

Where cultural practices violate human rights, the latter must take precedence, in line with international norms. Though the definition of culture has been contested for decades, there is now widespread recognition that it underpins almost every area of life. Its repression, in turn, can devastate the health, dignity and well-being of minorities and majority community.

This includes perpetrators of hate crime, cultural markers such as language or dress are often the primary focus of their attacks – a situation that may result in minorities being forced to conceal their identity.  Tragically, the active targeting of culture and the deep trauma this can inflict on communities is part of a wider attempt to demoralize such communities and ultimately eradicate them permanently from the region.

While efforts are at present concentrated on security, protection and humanitarian relief, it is essential that the eventual return and reintegration of displaced communities is accompanied by the restoration of their cultures and traditions.  Encouragingly, many minority communities are themselves drawing on their rich cultural traditions – often in vigorously new ways – to advocate for change.  However, we still have a long way to go.

In Sri Lanka amid increased fears of terrorism and the impact of austerity, the resurgence of the far right has encouraged renewed assaults on minorities and their beliefs.

A government’s mission is, therefore, to contribute to the building of peace, the alleviation of poverty, sustainable development and inter-cultural dialogue through education, the sciences, culture, communication and information, all of which are of fundamental importance to the well-being, dignity and equitable development of the indigenous minority communities.

The cultural vitality of minorities should therefore never be taken for granted.

In Sri Lanka amid increased fears of terrorism and the impact of austerity, the resurgence of the far right has encouraged renewed assaults on minorities and their beliefs. A government’s mission is, therefore, to contribute to the building of peace, the alleviation of poverty, sustainable development and inter-cultural dialogue through education, the sciences, culture, communication and information, all of which are of fundamental importance to the well-being, dignity and equitable development of the indigenous minority communities

Respecting indigenous minority rights is indeed imperative and merits a comprehensive approach to rectify deep-rooted historical injustices, address structural weaknesses in recognizing their unique ways of life, eliminate their marginalization from decision-making processes and address existing development gaps. The cultures and lifestyles of minorities are often undervalued or misunderstood, resulting in norms and rules that may not always be appropriate or can even lead to assimilatory policies.

Insufficient legal recognition of their rights, as collectivities, to self-determination, as well as the ancestral lands, territories and resources on which they intimately and directly depend, can result in immediate threats to their survival, both as individuals and as communities.

Repression of minority cultures breeds alienation from the society and resentment towards the state, as well as encouraging intolerance among the majority community.  Their traditional knowledge is ignored. Minority communities have yet to receive substantial redress for their displacements and historical injustices and the continuous rejection of their cultural autonomy. Such injustices have left deep wounds in their relationship with the state.

The voices of minorities are often not heard, resulting in policies that fail to take into adequate consideration the aspirations and priorities of indigenous minorities. Under such circumstances the minorities must struggle to maintain the multiple facets of their identity, such as their lifestyles, governance and conflict-resolution mechanisms, as well as their languages, traditional knowledge and practices.

Education has an important role to play in strengthening and protecting minority and indigenous cultures. The teaching of histories, beliefs and traditions helps to counteract prejudice and promote good relations between those communities and other segments of the populations. The teaching of history in particular is an important tool in restoring respect towards minorities and the majority community.

By tying individuals together through the assertion of shared histories, norms and attitudes, it can be a force for unity.

Pluralist and genuinely democratic society should not only respect the ethnic, cultural, linguistic and religious identity of each person belonging to a national minority, but also create appropriate conditions enabling them to express, preserve and develop this identity. Creation of a climate of tolerance and dialogue is necessary to enable cultural diversity to be a source and a factor, not of division, but of enrichment for each society.

Minority rights serve to bring all members of society to a balanced enjoyment of their human rights.  Central to the rights of minorities are the promotion and protection of their identity. Promoting and protecting their identity prevents forced assimilation and the loss of cultures, religions and languages—the basis of the richness of the world and therefore part of its heritage.

Minority rights are about ensuring respect for distinctive identities while ensuring that any differential treatment towards groups or persons belonging to such groups does not mask discriminatory practices and policies. Therefore, positive action is required to respect cultural, religious and linguistic diversity, and acknowledge that minorities enrich society through this diversity.

The protection of minority rights is an exercise of tolerance and intercultural dialogue. By encouraging mutual respect and understanding, the different groups that comprise a society should be able to engage and cooperate with one another, while preserving their own identity. The basic elements required for the realisation of this goal are to promote knowledge of minorities’ culture, history, language and religion in an intercultural perspective. In other words, the protection of minority rights can promote an inclusive, peaceful and cohesive society, with respect for diversity. Inter-ethnic tensions, divisions and exclusion that remain unaddressed can easily become a source of instability and conflict.

Dealing efficiently with minority-majority relations in the aftermath of ethnic conflict is central to achieving a durable peace. In this regard, the protection of national minorities is not only fundamental to enhance social cohesion in diverse societies, but also essential to achieve democratic security, sustainable development and peace in a context of instability.