“Doing something” about social media? 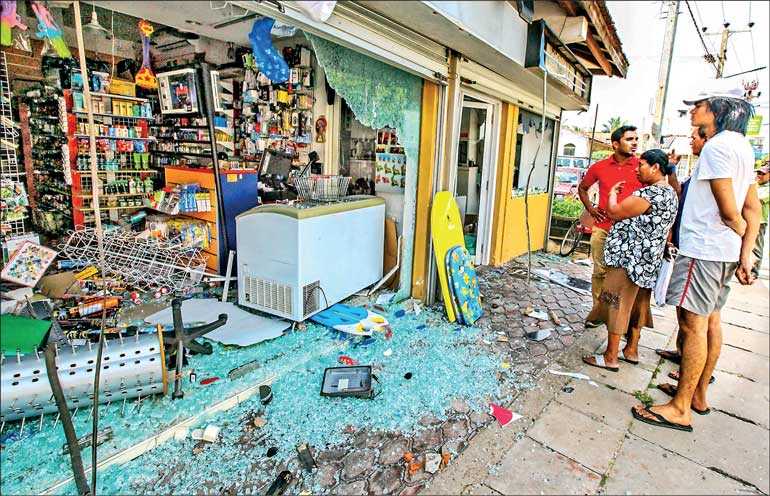 Since the tragic terrorist incidents and pogroms of April and May, concerns about social media have been reverberating throughout our society. We are under pressure to “do something,” even without fully understanding the problems we seek to solve and the viable solutions.

The term “social media” is not the most illuminating. Facebook differs from Twitter and both are very different from TikTok. All these are platforms (that allow for users and producers to connect) and all depend on user-generated content: content generated by millions of users with no chokepoints conducive to regulation (otherwise known as editors, producers and media owners). But beyond that, the affordances of each are very different.

There were 2.4 billion active users on Facebook by 2019 Q2, but none of the millions of content producers can gain the attention of all 2.4 billion people. Attention is a finite, valuable resource and the design of the platform requires work to be done to gain attention. Some fail, while others reach audiences in the lakhs and millions.

How does one attract attention? Humans are genetically programmed to pay attention to signs of danger and opportunities of procreation. So in general, those who seek to assemble large and engaged audiences tend to emphasise attention-gaining content that leverage violence and titillation. Those who seek to maximise audiences for political purposes tend to purvey polarising content based on fear. Mainstream media do this too, but the new platforms do it better, mobilising the ingenuity of the crowd and data.

Selling aggregated attention to advertisers is how platform companies dealing in content make money. So their algorithms and design are optimised for attention gaining and holding.

What bad guys do

Yuval Noah Harari likens terrorists to a fly that wishes to destroy a china shop. The fly cannot budge even a single cup. Instead it gets inside the ear of a nearby bull and starts buzzing. The bull goes wild with fear and anger and destroys the china shop. What role is played by media in the buzzing?

After the coordinated bomb attacks on 21 April (the enraging of the bull), social media is seen as having played a role in the enraging of the bull which took the form of pogroms against Muslim citizens. Some have claimed that the three blockages of social media by the telecom regulator on orders of the President were necessary to prevent violence, which does not fully explain what happened in the North Western Province and the Gampaha District on 13 May and the resulting harm to our multi-ethnic society (the damage to the china shop).

But first, terrorists (the fly) have to recruit and raise money. Zahran used YouTube to recruit, and Facebook to draw attention to the video clips. The terrorists used Threema, an encrypted messaging service, to coordinate their activities. It was also reported that important discussions occurred face-to-face, including at a wedding on the east coast attended by the Colombo murderers, and after Friday prayers in a BMW car belonging to the financiers.

Complaints had been made prior to the attack about the Facebook pages and YouTube videos. In some cases, the authorities had declined to takedown pages so they could continue to gather

What can we do?

Would the events of 13 May have happened if not for social media? As shown by the Divaina newspaper in the case of Dr. Shafi Shihabdeen, mainstream media, though in decline, can still aggravate the rage of the bull and cause significant damage. When some Facebook groups are larger than the circulation of most newspapers, one cannot ignore the potential of social media to amplify violence-inciting messages.

Many who want something done about social media disregard the culpability of the old ways of transmitting hate. The enraging of the bull by the LTTE’s killing 13 soldiers in the north in 1983 caused immense and lasting damage to Sri Lanka. No social media or mobile phones existed at that time.

So it is necessary to ensure that all laws criminalising incitement to violence are technology neutral. And even more importantly, that cases against those violating such laws are expeditiously concluded and that punishments are well publicised. Exemplary punishment is what will deter future hate speech, not the length of prison sentences in unenforced penal provisions.

What is the objective: is it to punish miscreants or is it to prevent conflagration? If the latter, the solution must give priority to prompt takedown of the incendiary content. That means steering clear of state action under law.

In all law-governed countries, penal actions are preceded by some form of legal and quasi-judicial proceeding wherein the state presents an indictment; the affected party is given an opportunity to defend him or herself; and an “unbiased” authority makes a decision. As a result, state action resulting in a takedown or other punishment will necessarily take a few weeks at least. By that time, the damage will have been done.

Thus, the best way to avoid violence resulting from terror attacks is cooperation with non-state parties who can takedown offensive content promptly based on community standards that are part of the terms of service. This requires continuing dialogue between state authorities and platform companies, with the participation of civil society groups who can assist in shaping appropriate community standards that can be applied by platform companies.

Preventing the recurrence of attacks such as those on 21 April is even more complex. As Muslim organisations which complained against the hate speech of Zahran were told, investigators sometimes need the content to be kept up in order to identify potential terrorists and to unravel their networks. These trade-offs are best made by those engaged in investigating terrorism and extremism, rather than dealt with through legislation. Of course, actions such the takedown of violent videos by YouTube and the tweaking of its recommendation algorithms must be continued.

The Christchurch Call, an initiative led by the Governments of France and New Zealand, which has been joined by countries such as India and Indonesia as well as by the major platform companies such as Facebook and Google, presents a law-governed framework for acting on social media that preserves core democratic values including the freedom of speech. Sri Lanka should seriously consider aligning its actions with the Christchurch Call, rather than hurriedly “doing something” that could do more harm than good.