The All Ceylon Cigarette Tobacco Barn Owner’s Association met with Minister of Finance Ravi Karunanayake this week to discuss issued faced by them.

They said introduced to Sri Lanka under the direct guidance of The Department of Agriculture over 80 years ago, tobacco cultivation has today become an economic crop. Further, tobacco cultivation has contributed approximately Rs. 2 billion to the rural economy while saving colossal amounts of foreign exchange to the Government if the crop were to be imported. As of today there are over 20,000 tobacco farmers and over 300,000 livelihoods that depend on tobacco cultivation. 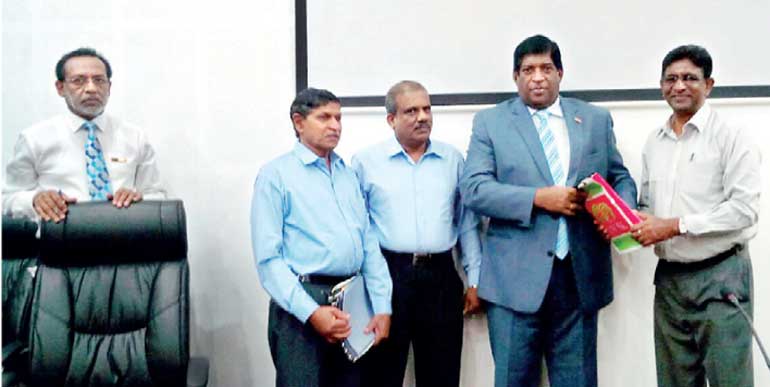 In this backdrop, the Association said it is no secret that tobacco farmers have had to face numerous challenges such as unlawful enforcements, cultivation restrictions and even lower demand on locally grown tobacco due to high prices of legal cigarettes. The latest regulation to ban single stick cigarette will further cause issues for tobacco farmers. All of these issues will directly influence the livelihood of tobacco farmers and its dependants.

Therefore, an appeal containing grievances of tobacco farmers was presented to the Finance Minister. The Association further discussed matters pertaining to alternative cultivation. The Minister has ensured that the matter will be reasoned and a favourable response will be given to tobacco farmers.  “Though the national program of the Government to eradicate the drug menace should be appreciated, it must present a responsible and justifiable remedy for the lives of innocent tobacco farmers. We hope that with the intervention of the Minister, we will be given a fair solution soon,” the Association said.