Home / Business/ ‘Port of Galle to be made a tourist port’: State Minister of Ports Development Kanaka Herath

‘Port of Galle to be made a tourist port’: State Minister of Ports Development Kanaka Herath 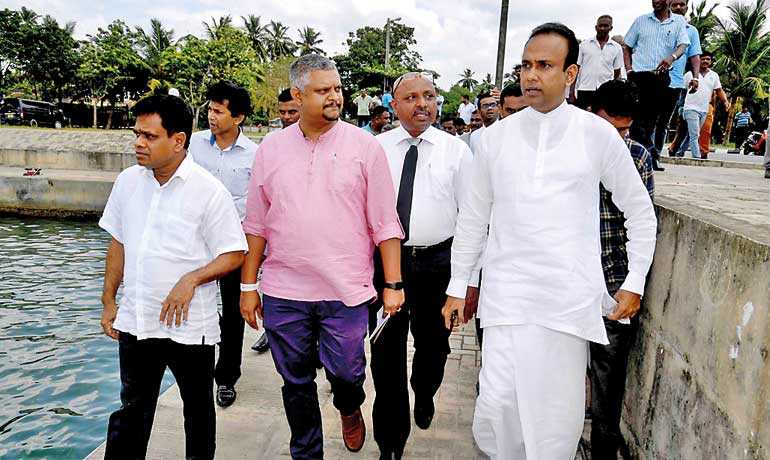 State Minister of Ports Development Kanaka Herath made a special inspection visit at the Port of Galle recently with the objective of seeking possibilities to make it a tourist port.

At the visit he said that the Government was working on the guidance of President Gotabaya Rajapaksa to rebuild the Sri Lankan economy which had collapsed in recent times and accordingly, steps would be taken to develop the Port of Galle under instructions by Minister of Ports and Consumer Affairs Johnston Fernando.