Politicians must discard biz interests when elected to P’ment: Eran 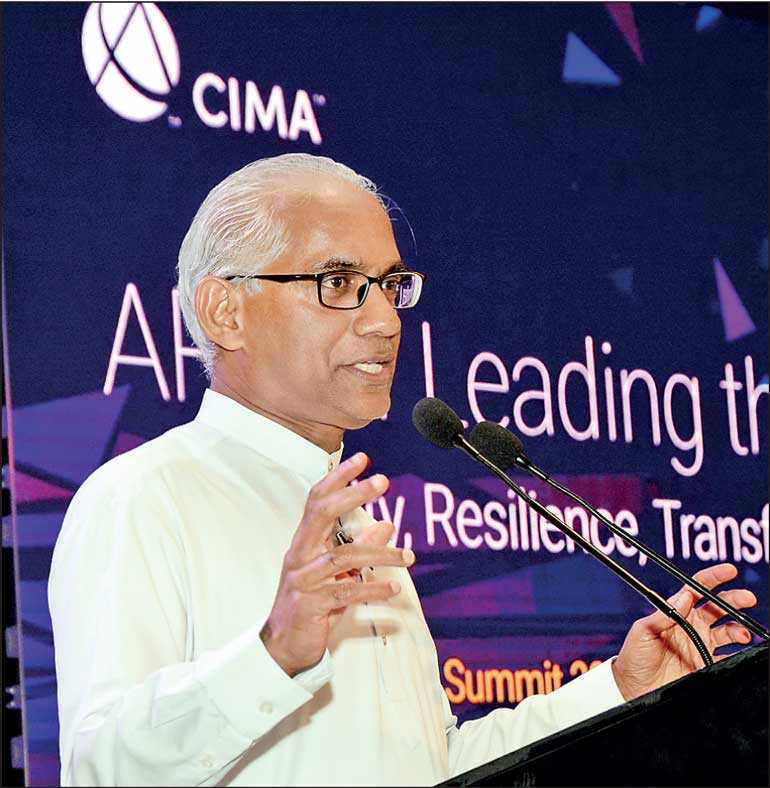 State Minister of Finance Eran Wickramaratne this week said politicians must discard their businesses interests when they take up public office as this engenders conflicts of interest that impact on the independence of the public sector and also undermine national policy making.

Delivering a speech at the inauguration of CIMA Business Leader’s Summit 2019 under the theme ‘Art Leading the Shift,’ the Minister said that politicians should discard their business interests when they are chosen by the public to serve in Parliament.

“We must all agree that if you’re a Member of Parliament, and if you’re invited to serve in the Cabinet of the country you should not have business interests. Often people come up to me and say things like ‘we need national policies; it doesn’t matter which party is in government, we need national policies’. I don’t disagree but there are more fundamental issues first to be resolved,” he said.

The Minister said that even though Sri Lanka consists of sufficient national policies, in order to grow as a country, the efficiency of the public sector should be improved by addressing fundamental issues such as the politicized recruitment system, and instead create a framework based on meritocracy that also provides space for proper training of public servants.

“I don’t think a country can proceed beyond its public sector and therefore, in order to have a thriving public sector we need to make some mental shifts in how we are going to change it. The foundational issue of management in the public sector lies in its rewards and punishment system.

Unlike in the private sector, promotions, bonuses are not based on performance and there is no functioning system or penalisation for wrongdoing. In fact most decisions are at the discretion of somebody, often politicians,” he said.

The State Minister also stressed on the fact that due to the lack of market based salaries, the public sector is unable to attract educated professionals, thus hurting the bureaucracy’s efficiency. He said that in order to change this system and to bring the focus back to performance, the public should get together to pressure changes in the system.

“We need to change this mindset that politicians are there to hand out jobs, we must demand more transparency,” he added.

The Minister also noted that public servants should also get similar opportunities of training similar to the private sector to increase the talents and efficiency of State-Owned Enterprises.