In commemoration of People’s Bank’s triumphant 58th anniversary, a blood donation camp was organised by People’s Bank Welfare Department and the People’s Bank Sports Club. Held at the bank’s Old Staff Training College in Colombo, the blood donation drive received an overwhelming response from employees, who participated enthusiastically to make the initiative a success.

Setting the tone from the top, People’s Bank Chief Executive Officer/General Manager Rasitha Gunawardana, along with the corporate and executive management, participated in the social responsibility project. As a bank that is ‘The Bank of the People’, People’s Bank is closely engaged with the nation’ social fabric and regularly conducts a variety of corporate social responsibility projects that have a positive and lasting impact on communities within which it operates. Over the last 58 years, People’s Bank has demonstrated its commitment committed to supporting the country’s development, which it sees as one of its foremost responsibilities as a state bank that makes a valuable contribution to the nation’s economy. 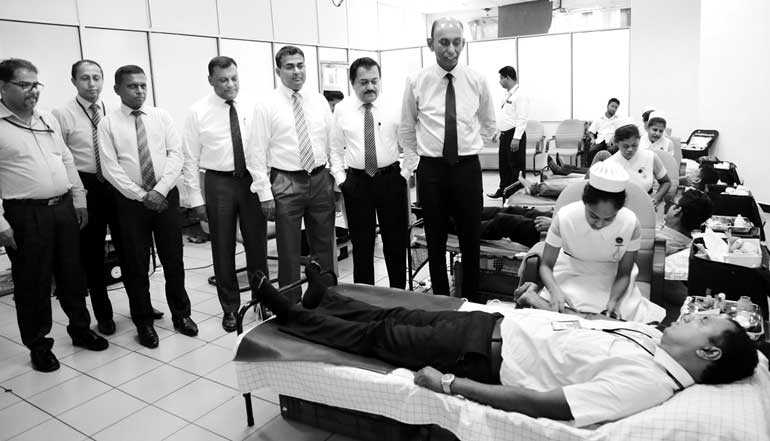