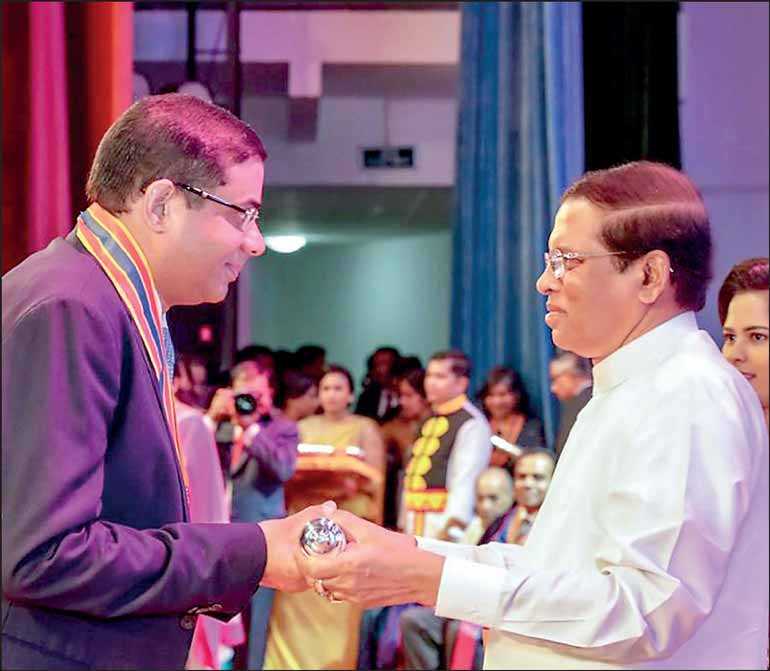 President Maithripala Sirisena conferred ‘National Honours’ on 70 distinguished personalities to honour the outstanding service rendered by them to the motherland.

The ceremony was organised by the Presidential Secretariat and was held at the BMICH yesterday amongst a large gathering of people.