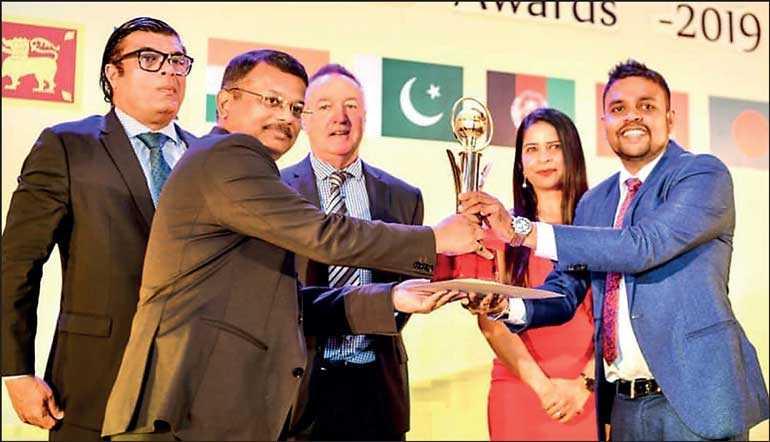 South Asia’s most excellent Social Entrepreneur of the Year 2019 has been awarded to Dulan Hettiarachchi in recognition of his remarkable initiative for building 52 houses across the island for the poor.

He had been the think tank of the concept to utilise the money people used to spend on coffee and cigarettes to be saved or sacrificed and build houses for those who are in need.

Dulan’s efforts were internationally acclaimed when he was awarded as the ‘Best Social Entrepreneur’ by the Australian Multi Cultural Department in the year 2017. He had also served the Sri Lankan Embassy in Australia and China as a Diplomatic Officer.

Furthermore he had served as ‘Social Ambassador’ for Cricket Australia for a period of two years. He has cleverly used the influential international connections he had established during his diplomatic service for his social responsibility initiatives in order to uplift the lifestyles of those who are in need.

Another pivotal movement spearheaded by Dulan Hettiarachchi is ‘Nihandiyawata Hetak’ theme which was formulated as a national organisation to eradicate noise pollution in the roads of Sri Lanka.

Excessive honking by vehicles has created a severe catastrophe pollution wise in the country in resulting an adverse effect on the tourism industry as well as to the health of the people. ‘Nihandiyawata Hetak’ movement has taken the initiative to educate the people and create awareness and is making a valiant effort to minimise noise pollution and to have a clean and healthy environment in our beloved motherland.

Dulan Hettiarachchi, a former student of Sri Jayawardenapura University in Sri Lanka and Monash University in Australia, has twice been awarded with the President’s Environment Award in 2005 and 2019.