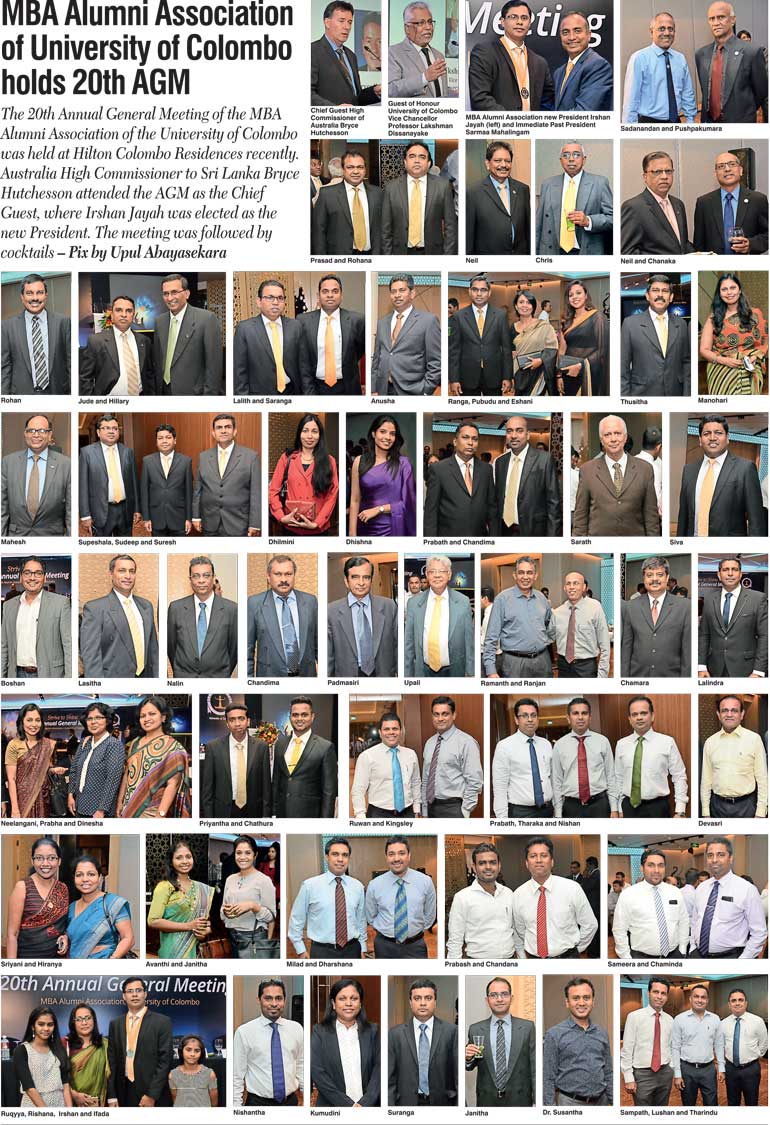 The 20th Annual General Meeting of the MBA Alumni Association of the University of Colombo was held at Hilton Colombo Residences recently. Australia High Commissioner to Sri Lanka Bryce Hutchesson attended the AGM as the Chief Guest, where Irshan Jayah was elected as the new President. The meeting was followed by cocktails – Pix by Upul Abayasekara